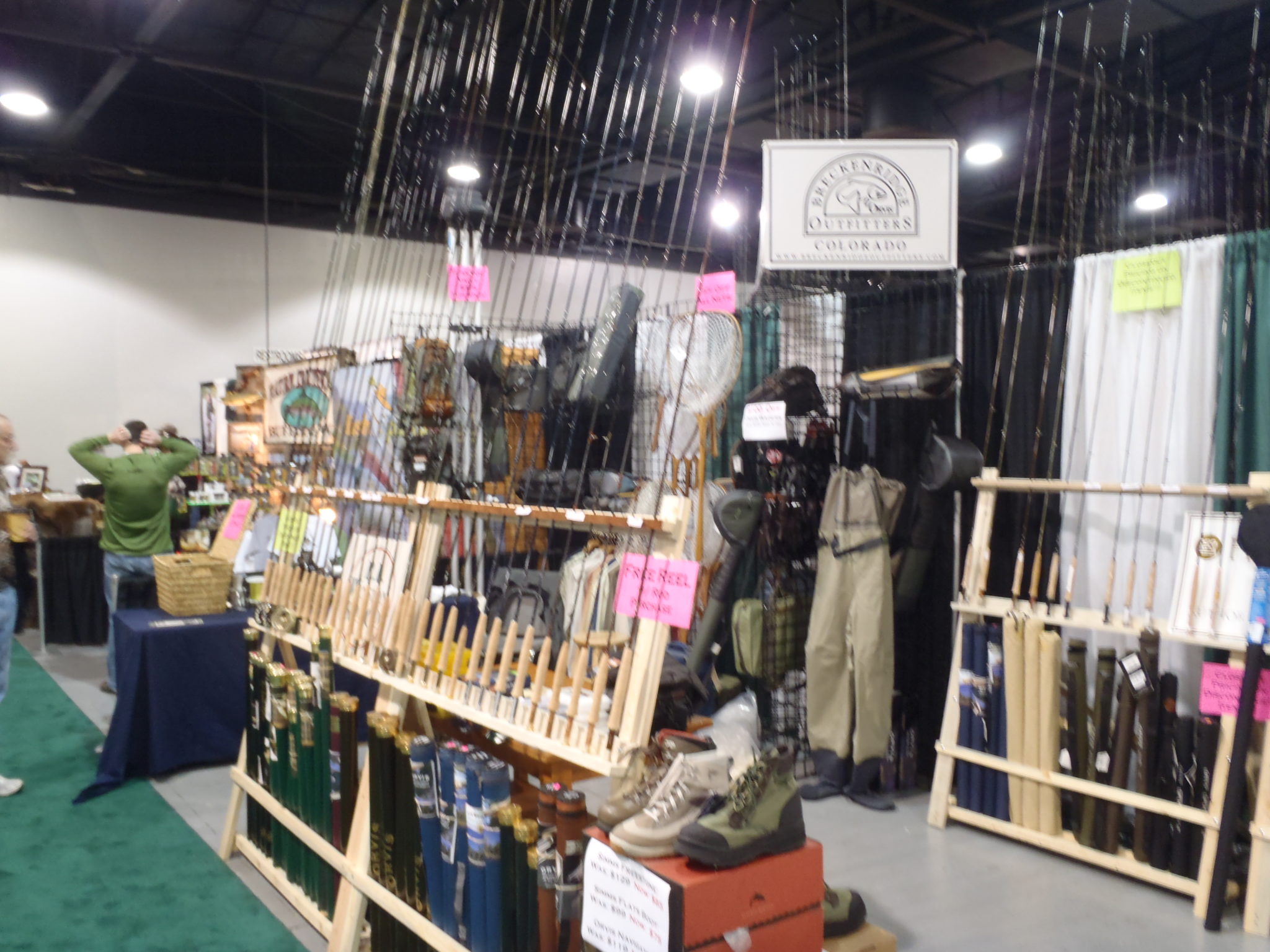 I managed to make it to the Denver Fly Fishing Show last weekend despite the snowy roads (thank you Jeep!).  I’ll admit that I brought certain expectations with me.  I’ll also admit that they were not met.

Overall, I didn’t see much real innovation–just a lot of overly complicated, overpriced superfluous gear design.  Not much to write about (which is why I only snapped the one lousy picture above).  There was no talk of Tenkara aside from a conversation I had with a former colleague of mine from many years ago when I worked at an Orvis dealer.  He used to be our Orvis sales rep and is an amazing guy (always on the cutting edge).  He now works for Hardy and when we bumped into each other at the show, he pulled me over to the Hardy booth to talk about Tenkara.  Coincidentally, he happened to be looking into Tenkara rods the day before and I gave him the rundown.  Let’s just say that he is VERY interested and will have one in his hands soon.

At the booth, I got a chance to check out some of the latest Hardy designs and I have to say that I never thought one of the oldest and most “traditional” fly fishing gear companies in the world would be responsible for some of the most innovative and unique designs I’ve ever seen.  Their booth was the only one that impressed me.

Anyway, aside from scoring a few cheap furnace hackle capes to tie up some Tenkara flies and reconnecting with an old friend, the show was pretty lackluster.  Were you at the Denver Flyfishing show this year?  What were your impressions?  Did you come away with any cool swag?