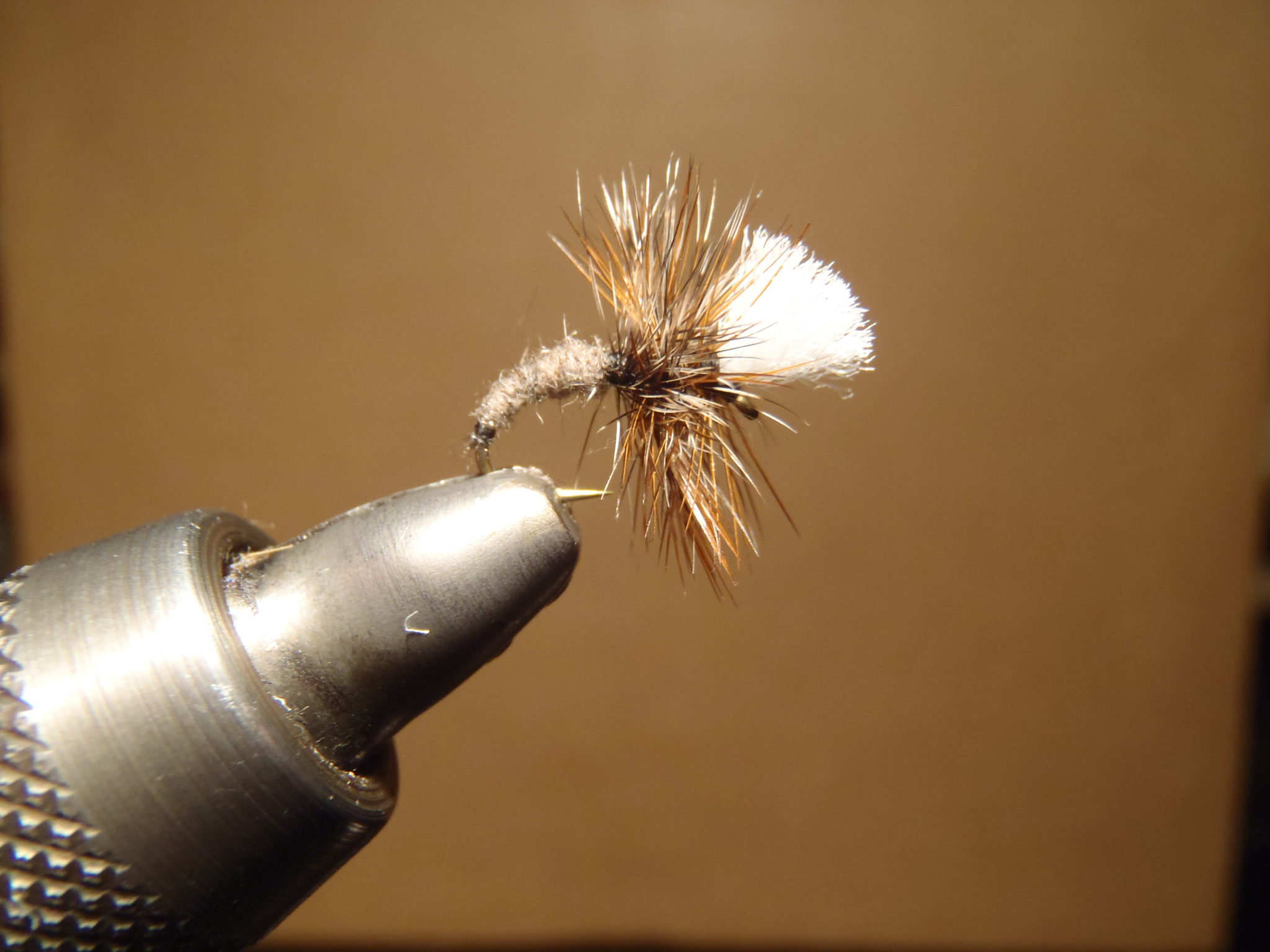 So I’ve been tying different variations on the Japanese hammer and thought it might be good to tie some in a tried-and-true color scheme:  the Adams.

This pattern pretty much has everything I want for fishing the high mountain streams of the Rockies:  it’s buggy, buoyant, hi-vis, and easy-to-tie.  Tied in the colors of the venerable Adams, I think this will be a very productive pattern and is a good candidate for my “one” fly.