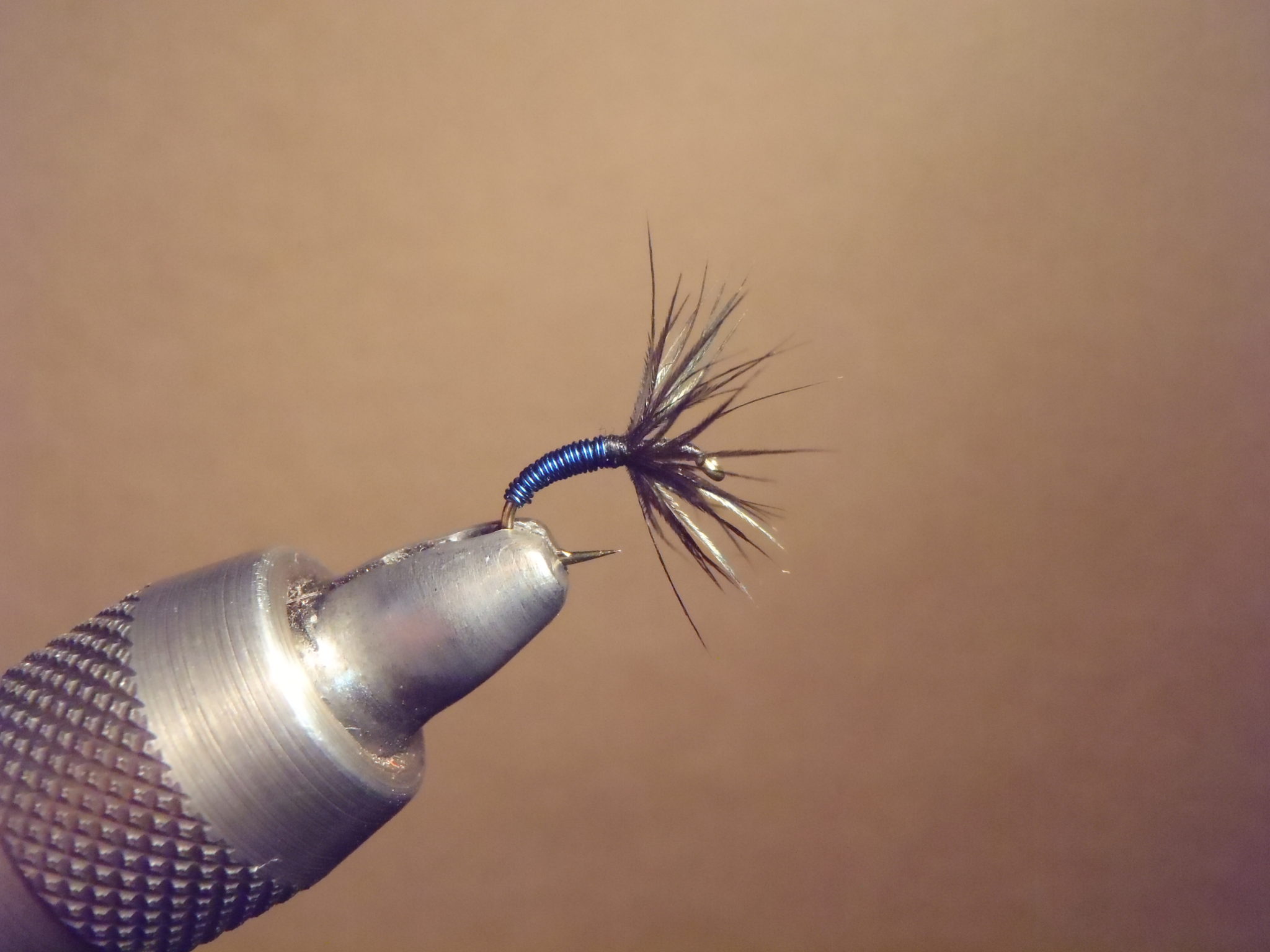 While I tend to prefer dry flies and don’t fish sinking flies much, I thought it would be fun to start experimenting with some reverse hackle Tenkara wet flies.  When I do fish wet flies, I usually want them to sink fast.  So, I’m playing around with some different ideas for Tenkara-style flies that use copper wire for the body to give them a little more weight than the traditional thread bodies.  Also, I’ve been reading a lot lately about the effectiveness of blue-colored flies.  And that’s what inspired this pattern.

It’s called the “Ninja’s Victim” because it goes down fast and is black and blue (get it?).  It’s a very simple pattern but one that I think has a lot of fish appeal (like iridescent Starling hackle).  Here is the recipe:

I’m thinking about adding a peacock herl thorax to add to the iridescence but am not sure if that would slow down the sink rate.  The Starling already makes it look buggy enough so maybe the peacock herl is redundant.  I guess I’ll just have to put it in front of “the judges” to get the final verdict.