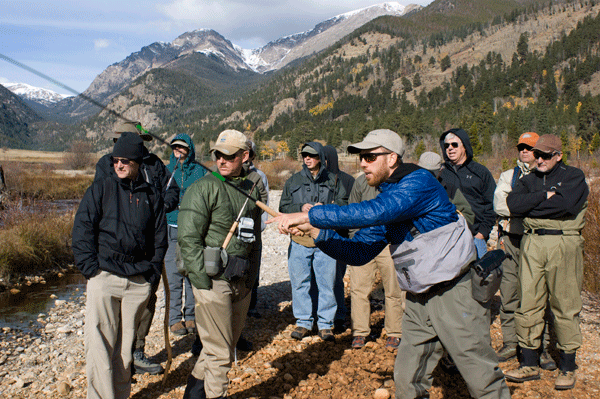 I just got back from the Colorado tenkara outing and am happy to report we had a great turnout!  About 15 people showed up with a diverse mix of skill levels–everything from complete fishing novice to experienced fly angler tenkara converts.

Daniel Galhardo from Tenkara USA gave several on-stream demos of tenkara techniques and busted a lot of myths about tenkara.  I took a fair amount of video of his demonstrations and will post them soon but in the meantime, here’s an action shot:

It was also my first time to fish my new Tenkara USA Ito and new Kevlar furled line.  The flow was pretty low and the fishing was tough but I managed to christen my new Ito with a monster brown trout. 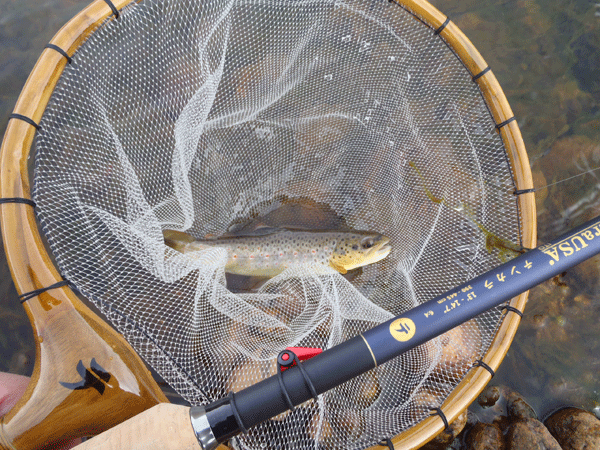 Daniel gave the group a top to bottom view of tenkara and enlightened us with a lot of anecdotes from his experiences in Japan. 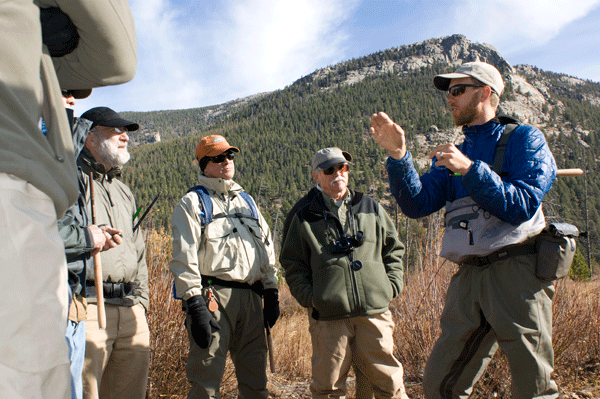 Of course, there was a lot of gear talk.  We all compared flies, fly boxes, waders, nets, and rods.  I brought a bunch of Tenkara USA rods so that people could try them out but one major point of conversation was one of Daniel’s DIY tenkara nets: 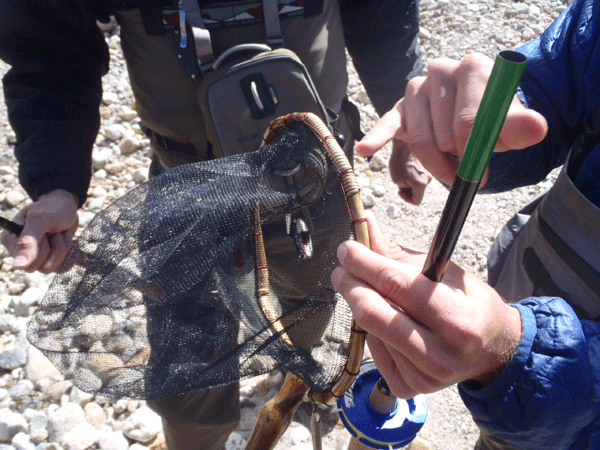 The group was great and everyone was very interested in learning about tenkara.  Some even got to try tenkara for the first time! 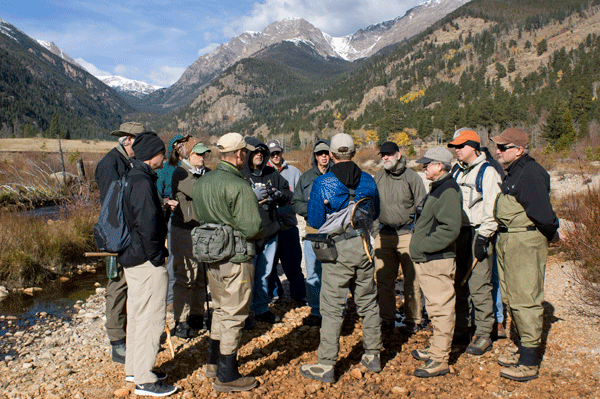 While Daniel and I have been friends for a long time, it was actually the first time we’ve met in person so it was a very special occasion for me.  Oh, in case you’re wondering, I’m NOT as tall as I look in this picture.  I’m just standing on a slope. 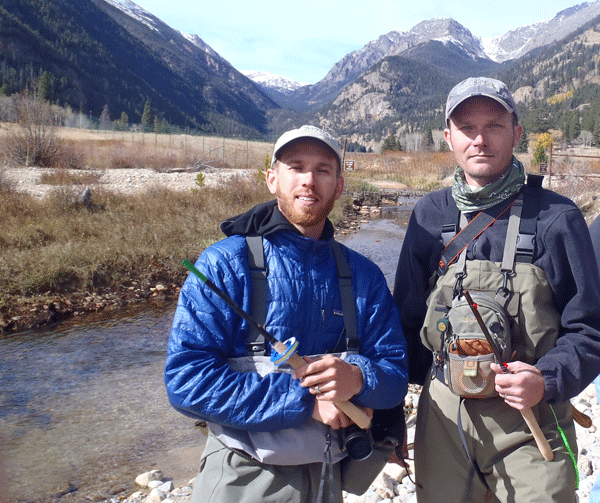 All  in all, is was a great day, I learned a lot about tenkara, and got to meet some great people.  Hopefully, this will be the first of many tenkara outings in our great state of Colorado!