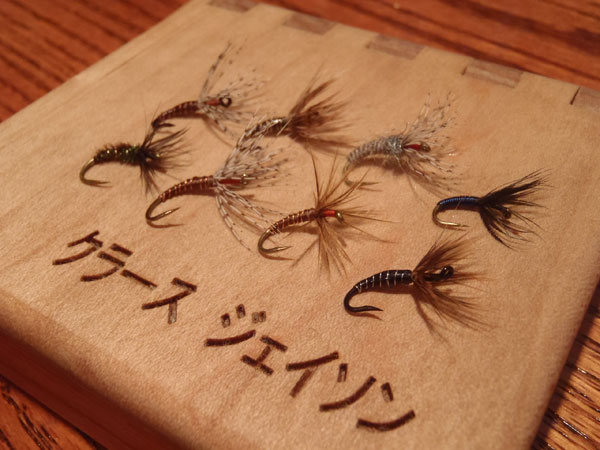 I’ve always considered myself a confirmed dry fly fisher but have recently taken an interest in fishing sakasa kebari wet flies.  I’ve had a number of experiences lately that are convincing me more and more that they’re not only effective, but just as fun to fish as surface flies (though for different reasons).

The main attractor quality of these flies is the motion of the reversed hackle opening and closing as it’s animated in the water by twitching the rod tip.  While I’ve fished them successfully, I’d never closely studied what was going on below the surface to see why the trout might find them so appealing.

So, today, I bought a small aquarium and dragged a few sakasa kebari through the water to get a better understanding of why these flies are so effective.

So what does your sakasa kebari look like underwater?

I tested the three most common hackle types for tenkara wet flies (hen, partridge, and starling), and threw in a wildcard:  emu. Before the experiment, I thought the first three would all perform similarly but my money was on the emu for having the most motion.  What I found was a bit of a surprise.  Watch the video and then I’ll explain below.

While the hen, partridge, and starling hackle all seemed to have the same amount of movement, I was shocked to find that the emu hackle was as stiff as a board–no life whatsoever.  The reason this is so surprising to me is that I have always used emu to give movement to flies (eg. gills on hexagenia nymphs).

But video doesn’t lie so I guess my recent post about emu tenkara flies is moot.

Oh well.  I like putting the things under the microscope, experimenting, and challenging my own assumptions.  At least now I know what some of my tenkara wet flies look like underwater and I know which ones I probably wouldn’t want to tie on.  The learning process continues. 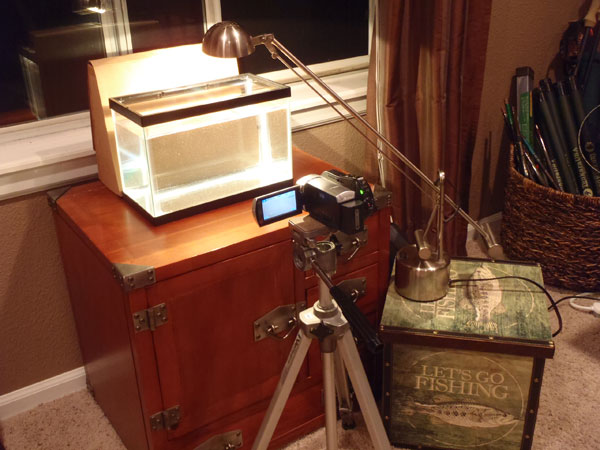 tenkara videos
About the author