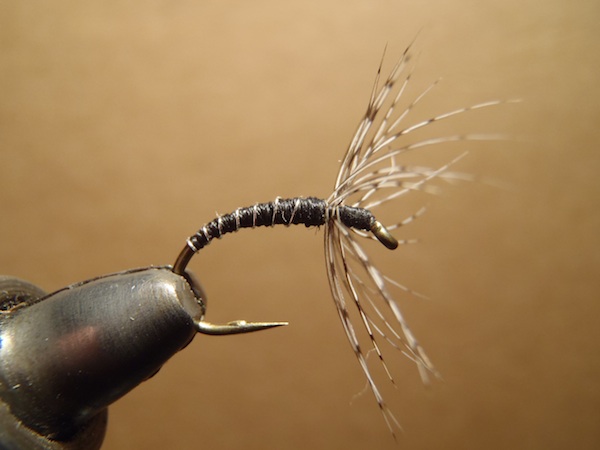 This is a simple, yet effective fly that would be a good pattern to try for anyone who read my recent post, “A Beginner’s Guide to Tying Tenkara Flies“.  With the barring on the hackle, high-contrast ribbing, and muted colors, this is a great all around tenkara wet fly.  The key is to tie the hackle very sparsely (no more than 3 turns).  This lets the fly sink faster and better mimics the delicate look of natural insects. 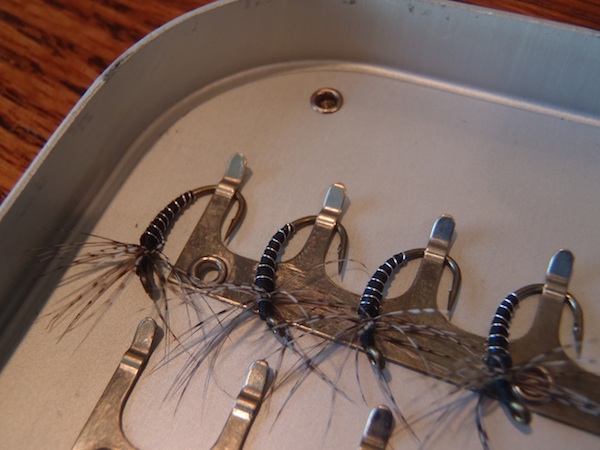 Because it’s so easy and inexpensive to tie, you can fish this fly in places you might otherwise avoid for fear of getting snagged.  You can easily replace a lost fly in just a few minutes.

What is your go-to Sakasa Kebari?