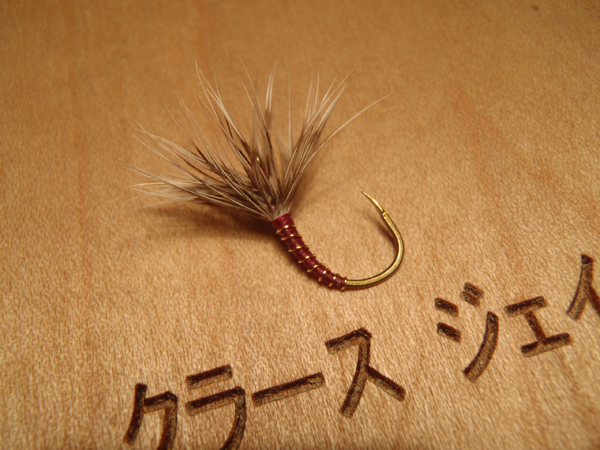 I’ve been getting a lot of questions about the materials I use to tie my tenkara flies and realized that I’ve been doing a bad job of posting them. So, from now on, I am going to try to post the complete recipe for all the flies I post in the future.  Here’s the first of many more to come…

You can easily substitute regular grizzly hackle for the jungle cock and it will look just as good (or better).