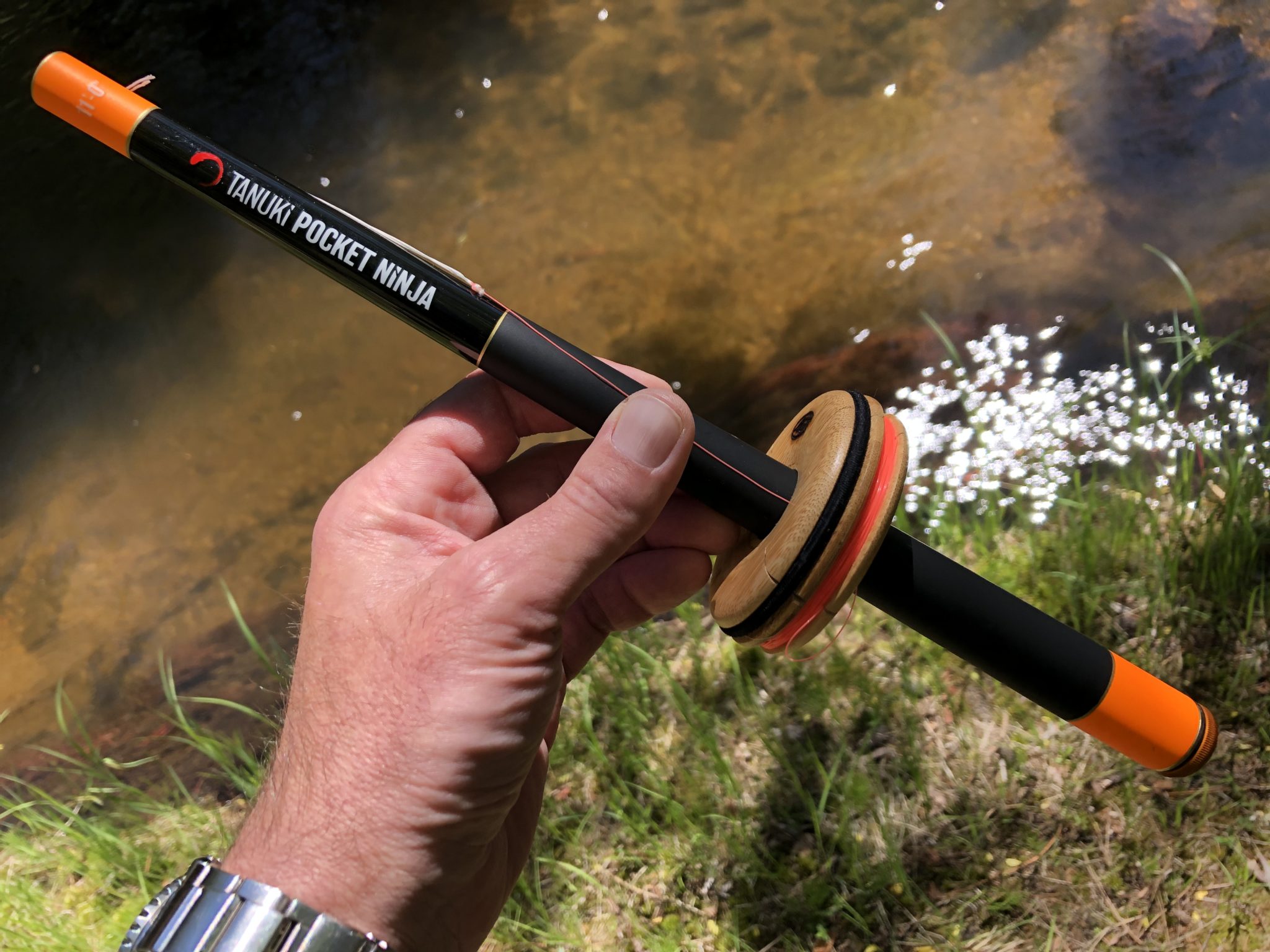 My experience with fly fishing gear (and gear in general) is that whenever something tries to be two things at once, it’s usually not good at either of them. Think fly/spin combos. I’ve never seen one that was both a good fly rod AND a good spin rod. It seems that there is always some compromise. So when my friend Luong Tam at Tenkara Tanuki told me he was coming out with a “micro” tenkara rod, I honestly wasn’t too excited. My first thought was that trying to make a tenkara rod so compact with so many segments would compromise the action. I was wrong.

The Tanuki Pocket Ninja is every bit a “real” tenkara rod. In fact, if you blindfolded me and let me cast it without telling me I was fishing a micro rod, I wouldn’t even know until you took the blindfold off and let me collapse it. The action is soft, but smooth and the rod is incredibly light in the hand with a gossamer swing weight.

The Pocket Ninja doesn’t have a cork or foam grip. The flared butt end of the rod serves as the grip just like many Japanese fixed-line rods. Some are adamantly opposed to this style grip (as I used to be), but over the years, I’ve fished several rods with this style of handle and have come to accept them. Some even argue that the direct connection to the blank improves sensitivity.  At any rate, I found the grip to be comfortable and it features a matte finish to be non-slip. 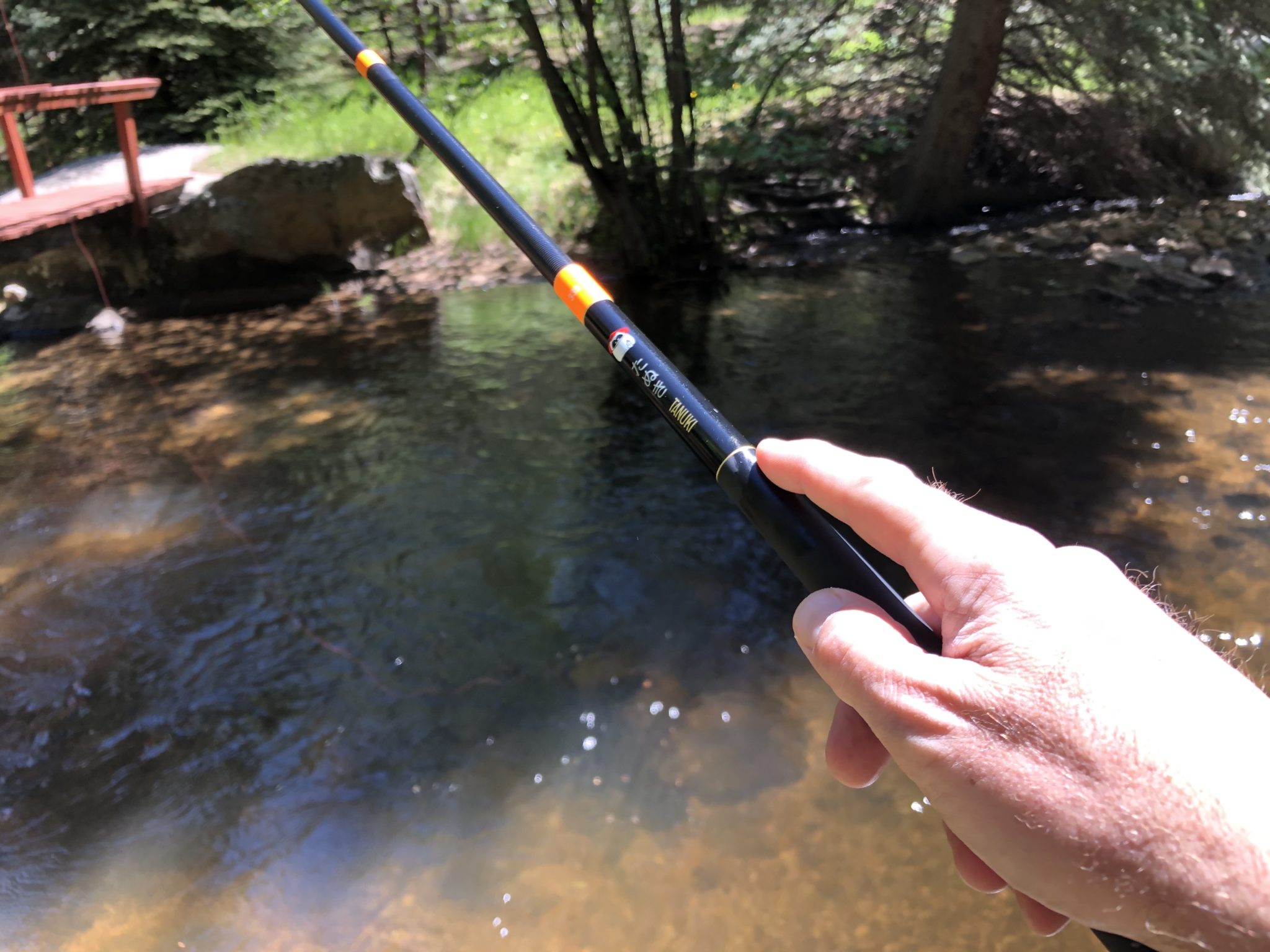 The rod plug and lilian are pretty standard with a spare loop of lilian in the plug for repair and visibility if dropped. 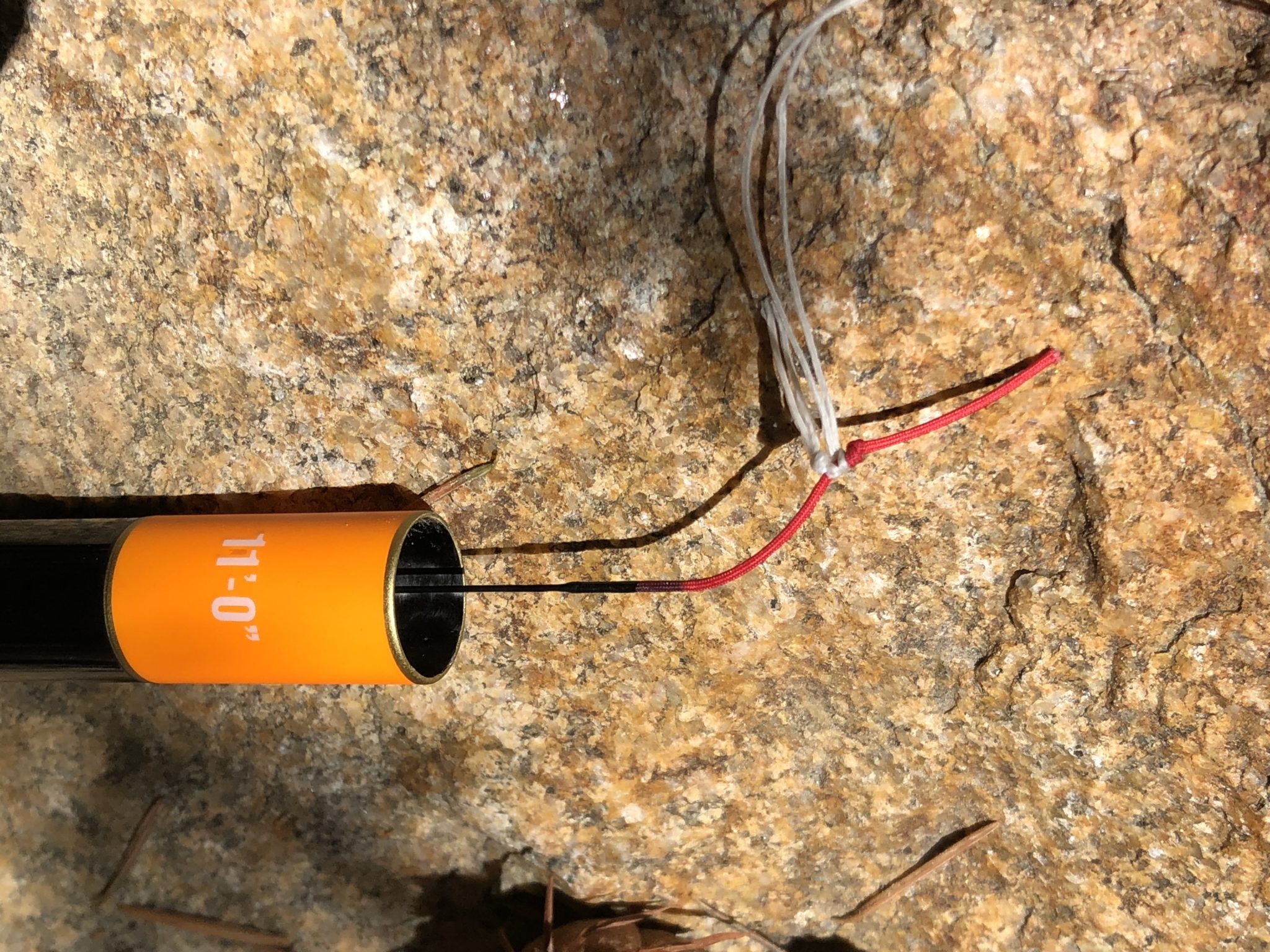 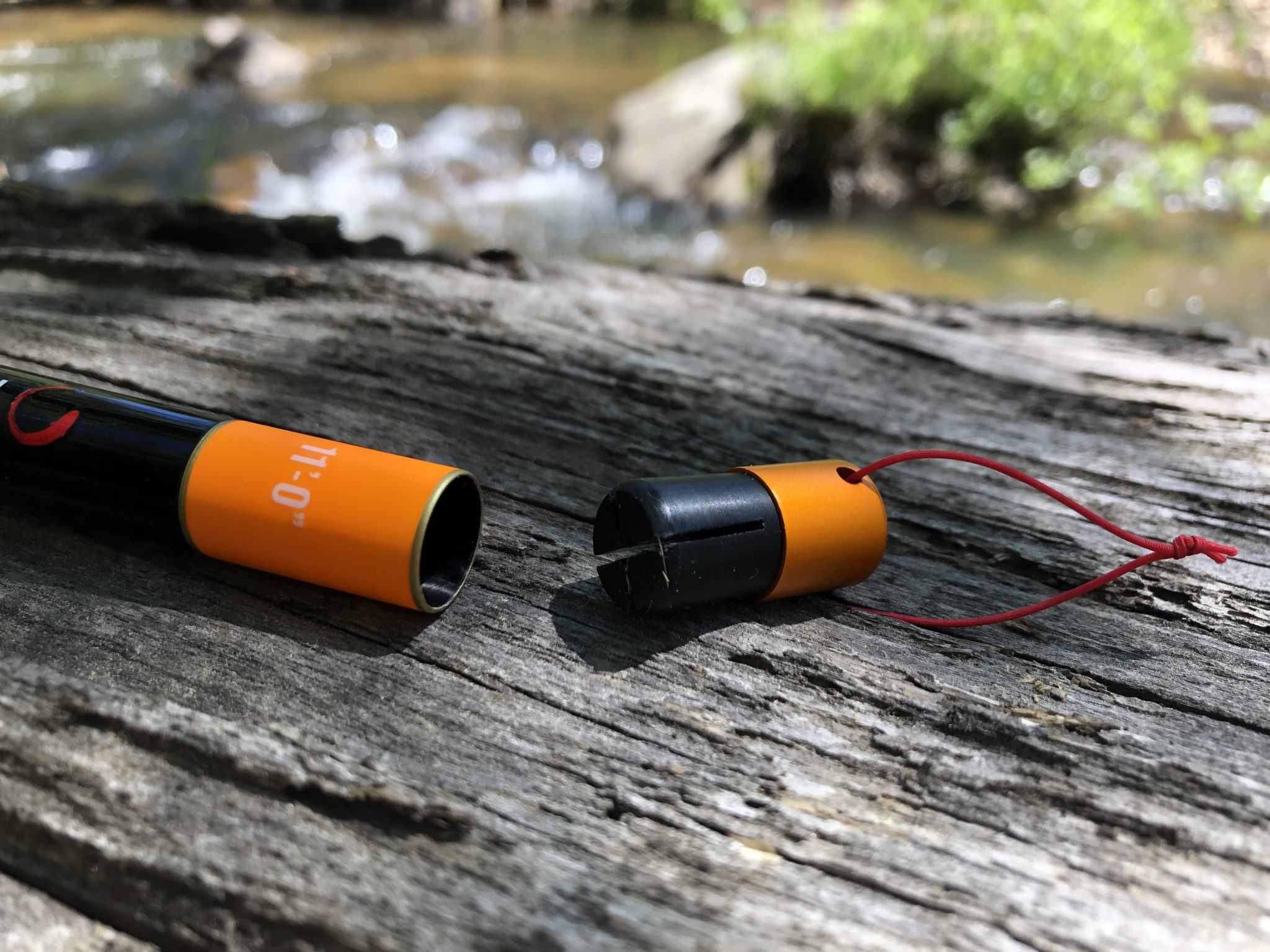 And the end cap Is not only knurled but also has a coin slot to really tighten it down, plus an internal rubber cushion to protect the segments while in transport. 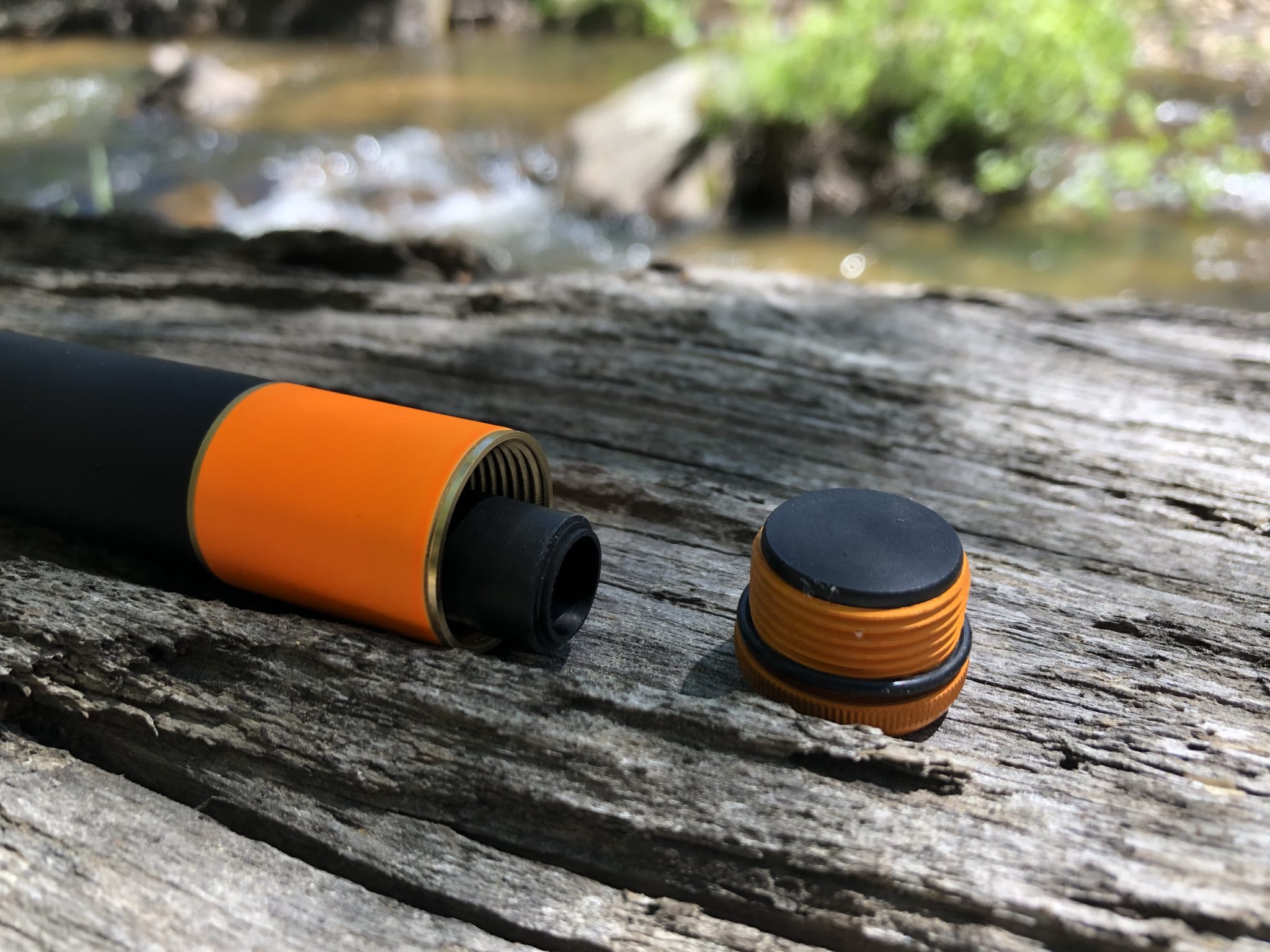 The Pocket Ninja comes with a rod sock and a simple plastic tube, but you can also buy a more robust carbon fiber tube which you can see at the bottom of the picture below. 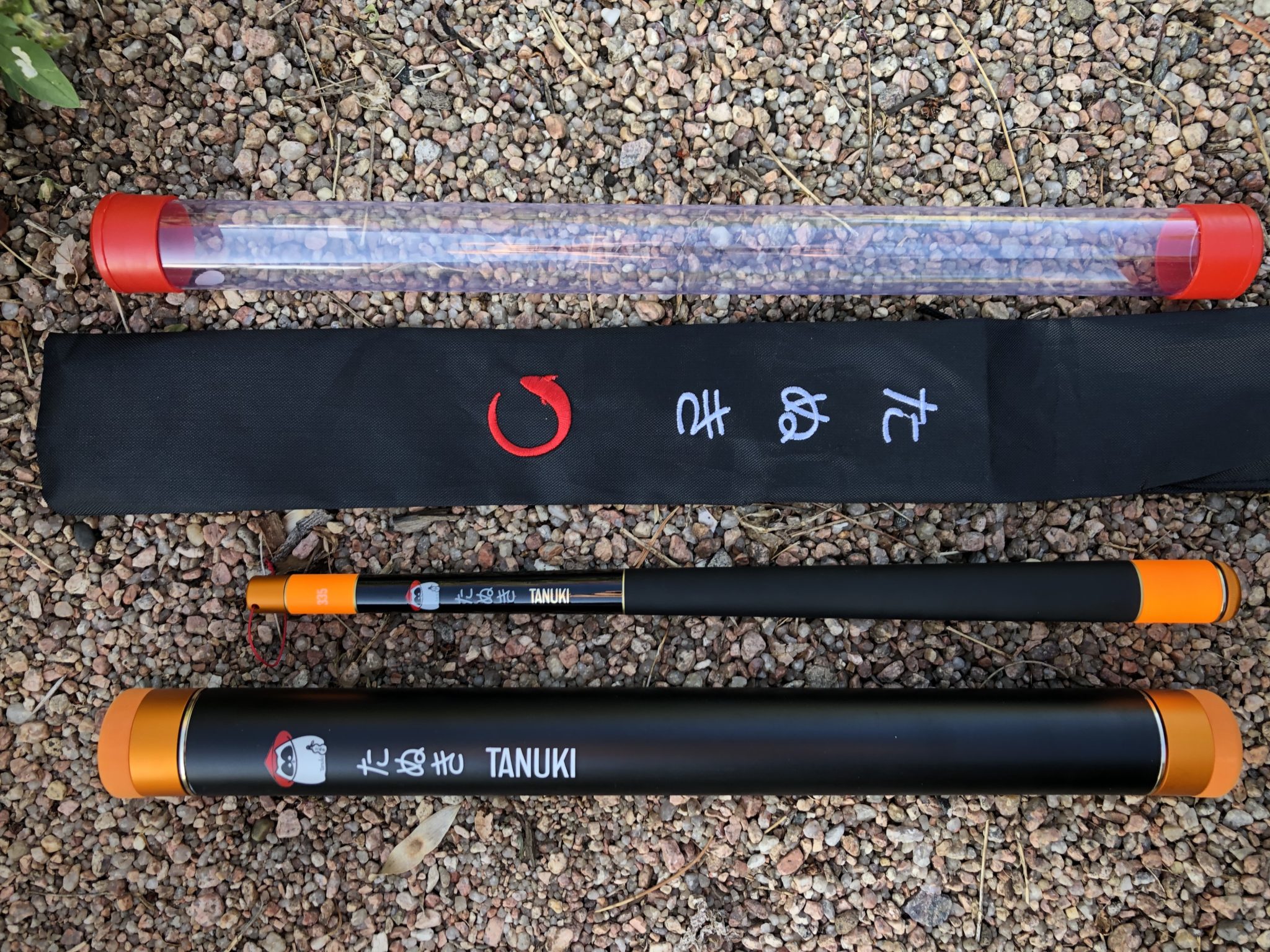 This rod took Luong over 4 years to develop and it shows in the impeccable design with his signature attention to detail. Every single millimeter of it speaks quality. What most people might not appreciate though is how difficult it is to create a rod with so many short segments that still has a soft action and good flex. Basically, the more segments you have, the stiffer the rod gets. Somehow (and I don’t know enough about rod design to know how), he managed to pull it off. I suppose that’s why it took 4 years. 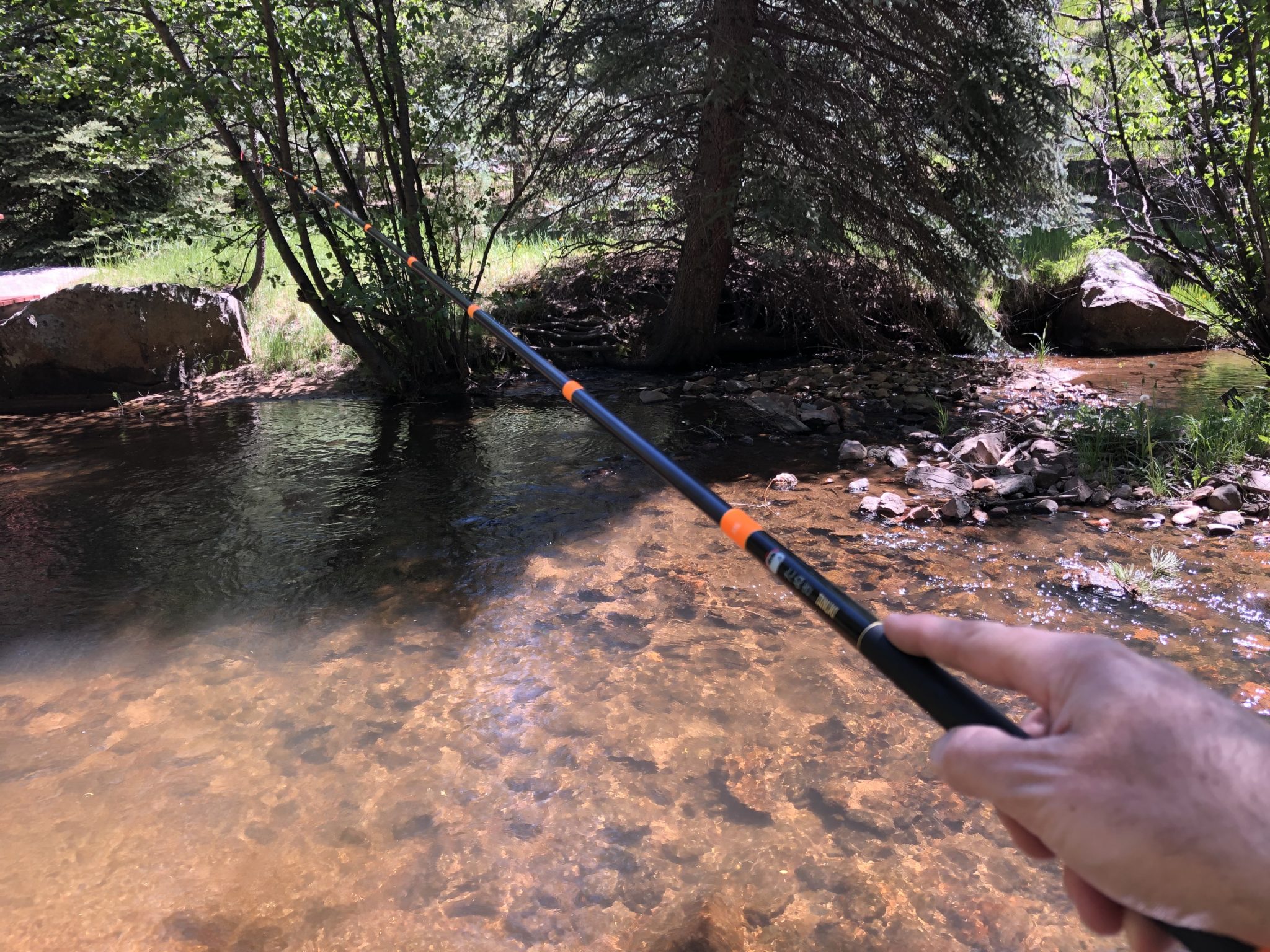 With the Pocket Ninja, now there’s no excuse to not have a rod with you at all times. It will fit in your glove box, backpack, or purse! And you won’t have to feel like you’re compromising compactness for action. It’s a “real” rod–just in a really small package. Get one here and you’ll always be prepared to hit that unexpected fishing opportunity when it presents itself!