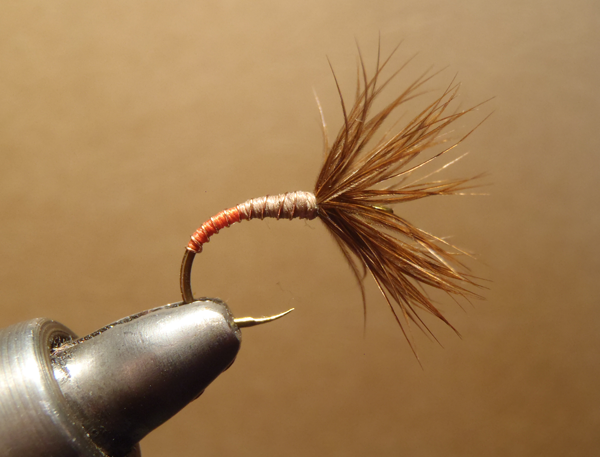 Sakasa Kebari are great attractor patterns and most classic attractors incorporate some kind of contrast or bright colors.  So I thought why not carry this idea to tenkara flies?

The idea is simple–the body is made up of two different colored threads.  The brighter (contrasting) thread color covers 50% of the back of the hook while a more natural, dull color covers the remaining 50% leading up to the hackle.  I think it makes a nice fly that draws upon the principles of classic western attractors while staying true to the traditional Japanese sakasa kebari design.  This is just one example but imagine what you could do with different color combinations like olive/chartreuse, black/red, blue/pink, etc.  Here is the recipe for the fly in the photo: