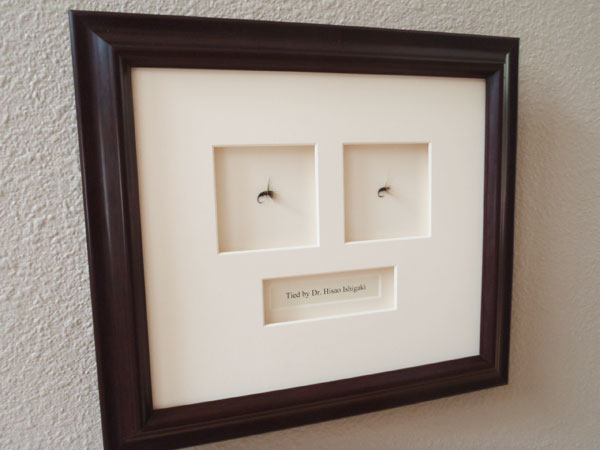 I recently wrote about some of the flies I got from the Tenkara Summit.  Two of them were very special to me since they were from Dr. Ishigaki.  I was tempted to fish with them but decided to have them framed instead.  I figured I’d get more joy by hanging them on my gear room wall than catching an 8″ brook trout with them.  That way, I can look at them from time to time and remember how great it was to meet Dr. Ishigaki and the other Japanese anglers at the Summit.  Now, I just have to decide where to hang it. 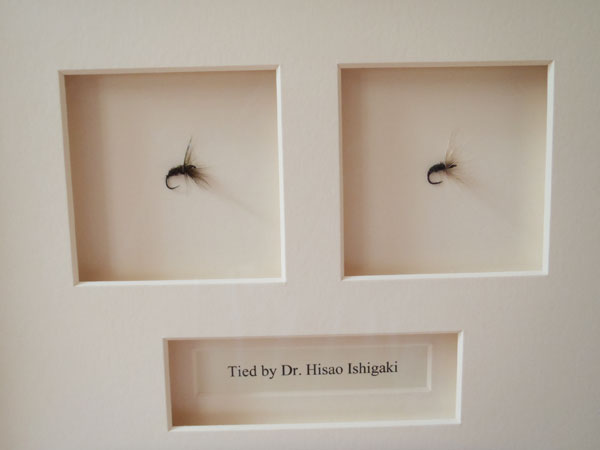