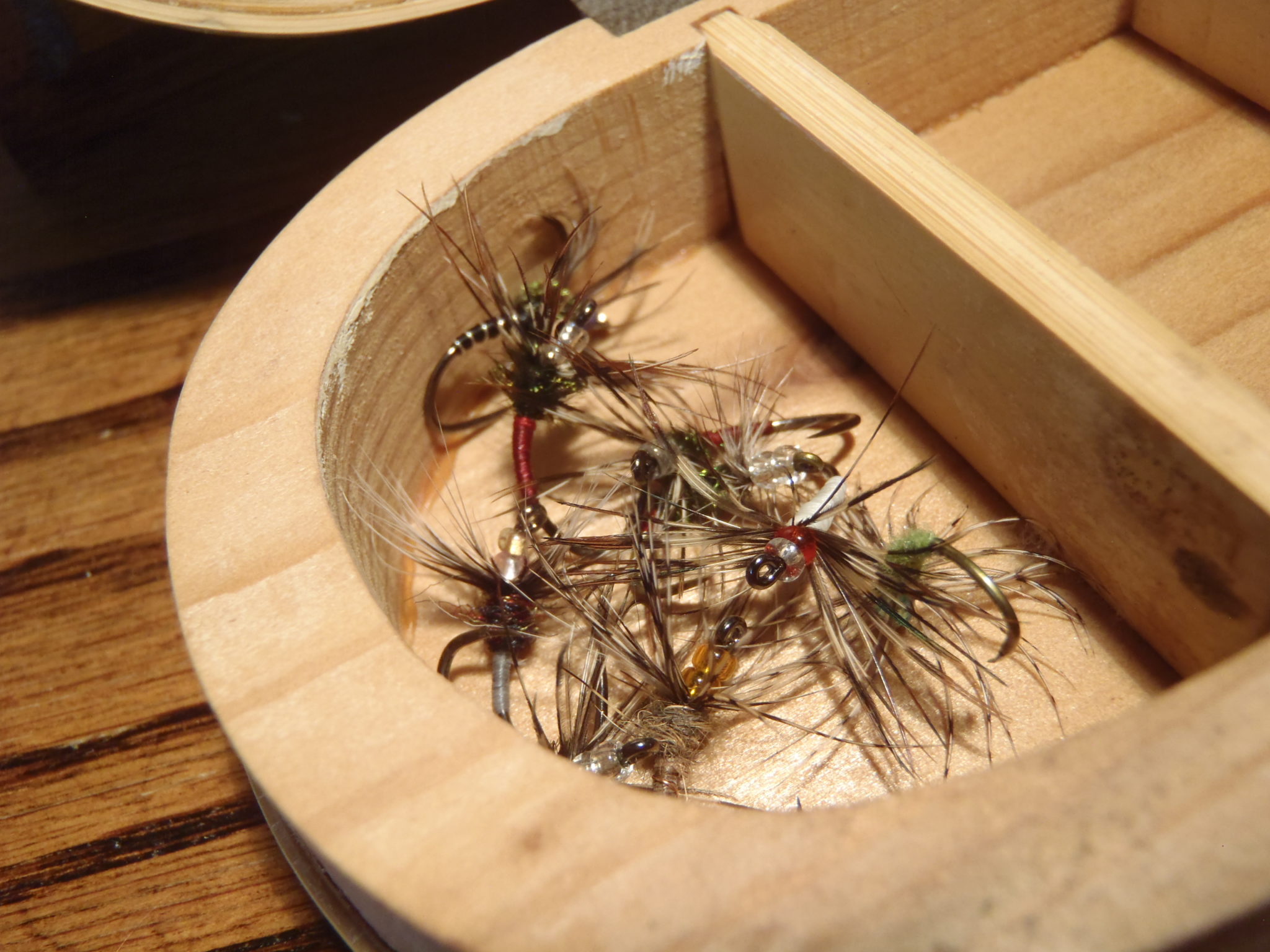 I’ll preface this by saying that that I’m probably not the first one to have thought of this. Whether it’s a new DIY alcohol stove design or a fly pattern I thought was original, it often turns out that someone else had already beaten me to it. But I came up with this design independent of any outside influence so I’m considering it “semi-original”.

The basic idea is this: two small glass beads at the front of a sakasa kebari. Fly tiers have been adding beads to sakasa kebari for a long time but they’re usually a size medium and are brass or tungsten. But this design is a little different. You might be asking, “why two small glass beads instead of one bigger one?” The truth is this was born (out of all things) a lack of inventory.

I had been experimenting with some sakasa kebari that incorporated brass and tungsten beads. But for the water I was fishing, I found they sank too well. I was getting snagged on the bottom too much and losing a lot of flies. So, my natural inclination was to try out the same patterns using lighter glass beads. I hadn’t used glass beads in years. I used to use them a lot back when I tied a lot of minuscule midge patterns, but never for tenkara flies. 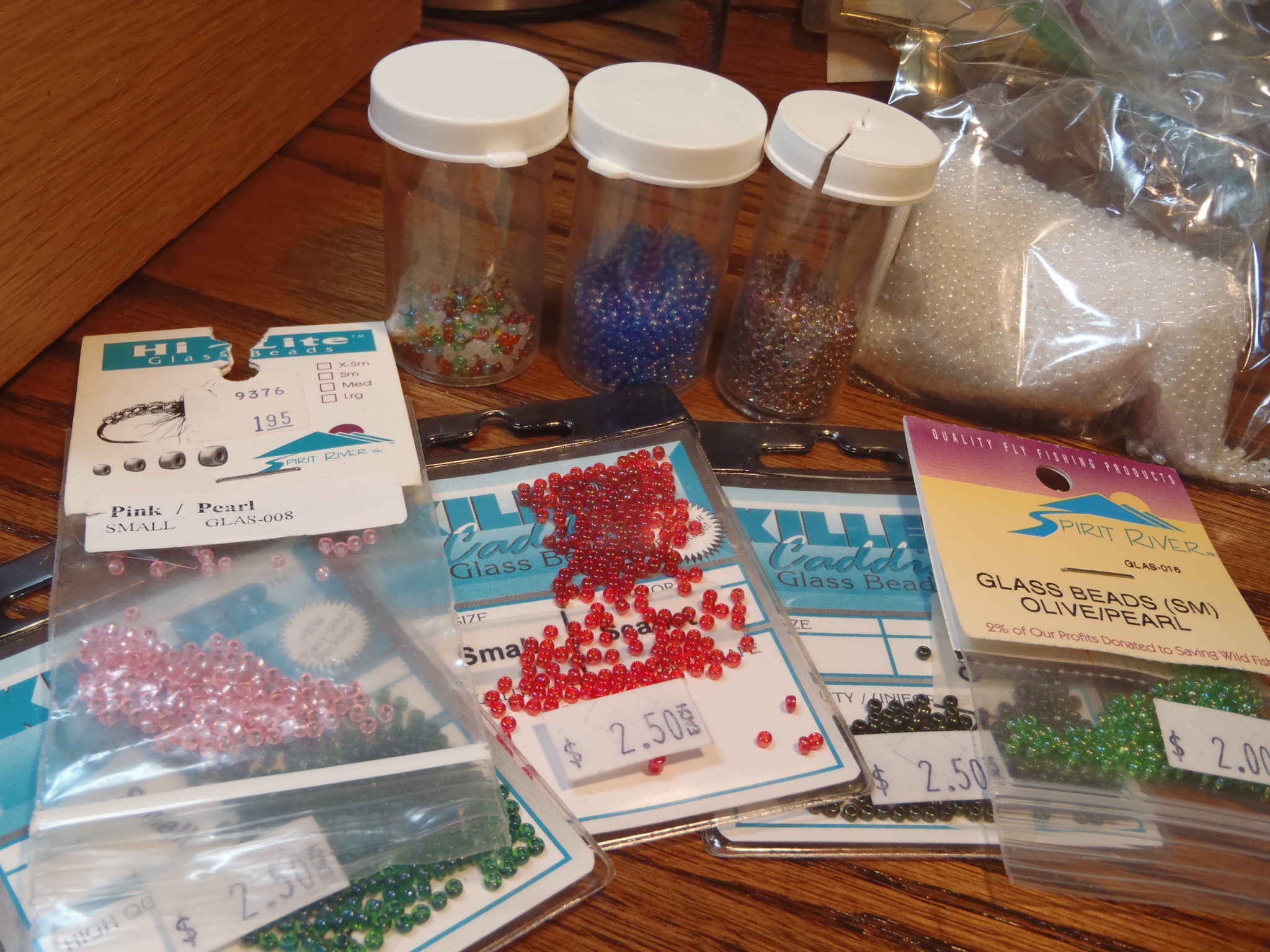 I headed back to my tying desk and started an archeological dig through my glass bead drawers. I discovered dozens of really tantalizing colors–some you can’t even get from fly tying vendors (I used to work near a jewelry bead shop and would buy them in bulk). I was excited at the new possibilities–it was like handing an artist a new color of paint they’d never seen before. There was only one problem. All of them were size small or extra small–none like the size medium I was looking for to fit a #12 hook.

I didn’t really feel like making a trip to the fly shop, so I figured I could just slide two small beads onto the hook, and that would approximate the same weight of one medium bead. And that’s when I came up with the name, “Double-Pane Sakasa Kebari” (“double-pane” as in a double-pane glass window”). I never said I was good at naming flies. 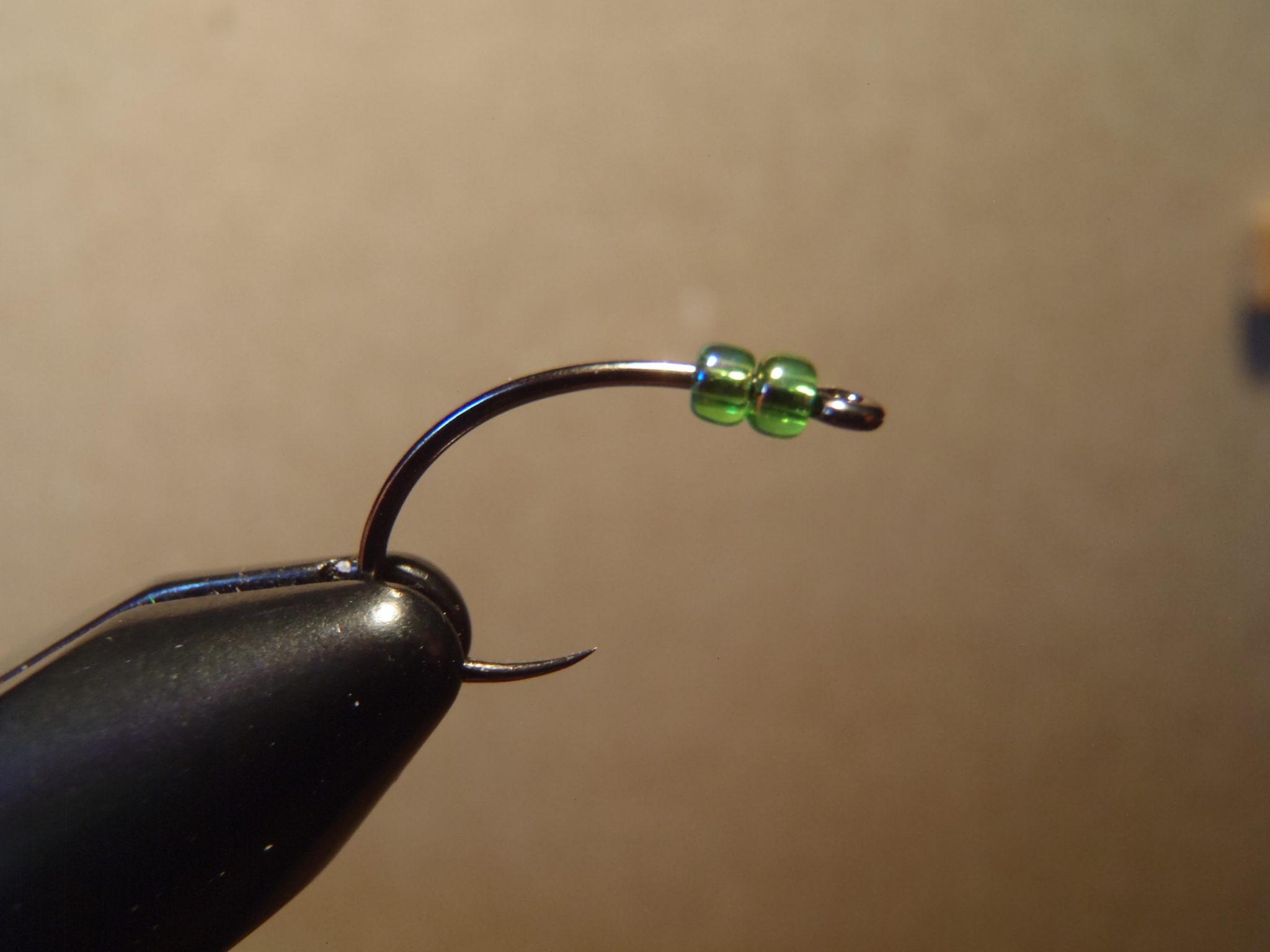 As soon as I tied the first fly, I recognized some design advantages:

Given the myriad of colors available today, there are nearly endless possibilities. If you use your imagination, you can come up with some really unique patterns that the fish have never seen before–something I think is a huge advantage to the angler especially on highly pressured waters. As a side note, the pictures don’t really do the following patterns justice. The beads look much more vibrant and translucent in real life. But here are a few ideas to get you thinking … 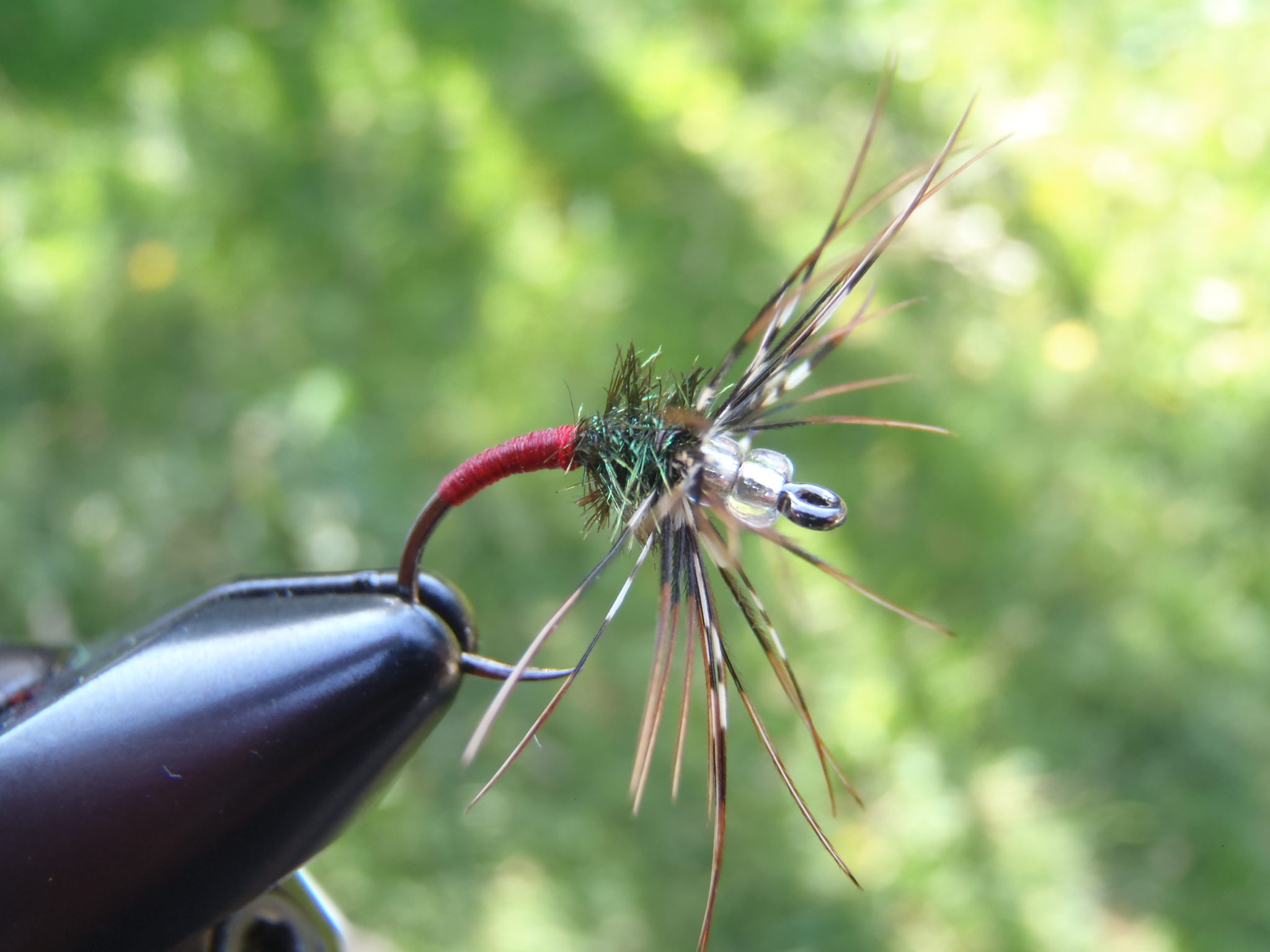 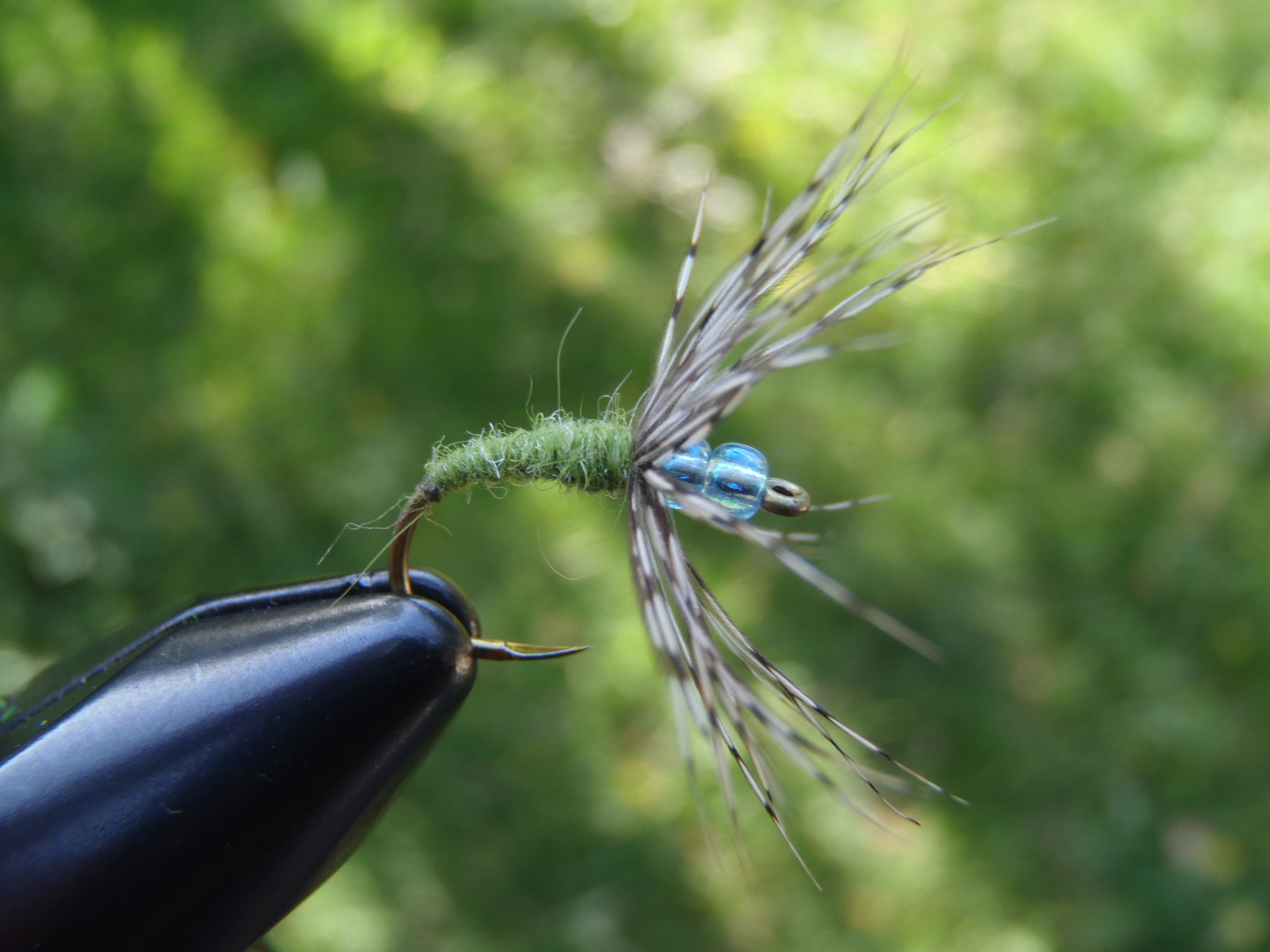 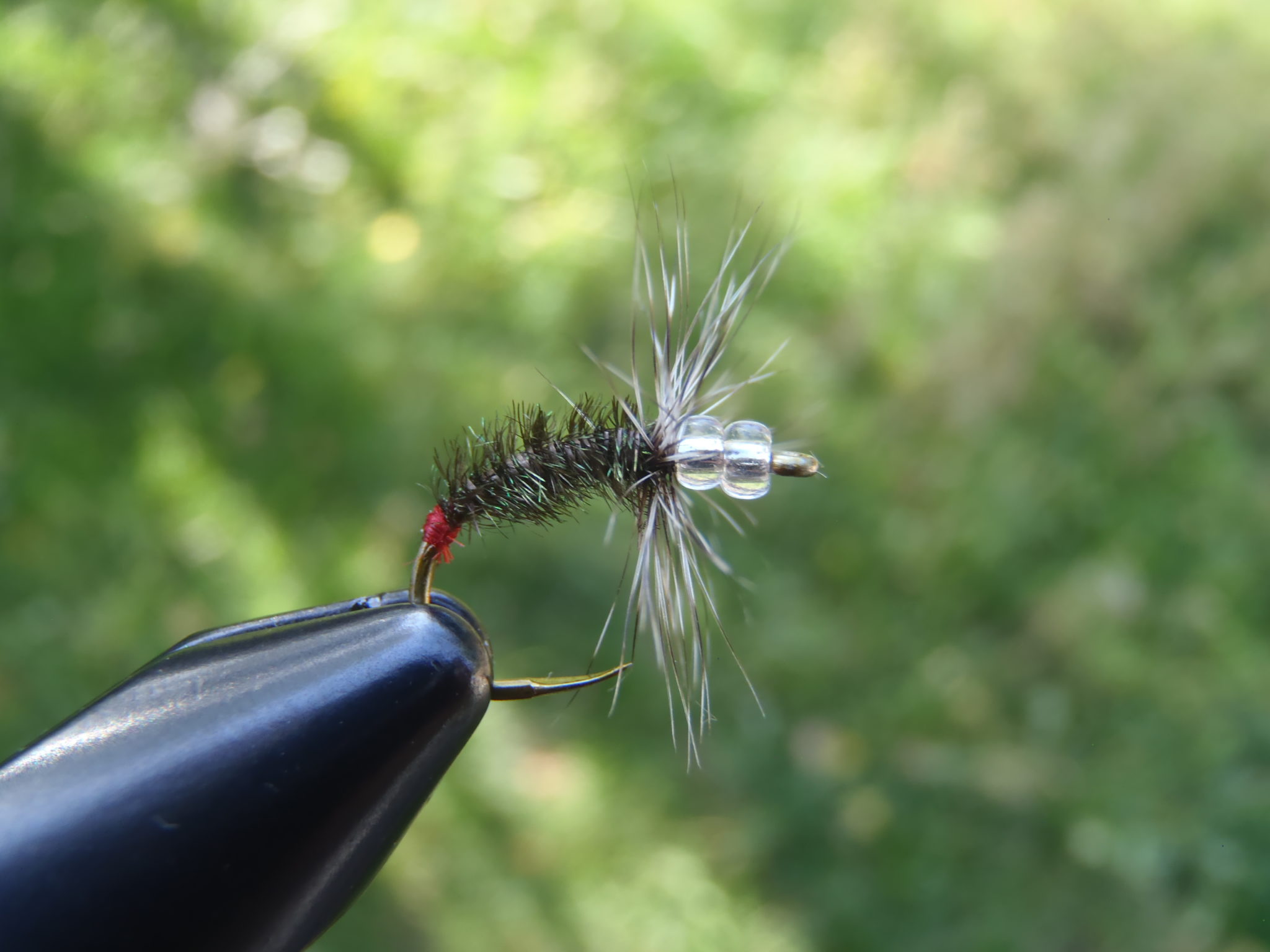 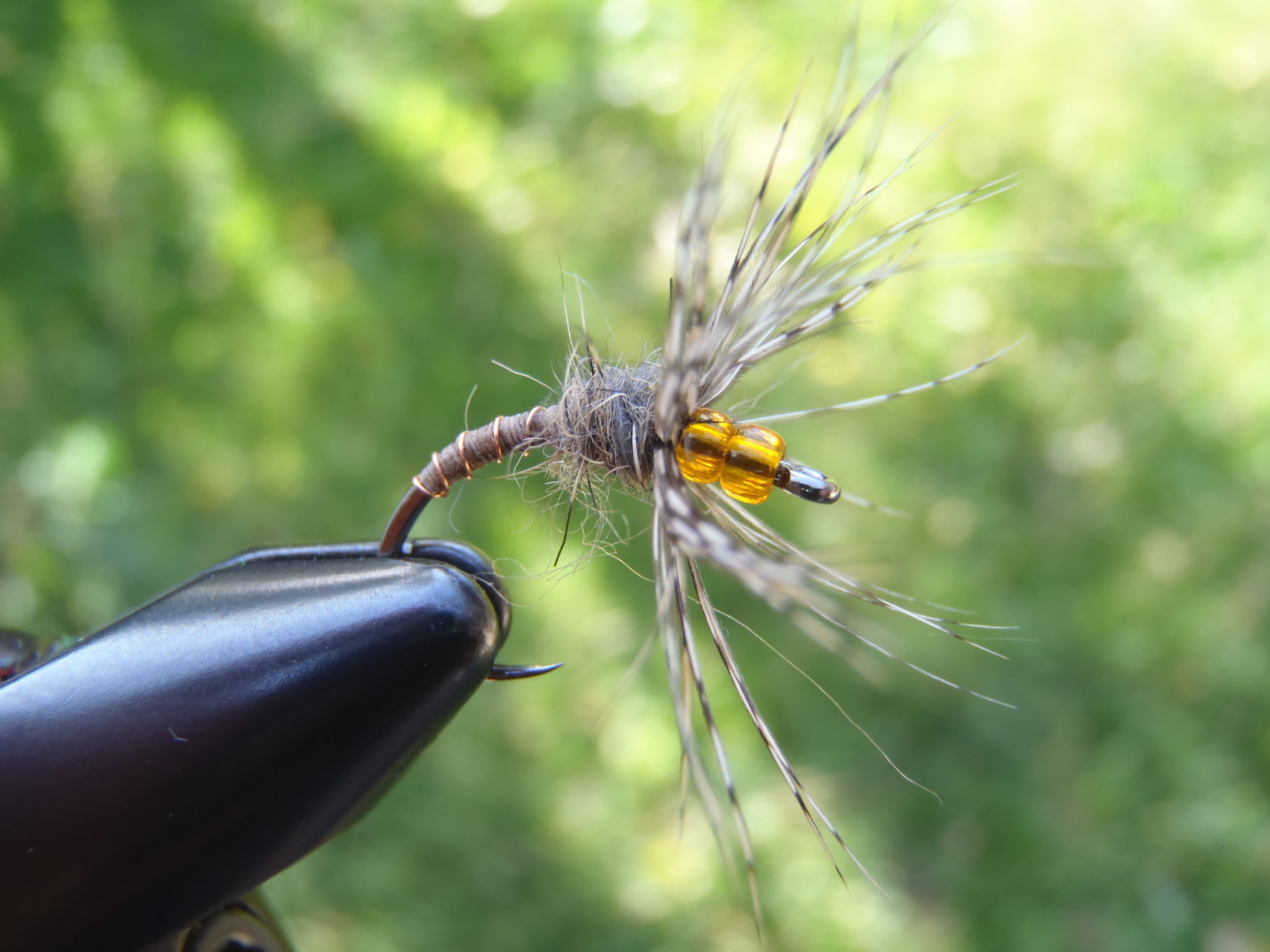 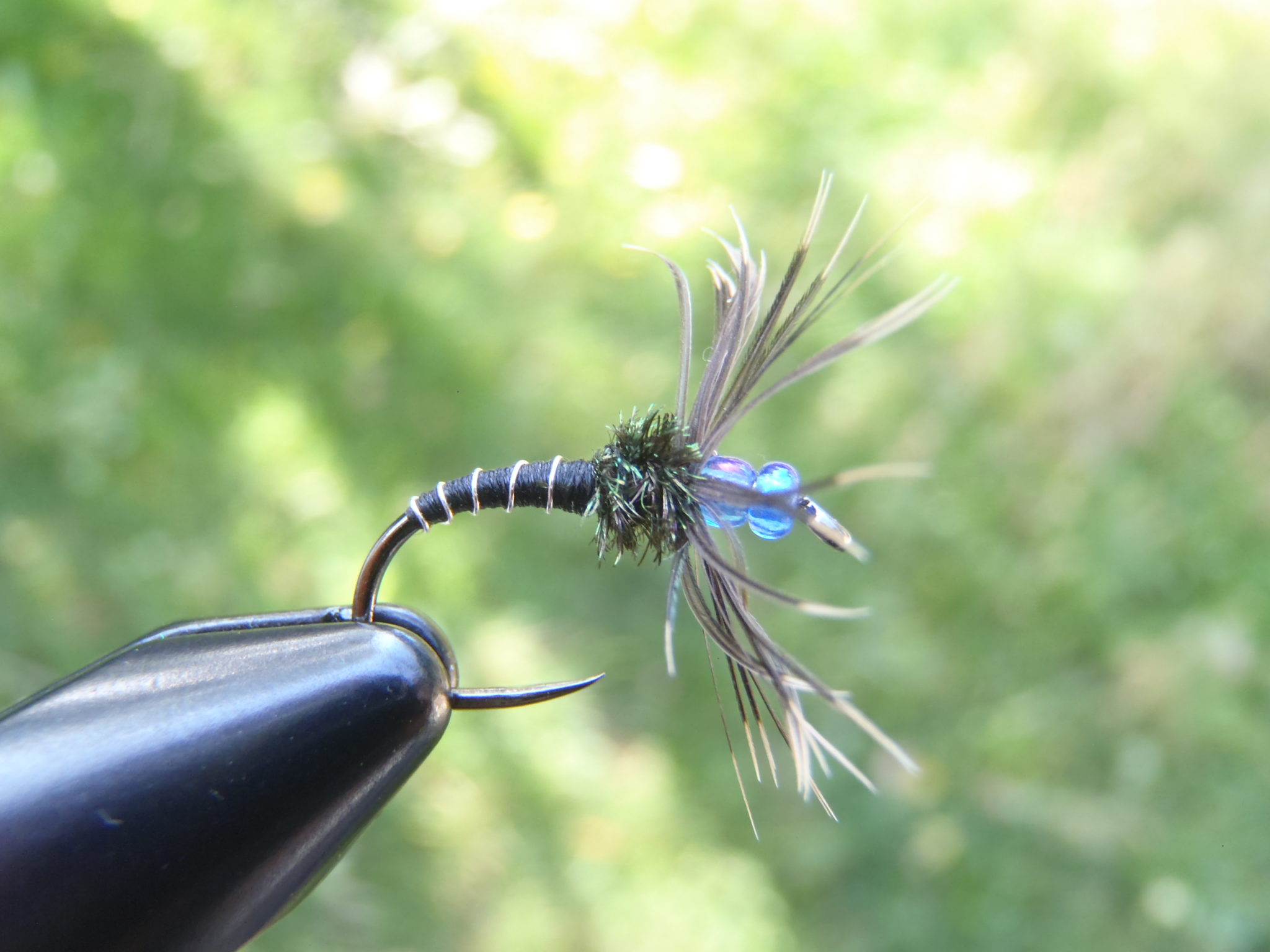 Brahma hen with one pink and one pearlescent bead 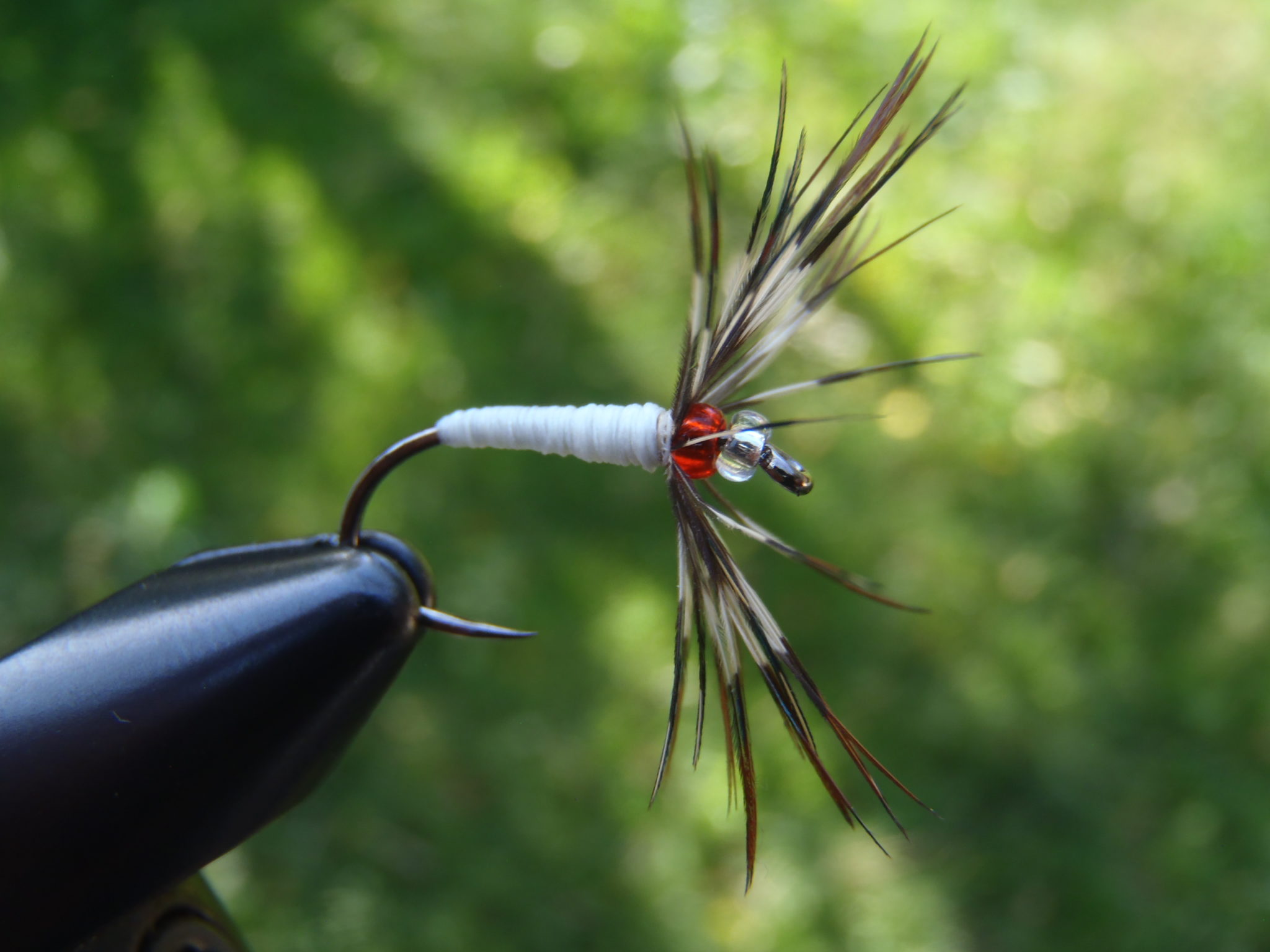 Once you start exploring them, you’ll see tying with glass beads creates not only very effective patterns, but allows for a lot of creativity at the vise. So put on your mad scientist lab coat and start experimenting! And please share your unique creations below.