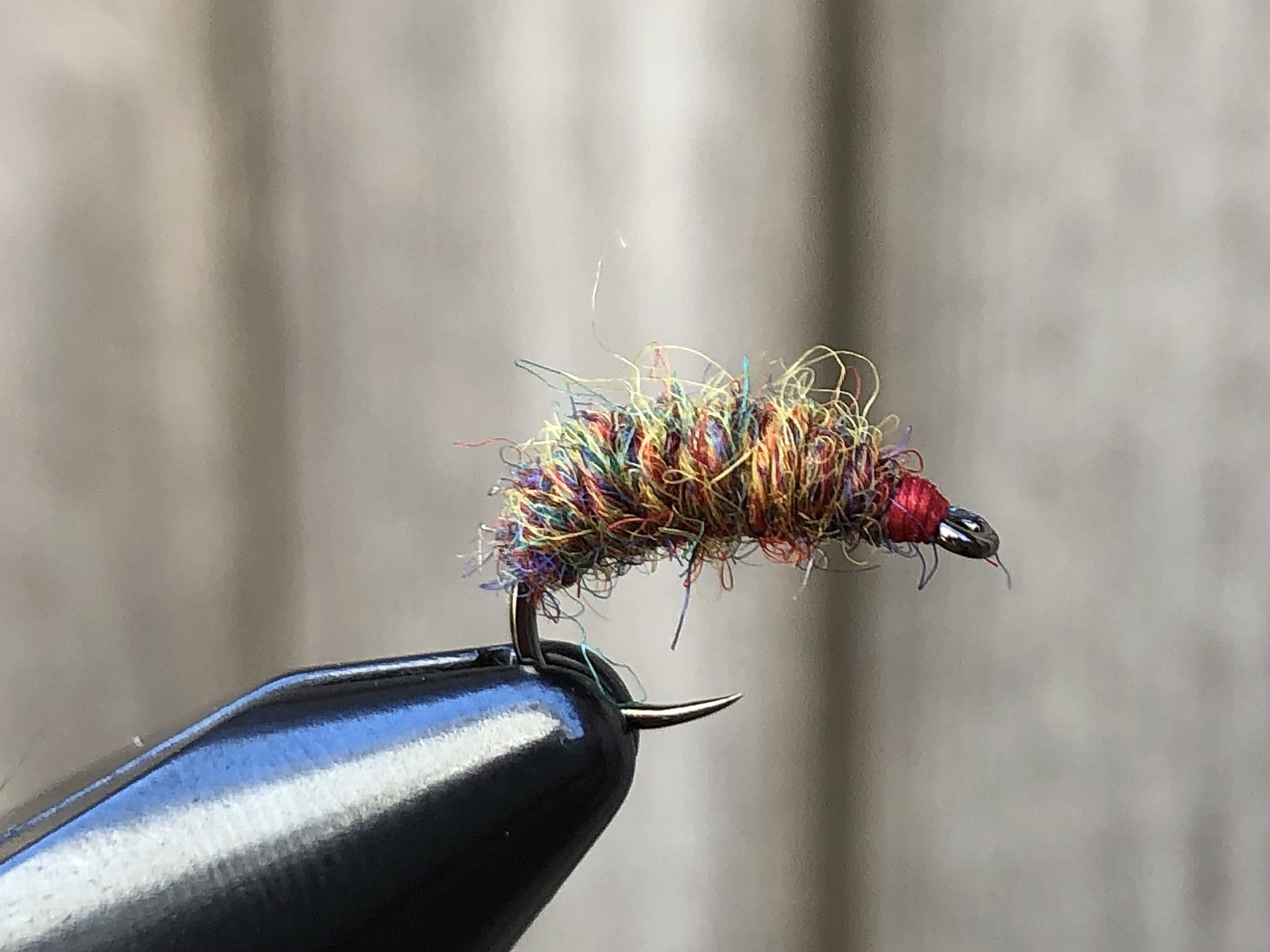 Back in 2012, I wrote an article about how I came to know and develop a fondness for a version of Frank Sawyer’s Killer Bug pattern which had become a quick favorite among tenkara anglers: the Utah Killer Bug. 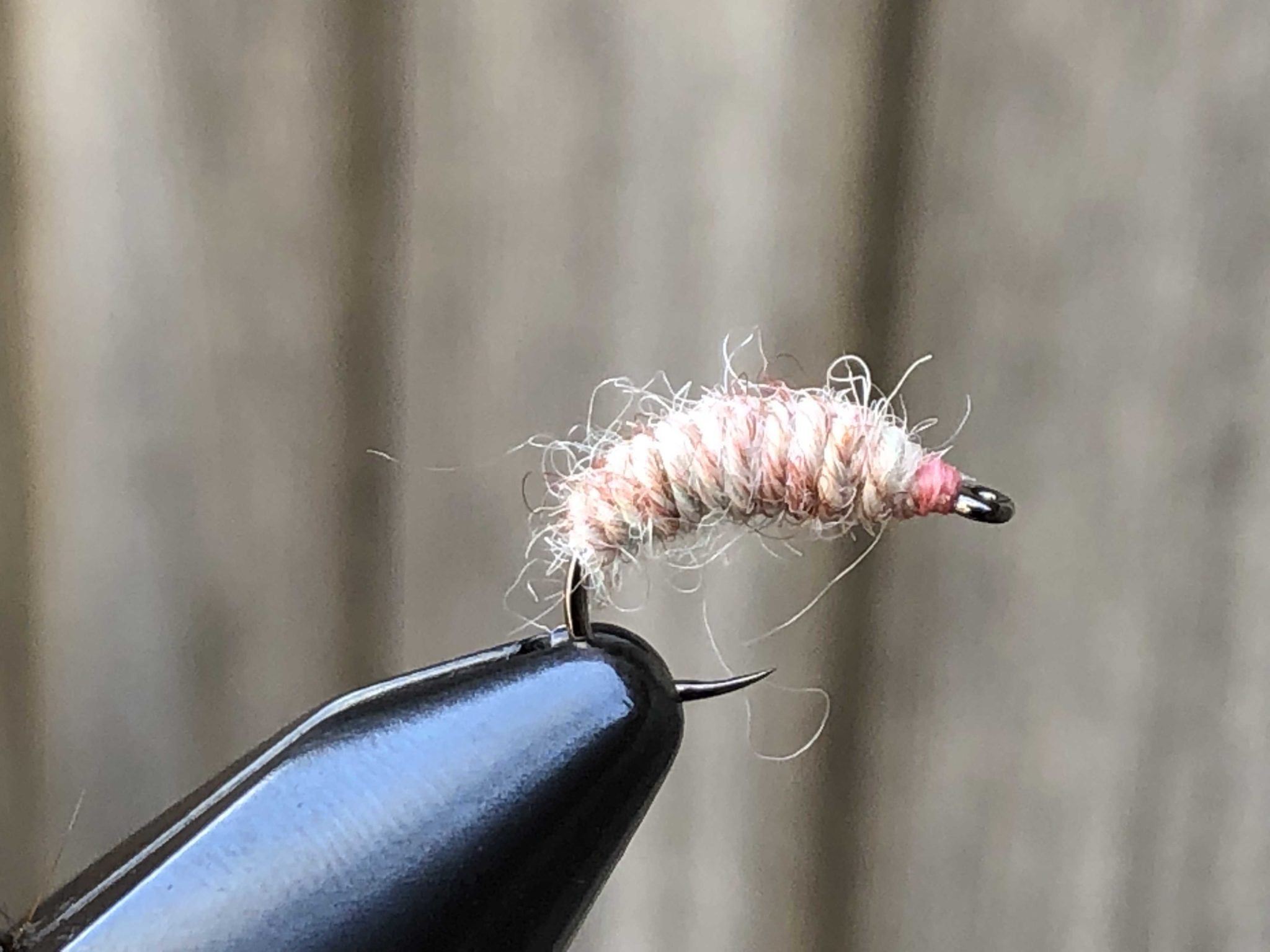 The Utah Killer bug was developed by the Tenkara Guides as a modern answer to Frank Sawyer’s Killer Bug. It used Jaimeson’s Oyster Shetland Spindrift yarn in lieu of the now impossible-to-find Chadwick’s #477 yarn of the original. I tied my own version and living up to its name, it quickly earned a permanent place in my fly box.

Since then, I’ve further experimented with different methods of tying it as well as using various colors of Shetland Spindrift Yarn and have settled on what I think is the ideal “template”. My version is now so different from the original Killer Bug, that I decided to rename it “the Shetland Killer”–half because of what it’s made from, and half as an homage to Sawyer’s inspiration.

Like many good flies, the Killer Bug never imitated anything specific, but was clearly attractive to fish. Some speculated that it might be mistaken for a shrimp, a grub, or even an egg due to its translucence and pink hue.  And with the wider range of colors of the Shetland Killer, the spectrum of imitation is even broader: shrimp, egg, grub, scud, sowbug, cranefly larva, dobsonfly larva, caddis larva, snail, etc. Whatever the fish take it for, they take it. And every incarnation of the “killer” I’ve tried has proven effective.

How to Tie the Shetland Killer

In the video below, I show you the method I’ve settled on for how I tie the Shetland Killer. Here are a few notes on why I tie it the way I do …

The quality of the video is terrible, but it should be clear enough to show you the technique and how quick and easy it is to tie …

Here is exactly what I used in the video, but as with all of my patterns, you can use the same tying technique I do and just substitute the hook, thread, and yarn color to create any look you want. 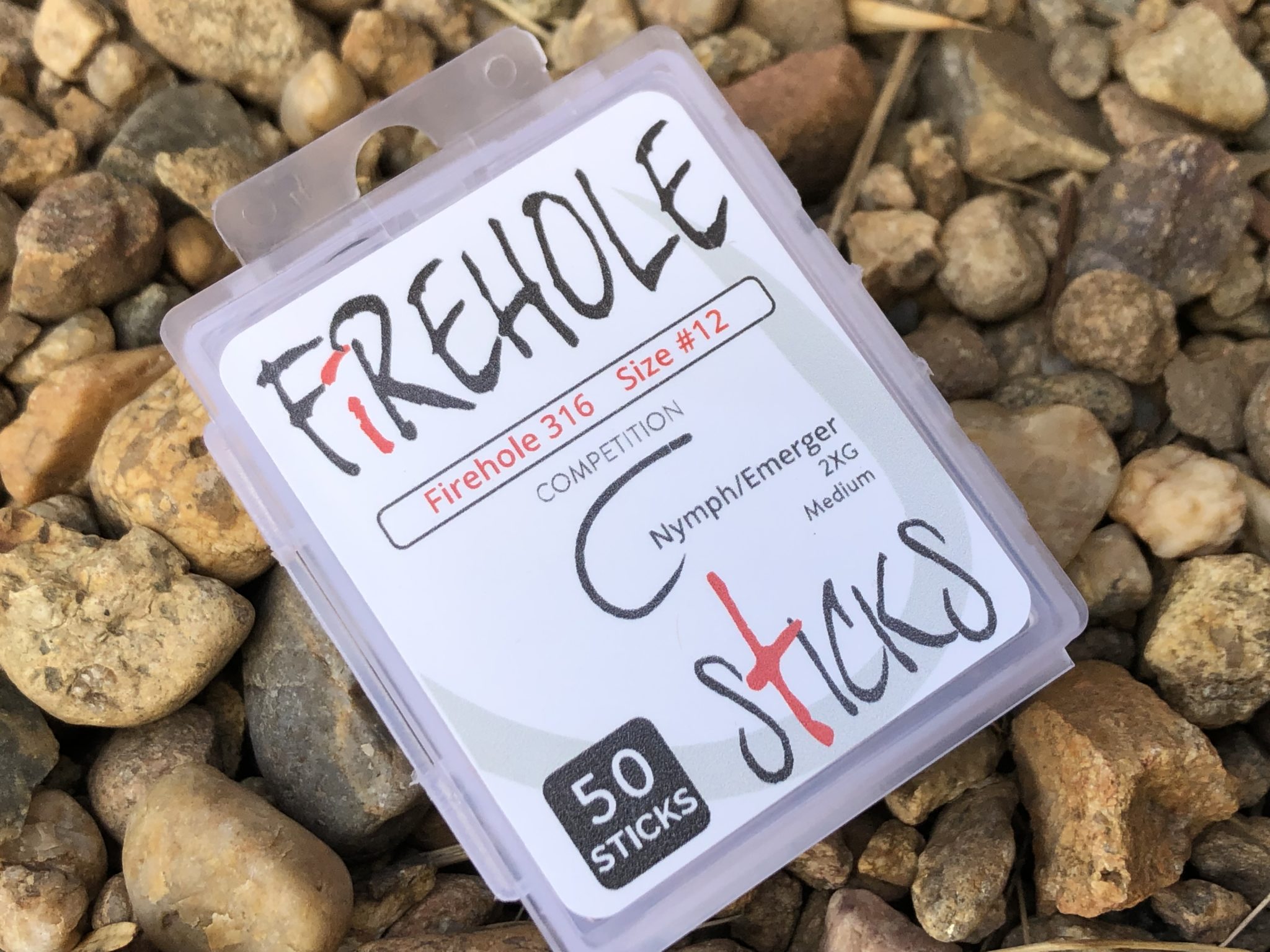 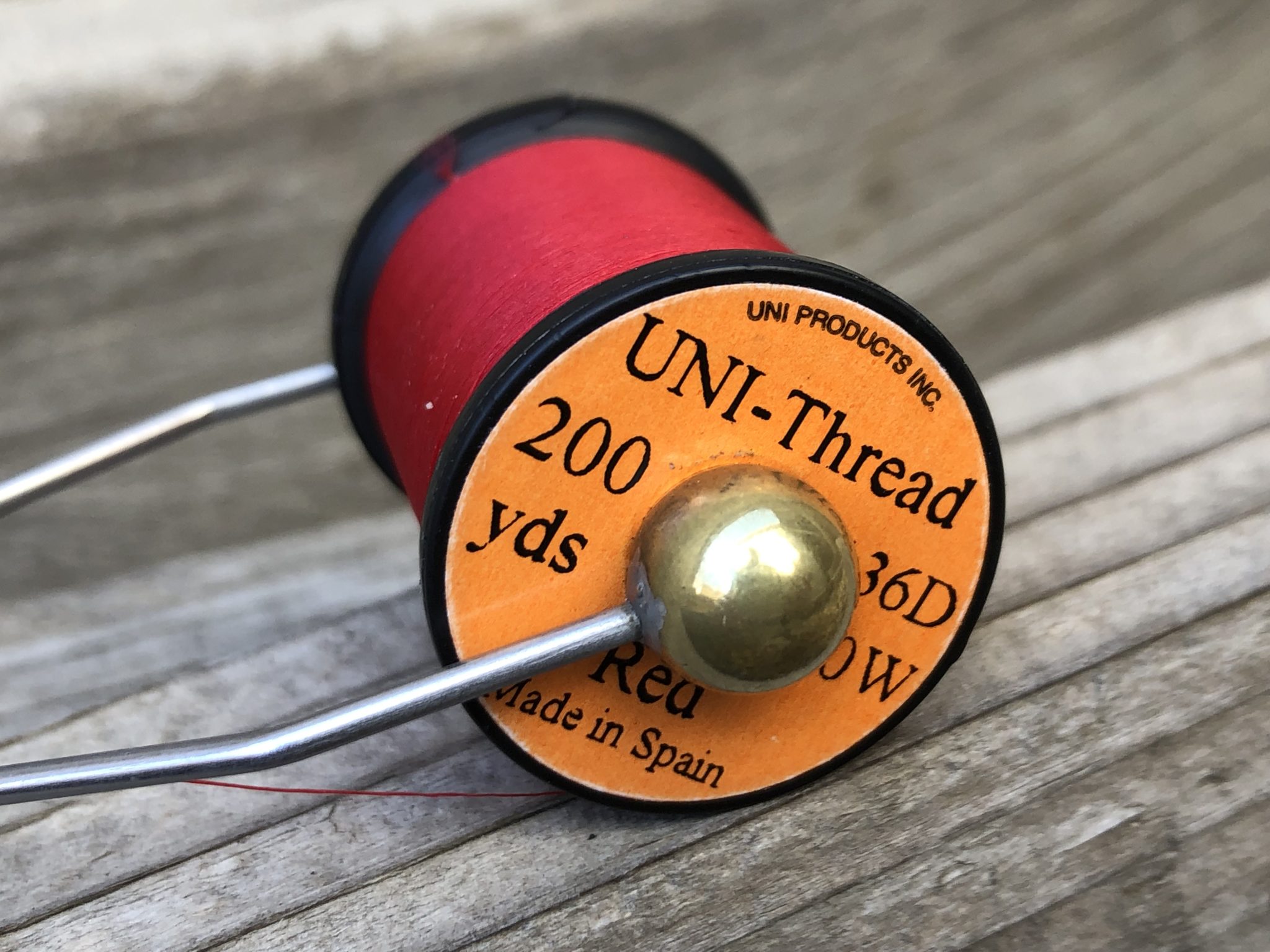 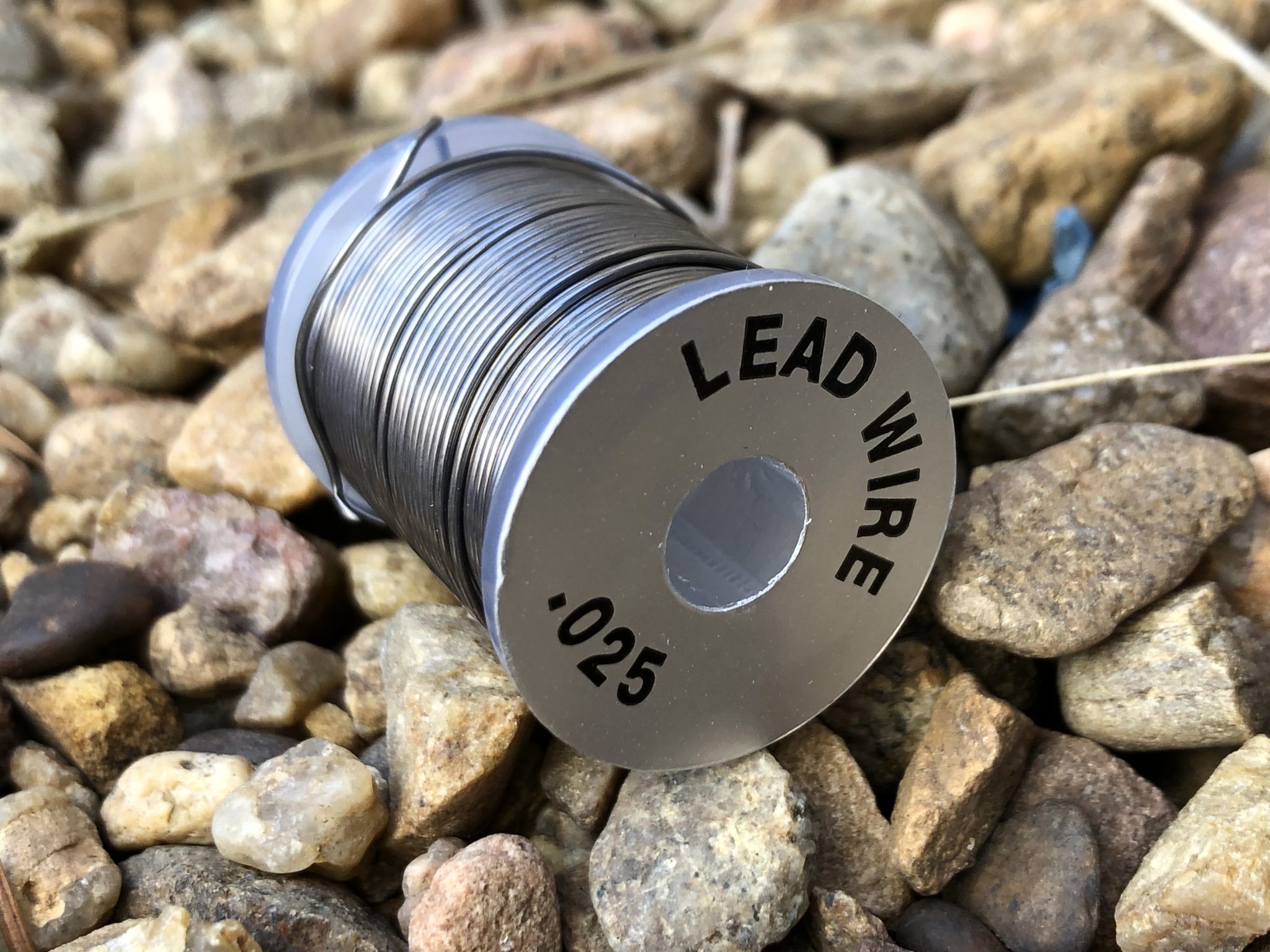 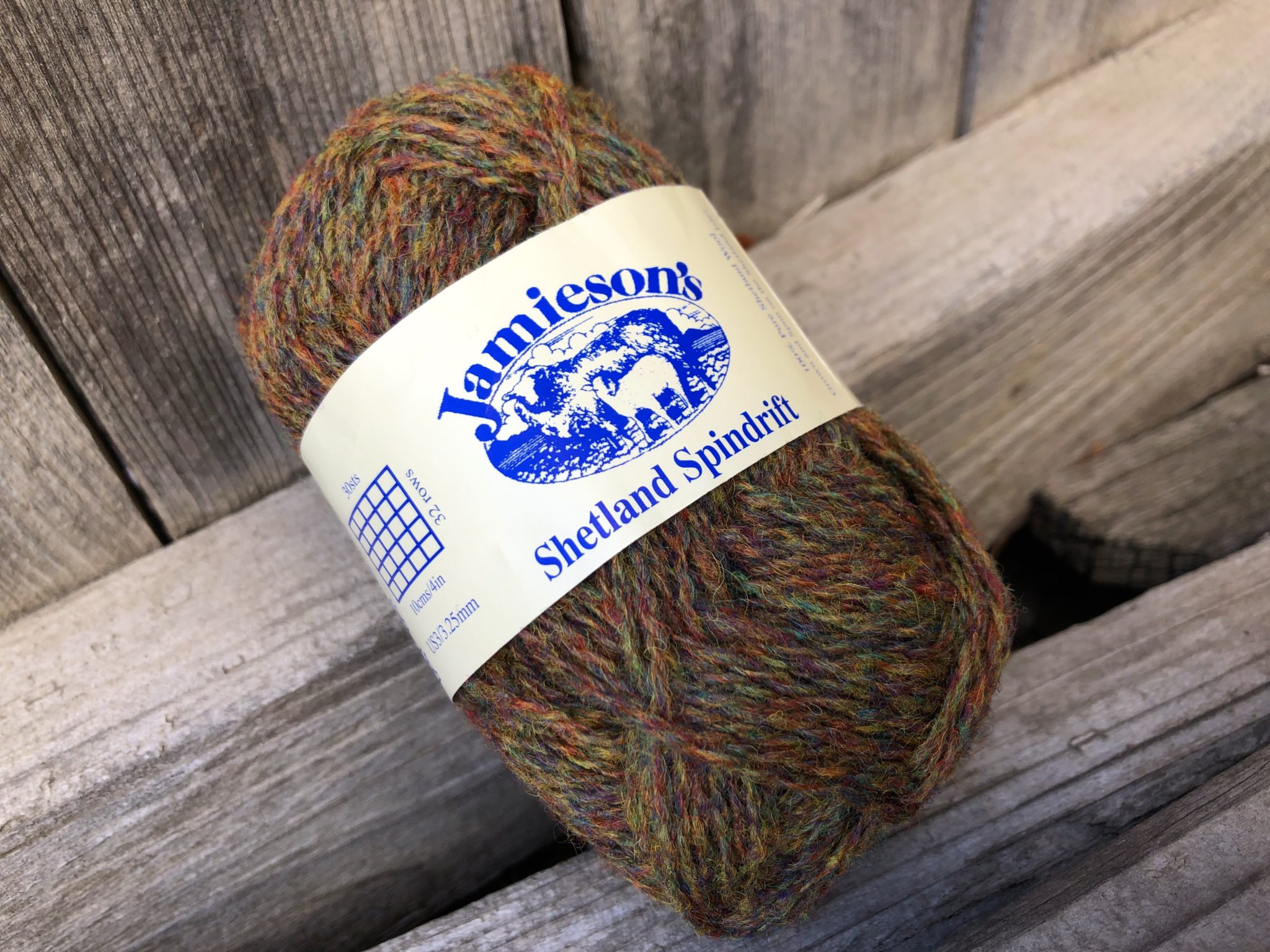 I tie this fly in a variety of colors. Here are just a few of the ones I’ve found to be most effective … 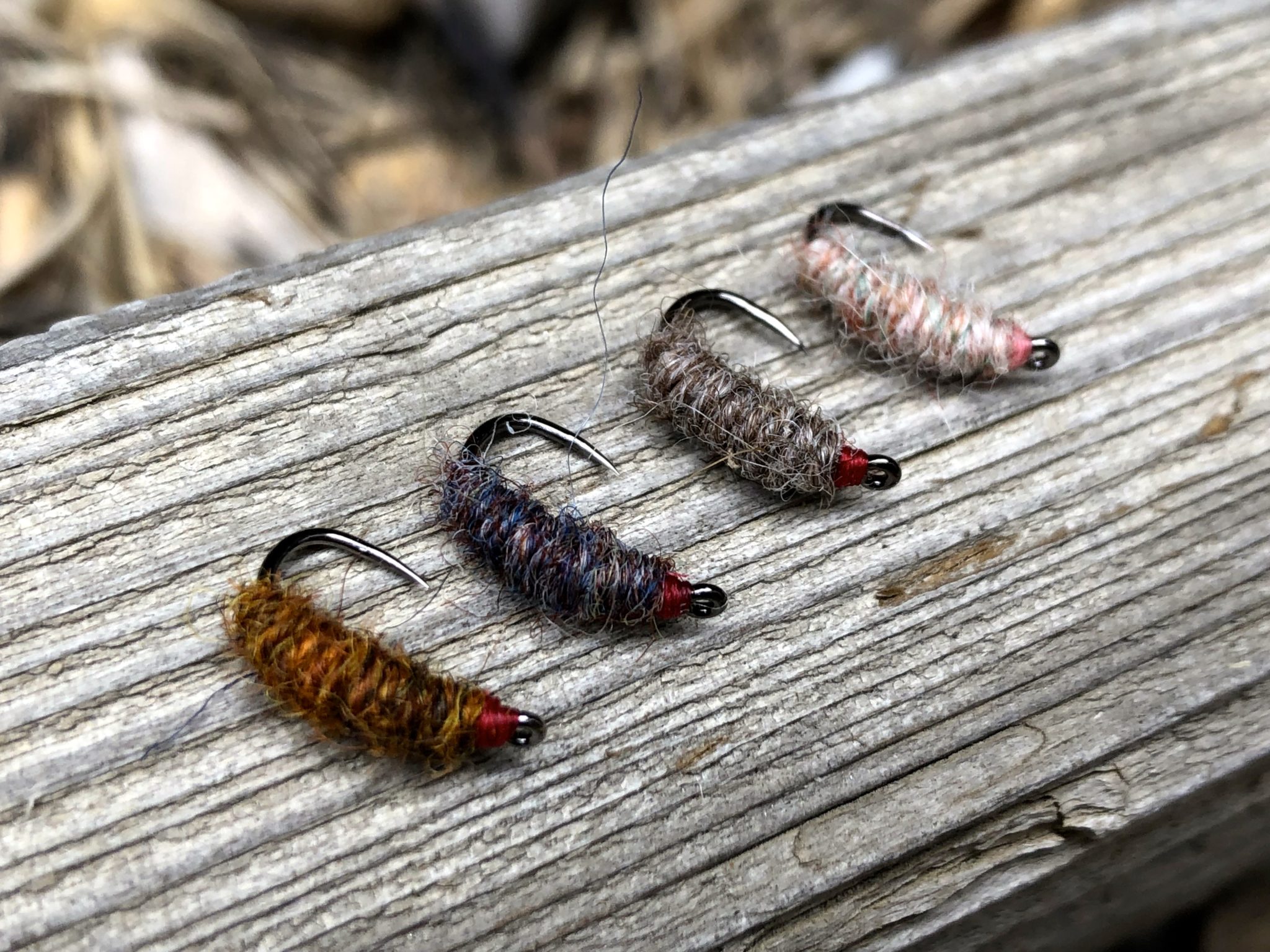 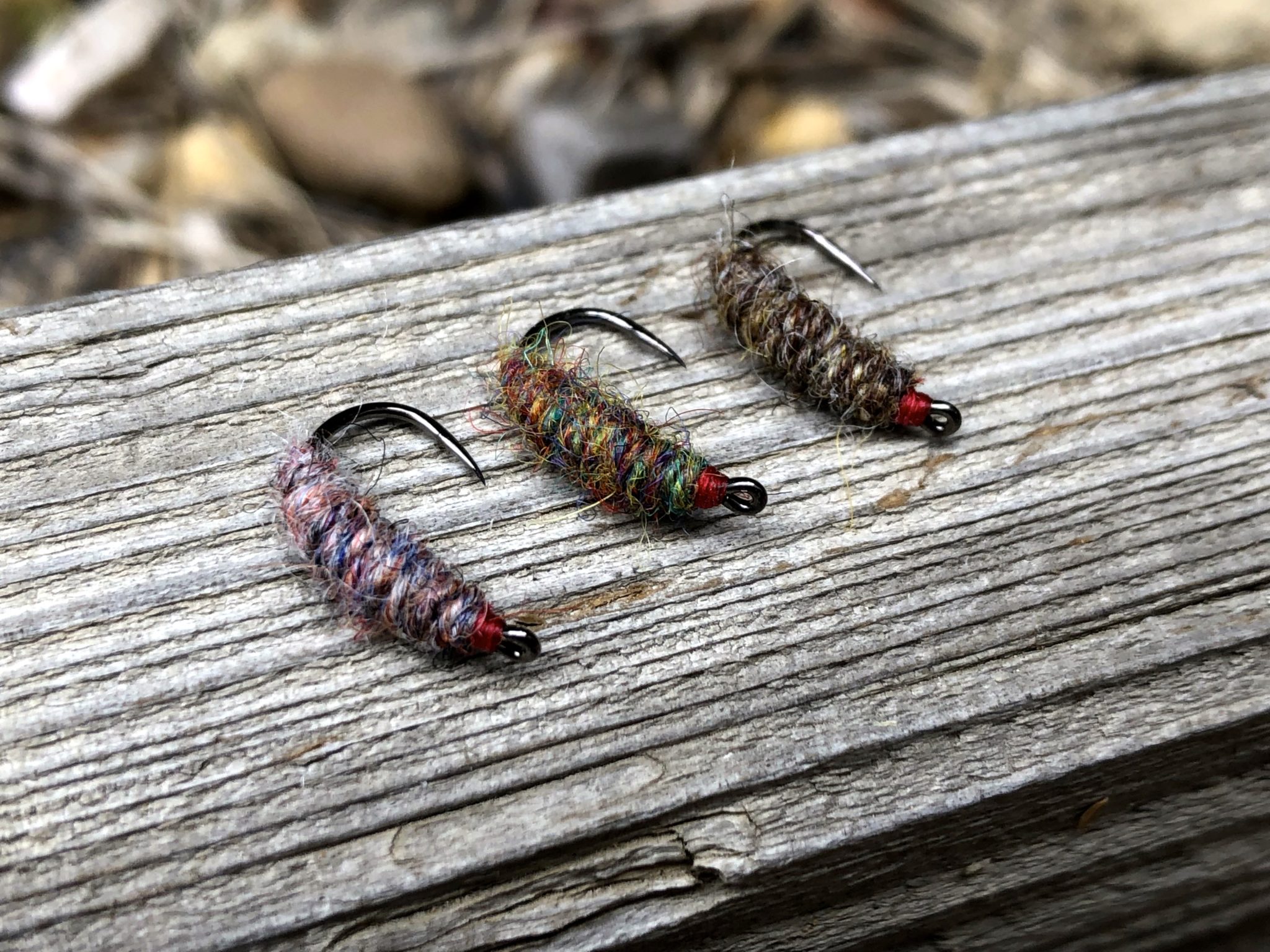 And the Leprechaun color makes a pretty convincing caddis larva … 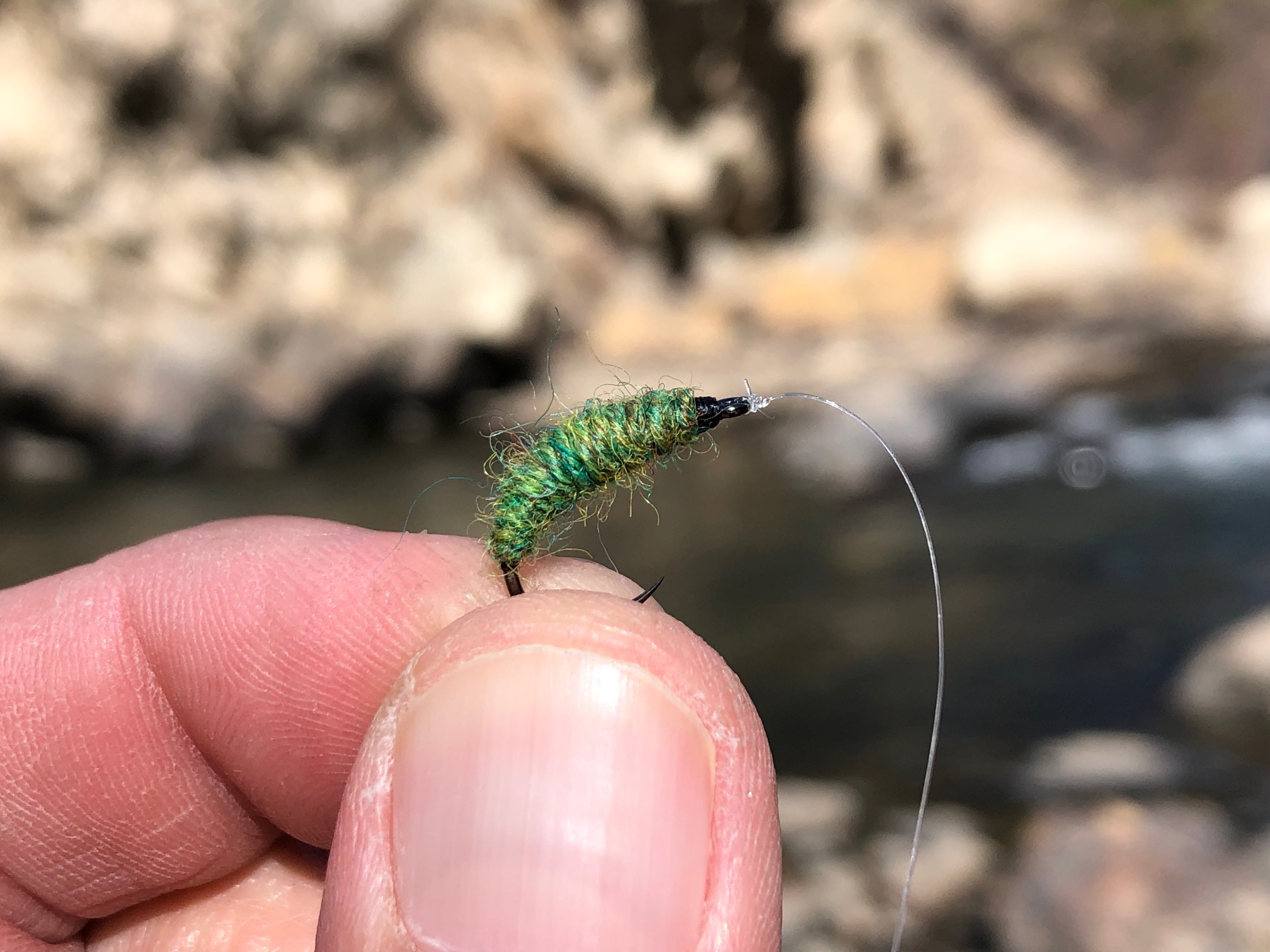 But as Shetland Spindrift is available in 200+ colors, it’s easy to go overboard … 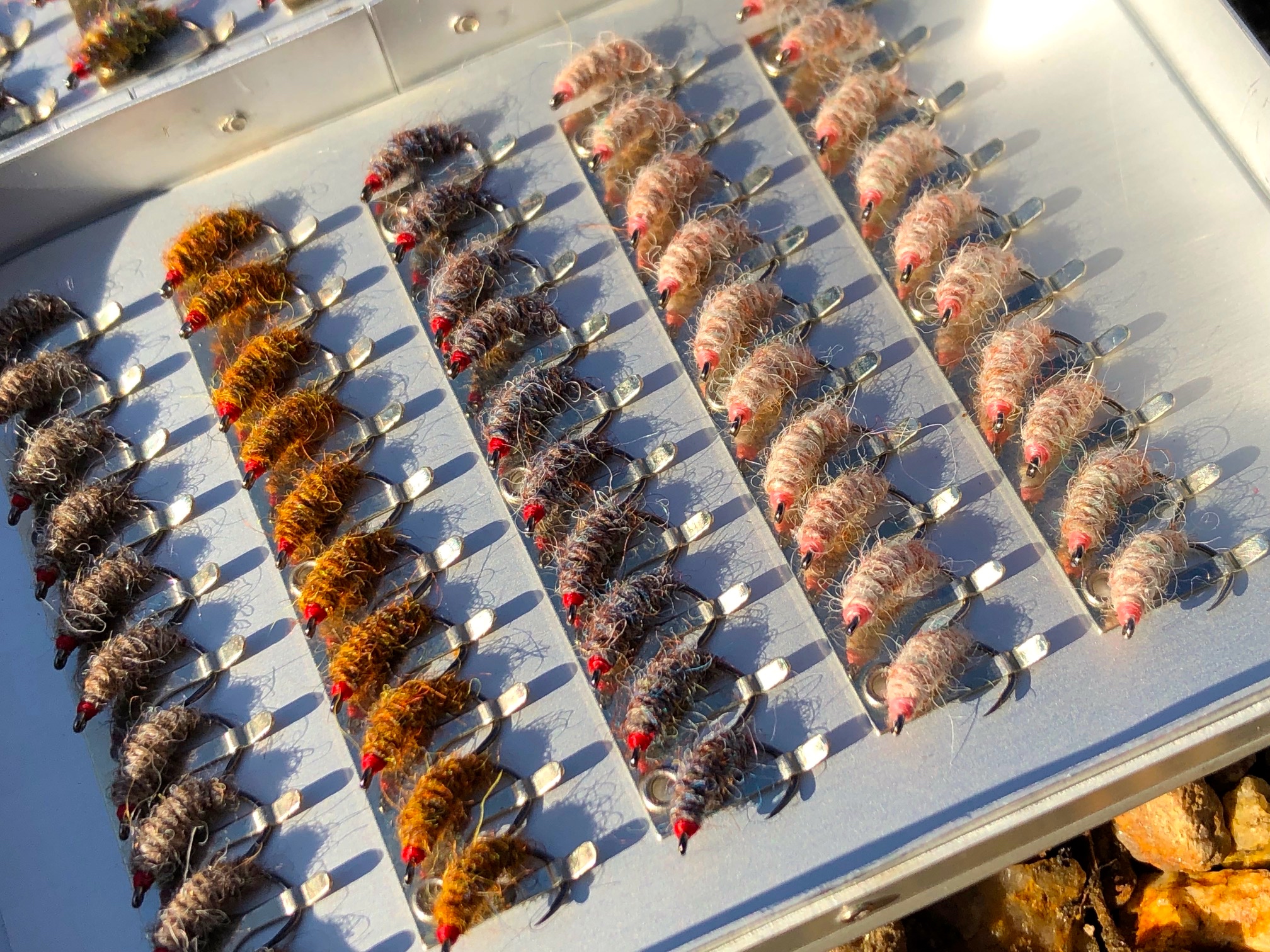 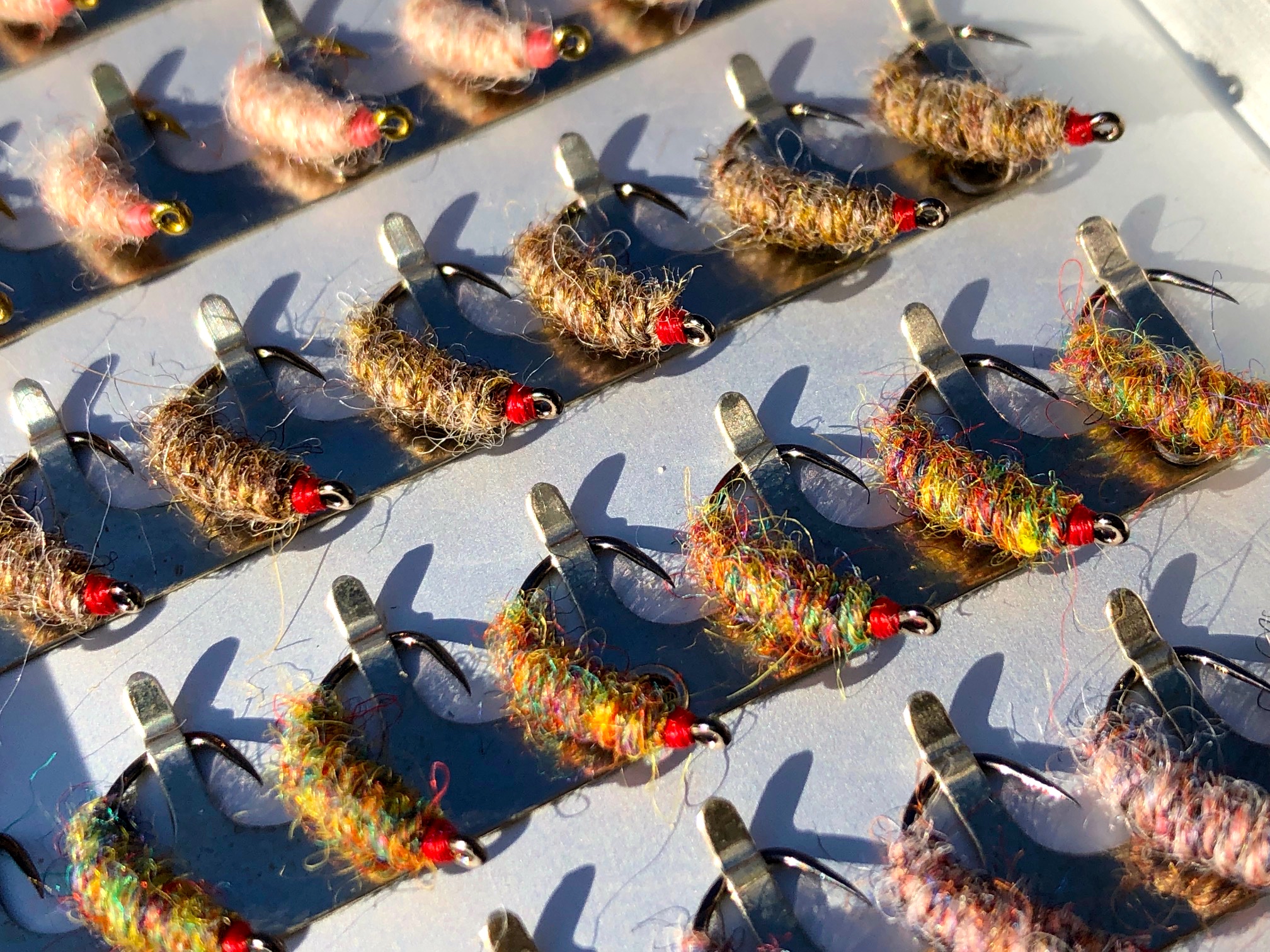 There probably isn’t any “need” to tie the Shetland Killer in a dozen different colors other than to satisfy the whim of the tyer. For all practical angling purposes, probably just a few variations in light and dark colors would suffice. But  Jaimeson’s makes so many enticing colors, it’s hard not to succumb to a piqued imagination. And before you know it, you’ve got ten rolls in your shopping cart.

I get my Shetland Spindrift yarn from The Websters. They have a great selection of colors, fast shipping, and good prices. Unless you’re tying commercially, one 113-yard ball will probably be a lifetime supply which also makes the Shetland Killer an incredibly inexpensive fly. I can tie one for less than 10 cents.

How to Fish the Shetland Killer

I find it most productive to fish it in a traditional upstream or up-and-across stream dead drift presentation with a 5x or 6x tippet (tippet length should be adjusted to suit the depth and speed of the water). I don’t use an indicator–just watch the end of the line for the strike, which is the same as the take on any standard weighted nymph. I should mention that I also tie the Shetland Killer in unweighted versions for shallower and slower water. But most of the streams I fish have high gradients and pocket water so I typically opt for the weighted ones. I haven’t had consistent luck with moving the fly (i.e. a swing or twitch), though that presentation could be productive where there are dense shrimp populations such as in tailwaters or stillwaters. 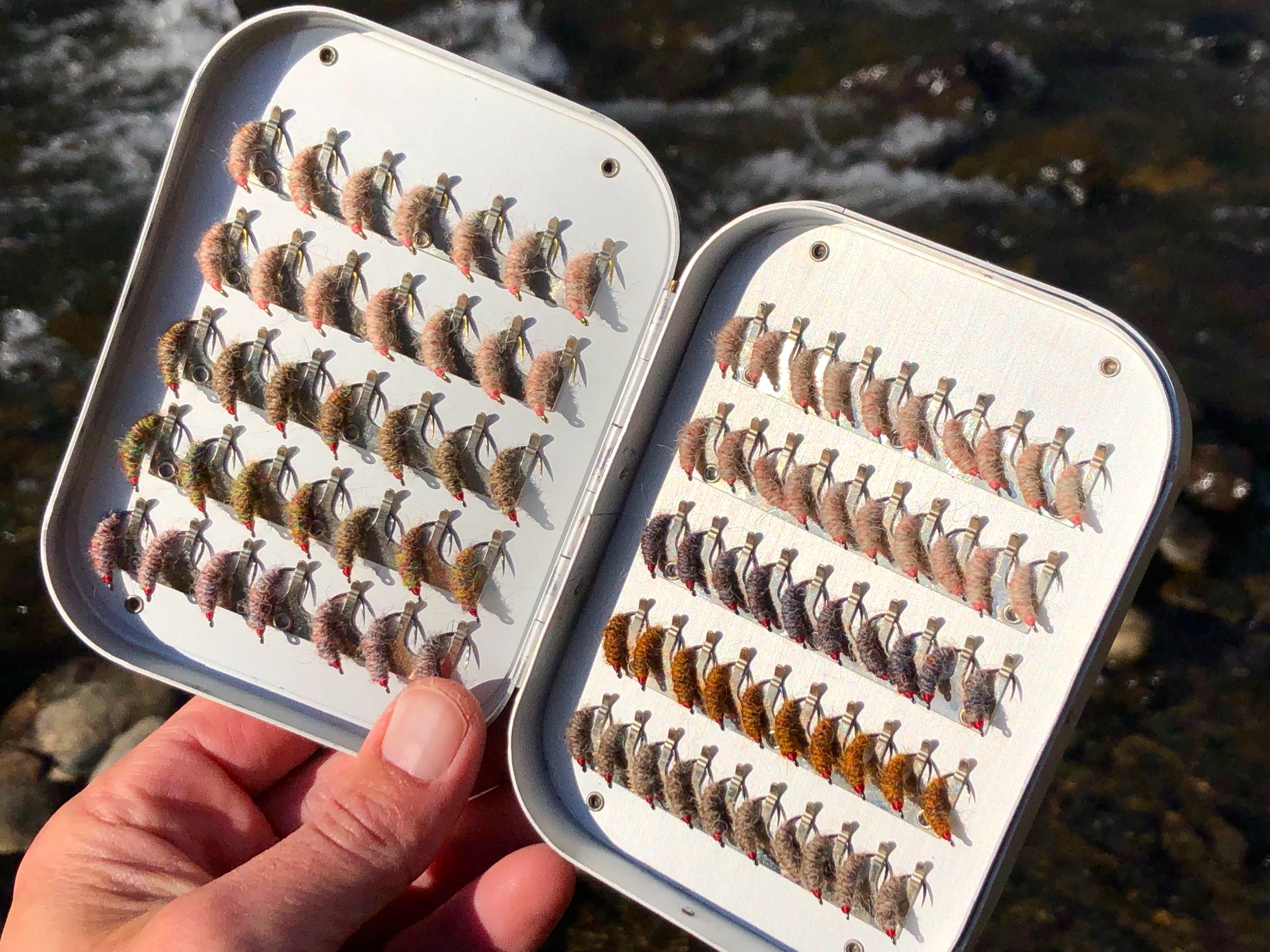 Easy-to-tie, versatile, expendable, and cost-effective, the Shetland Killer is a must-have pattern in my box. It’s a true “fishing fly” that won’t win any awards for aesthetics, but will reward you with its ability to catch even on difficult days.