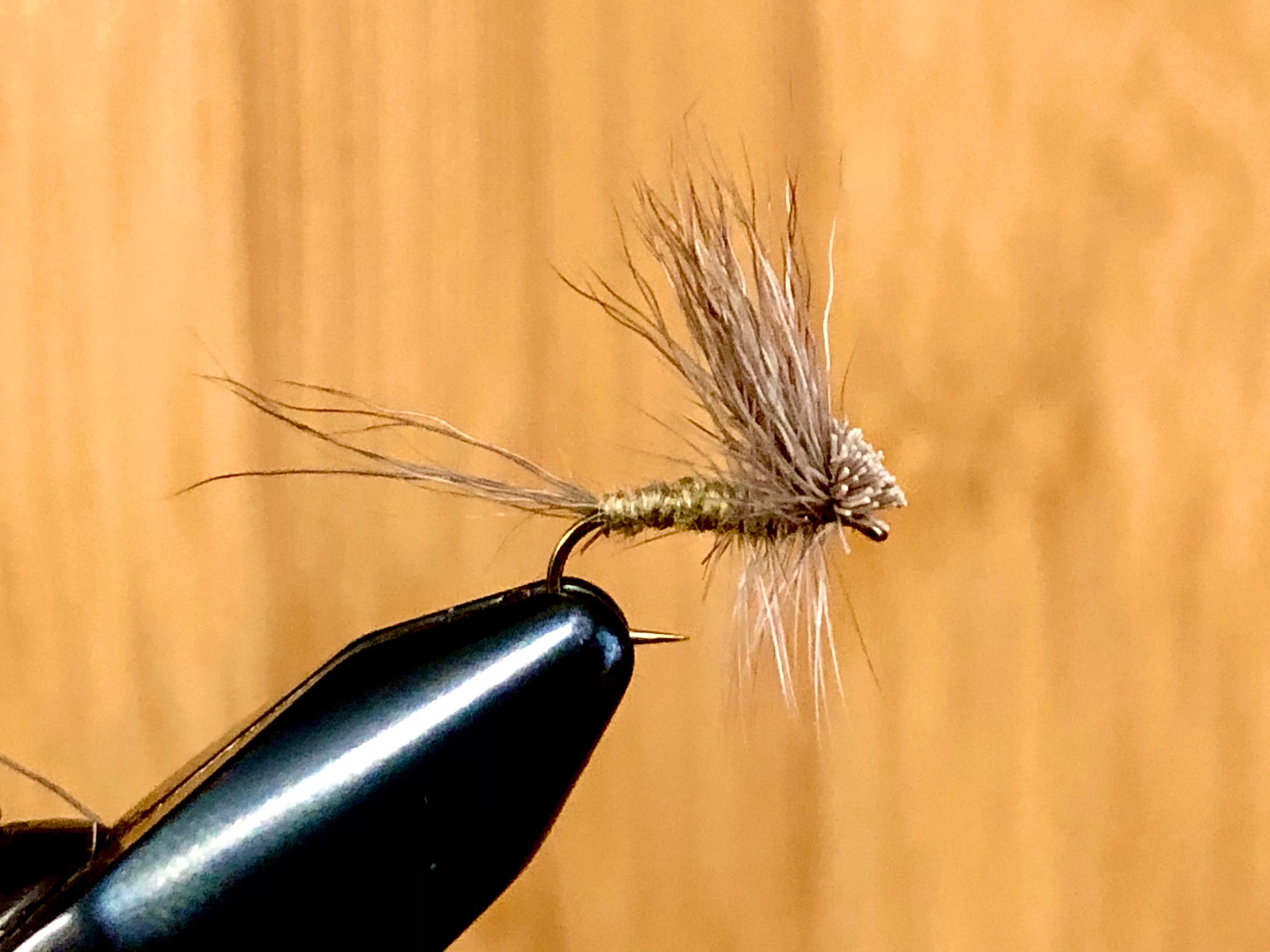 This is a boring fly. But there’s a reason for that. It’s my variation on one of my favorite all-time flies: René Harrop’s Hair Wing Dun. The Hair Wing Dun has proven itself on waters all over the world. It’s easy to tie, floats well, is durable, and versatile. Here’s my version and the theory behind it … 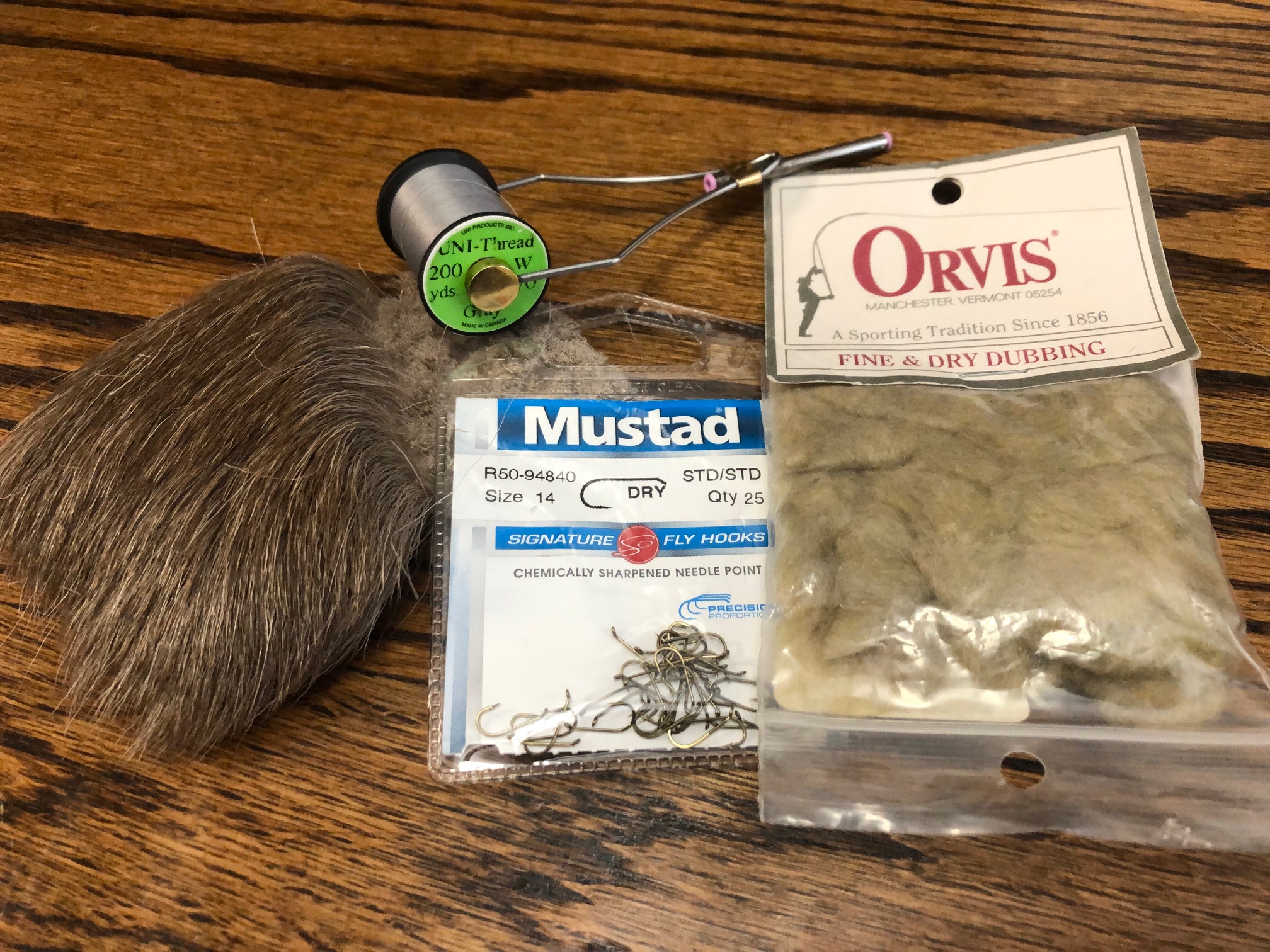 I tie it in exactly the same way the original is tied, but with a few exceptions. Here’s a video with the tying instructions. So what makes my version different? 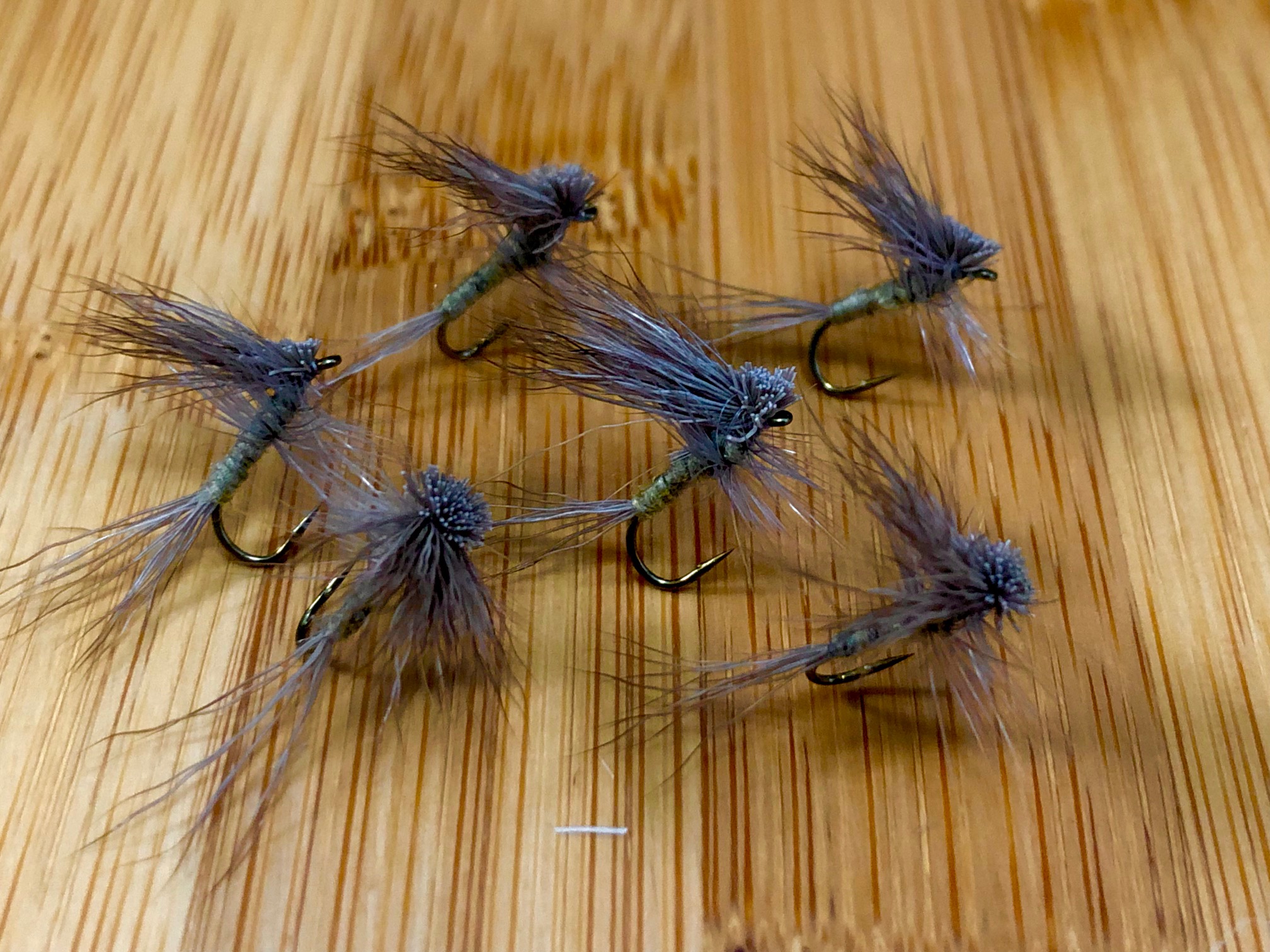 One Shade of Grey

I first started using this pattern when I lived in Western New York and it became one of my go-to patterns. Back then, I tied them in a variety of colors to match Sulphurs, Blue-winged Olives, March Browns, etc. But what I realized years later is that when the fish are looking up and see a natural against the backlight of the sky, they really can’t tell what color they are. They see the size and profile. Also, if you catch an adult mayfly and turn it over, while the back might be yellow, brown, or olive, the underbelly is often a pale grey color. Grey pretty much covers it all. So I don’t bother tying this fly in a multitude of colors. There’s a reason the Adams works for multiple hatches.

I mentioned above that this pattern is versatile, but it’s not just because it’s nondescript enough to imitate a variety of mayflies. You can take your nippers and modify it for the conditions at hand.

This is an easy fly to tie. It may not be the sexiest, but some of the best flies aren’t. I guess I’ve realized after many years that it doesn’t really matter what I see in a fly–it matters what the fish see in a fly. And I can tell you, this fly has gotten rave reviews from the piscatorial critics.