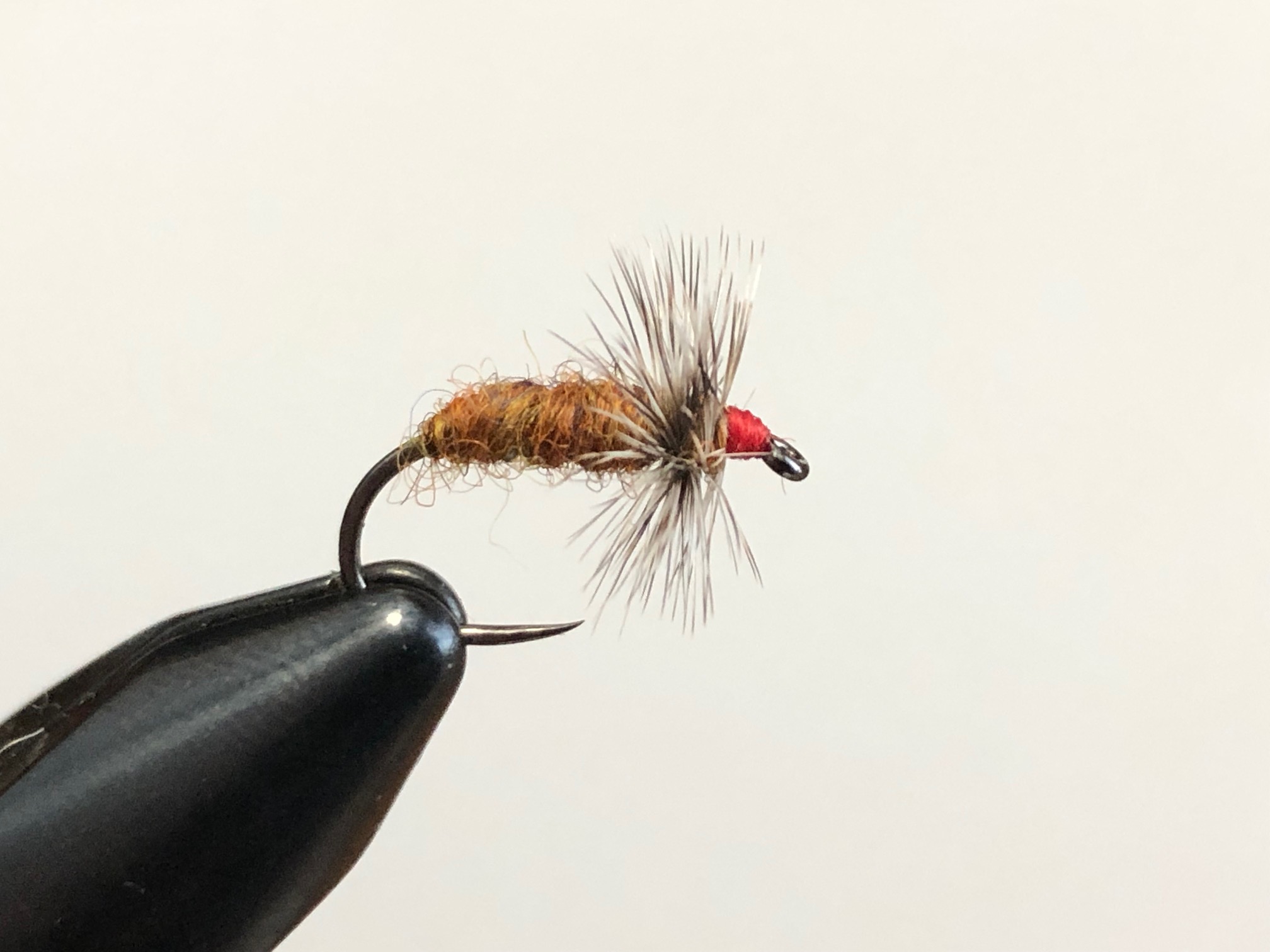 Yes, I know. The party line is that traditional tenkara flies are unweighted. Purists say that you’re supposed to use plunge pools or longer drifts to sink your flies. But this isn’t always possible (especially on my home waters). Most of my local streams are high-gradient with short, fast-running pockets. You might only get a drift of about 4 or 5 feet. And that’s not enough to get your fly down to where the fish are.

One of my favorite tenkara flies is the Futsu Kebari. It’s a versatile, stiff-hackle pattern that is easy to tie and can be fished as either a dry fly or wet fly. But it’s sink rate isn’t great unless you’re on slower, shallower water and have plenty of room to let it get down. Typically, the Futsu uses thread or dubbing for the body; however, I tie mine with yarn (see instructions here). The yarn absorbs water quickly to help it sink faster, but I still consider it a “slow water” fly. So, I decided to start making some weighted versions that preserve the original look (i.e. not adding a bead) while being better suited to fast water and short pockets.

To tie this fly, follow the instructions in my link above, but just add a lead wire underbody. This makes the body noticeably thicker, but I think this actually makes it more enticing to trout (especially the lazy ones hugging the bottom). Here’s my version … 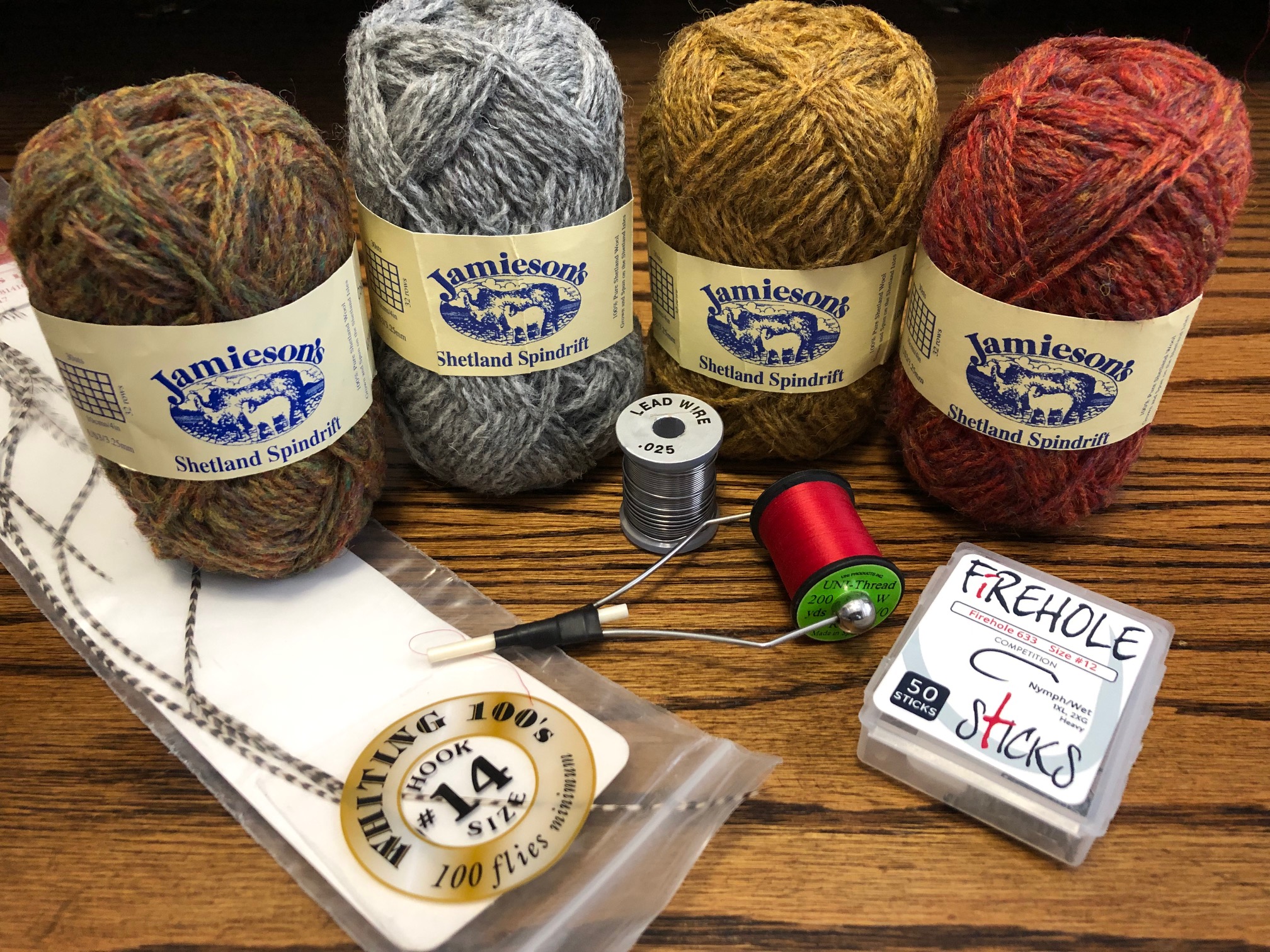 Of course, you can substitute any of these materials with whatever you want. One of the great things about this pattern is that it lends itself to experimentation. I just like the yarn because it’s durable, fast, buggy looking, and cheap. And as I said before, it absorbs water which is exactly what you want in a subsurface fly.

Why the red thread?

You might have noticed that I tie most of my tenkara flies with red thread. The reason for this is that red is one of two colors trout can see best (second to blue). Even just a small head of red thread can catch the eye of the trout and get their attention. I think this is one of the reasons the red body on my version of the Takayama Sakasa Kebari works so well.

Why the shorter hackle?

Simply put, it’s for hydrodynamics. I want this fly to sink as fast as possible and the more hackle you have, the more resistance it will put up. The shorter hackle is just enough to give a buggy profile without impeding the sink rate. 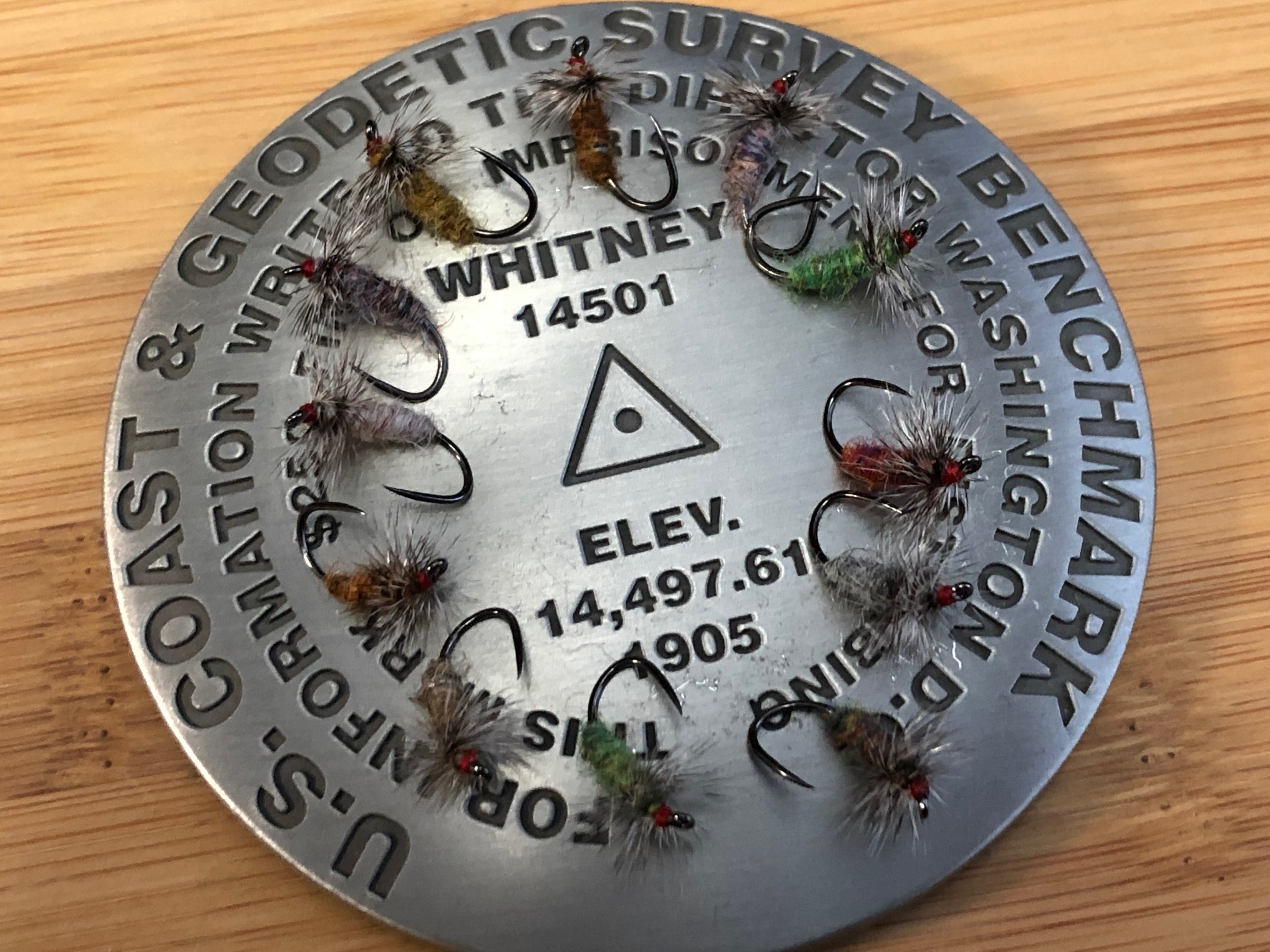 So, armed with both the unweighted and weighted Futsu, I can fish the entire water column–from surface to substrate.