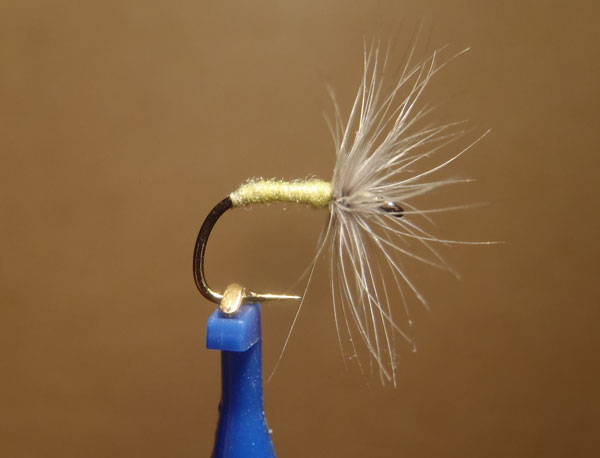 I’ve been playing around with my Amano tenkara hooks and thought this simple pattern might be a good fit for their smaller size range.  If you want to match the hatch, this would be a good fly to fish during a PMD or PED hatch.  But it would also make a good general tenkara fly when you just need a lighter colored pattern.