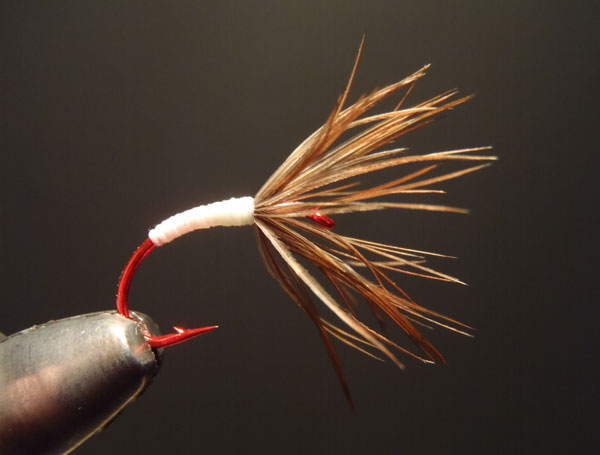 Many anglers tout the effectiveness of using red hooks in their fly patterns.  While there appears to be some science behind it, I’m not a red hook fanatic; nor am I a foe.  I don’t know if or why red hooks add some attractor qualities to flies or not.  I’ve caught fish on them and I’ve caught just as many fish on bronze, blue, or black hooks.  But as a tenkara angler who is dedicating himself to tying mostly simple flies with only two or three ingredients, different colored hooks are a nice way to add some diversity to the aesthetics of my tying (whether for me or the fish, I don’t know).  Anyway, here are a few patterns I’ve tied on red hooks that you might find interesting if you’re looking to add some different dimensions to your tenkara fly tying. 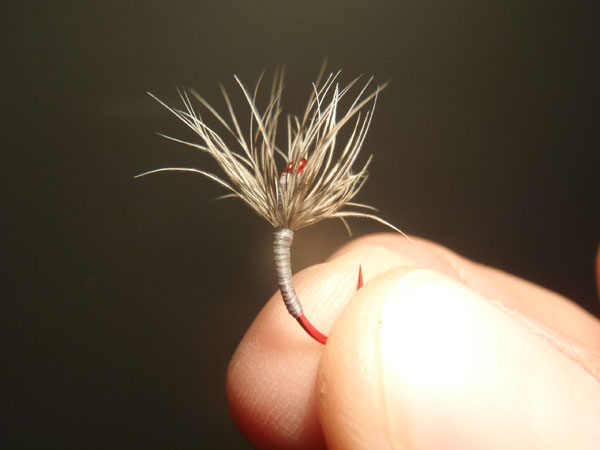 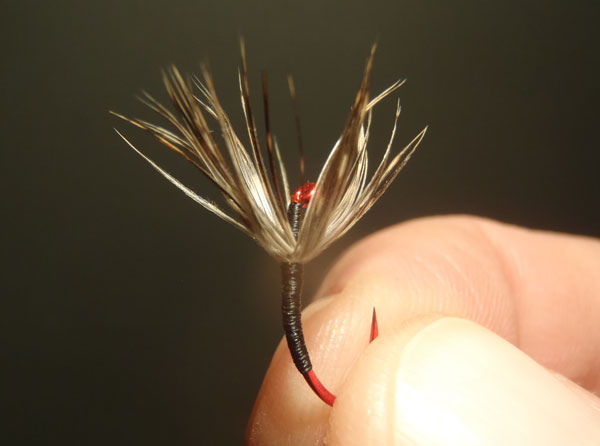 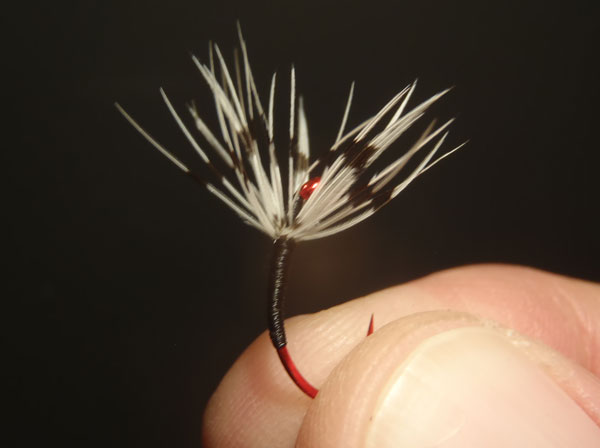 Of course, there are a million color combinations you could try on red hooks; and you don’t have to limit yourself just to red.  That just happens to be the color du jour.  Today, many manufacturers offer hooks in a veritable rainbow of colors compared to what I used to have available to me in my early tying days.  It’s a good time to tie.  And it’s amazing how just substituting something as simple as hook color can breathe new life into familiar patterns as well as your benchside creativity.