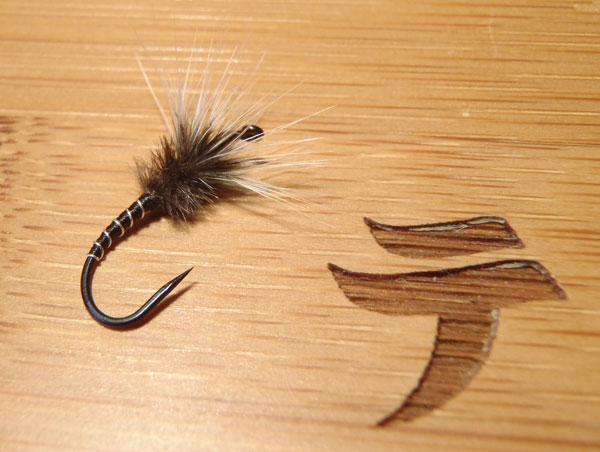 The “Calligraphy Brush” is basically a slightly more dressed up version of the Kamikaze Kebari with cufflinks and a collar.  The ingredients are almost the same except “the brush” is tied on a slightly longer hook to accomodate an ostrich herl thorax.  The ostrich thorax gives a little meatiness to the fly, absorbs water to help it sink, and pulses to give a little more movement.  The materials I list below are just a suggestion but you could substitute a wide variety of color combinations.