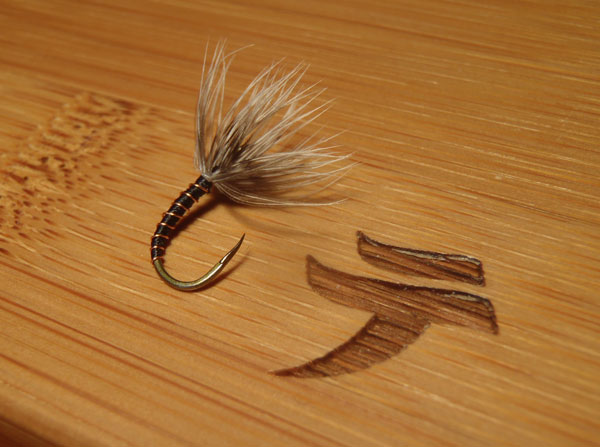 Whenever anyone asks me what makes the sakasa kebari an effective pattern, of course my first answer is the standard one–that the reversed hackle produces a lifelike motion in the water.  But this is always immediately followed by an explanation of what I consider an equally important (yet often overlooked) quality of these flies:  they’re expendable.  This might seem like a strange quality to admire in a fly (something some people call “art”) but considering that we take our carefully handcrafted patterns and throw them to the mercy of trout rather than hang them on walls, it soon becomes clear that a willingness to send your flies on a suicide mission can greatly increase your success on the water.

When I lived back east (and was a better tier than I am today) I tied painstakingly detailed flies.  Right down to the individual tails, legs, and colors, they were about as realistic as you could get.  Several hours at the vise might have only produced a handful of flies but they looked great and I was very proud of them.  There was only one problem:  I was afraid to fish them.  I can recall probably hundreds of instances where I refused to cast my “works of art” into a gnarly log jam or under overhanging brush simply because I didn’t want to lose forty five minutes at the vise.  Were there fish in those tight spots?  Of course. But my trepidation made me miss the opportunity.

This experience probably isn’t unfamiliar to most of you.  Think about the last few times you went out.  How many spots did you skip over because they were “too tight” or you just knew a cast there would mean an inevitable sacrifice to the rock gods?  Maybe you considered them for a moment, but then moved on to “safer” water.  Now consider that every angler on the stream that day (or week, or month, or year) probably did the same, leaving the trout comfortable, undisturbed, and overconfident in their hiding places.  These are missed opportunities.  Especially on pressured waters, fishing these “danger zones” can really pay off for those brave enough to send their flies on a kamikaze strike.

Now imagine those same situations only with a fly that took you only a couple of minutes to tie, used cheap materials, and you weren’t afraid to lose.  One that you could restock your entire box with with minimal time investment.  Would you make the cast then?  I would.  And I do (now).  That is the concept behind “kamikaze kebari”.  It’s not a specific pattern per se–just a fly that you have confidence it yet is so simple to tie that you consider it expendable and wouldn’t give a second thought to throwing into harm’s way.

My kamikaze pattern is nothing special (which is exactly the point) and is about as easy to tie as you can get.  Here is the basic recipe.  I tie it in two variations:  a lighter one with gray thread and silver wire, and a darker one with black thread and copper wire but you can substitute any colors or materials you like. 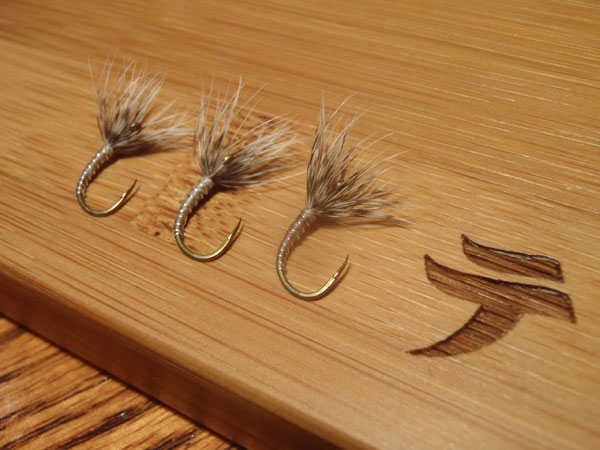 Once you find your kamikaze kebari, waters you’ve fished for years will reveal new possibilities to you. All the tough spots you were once reluctant to fish will now be accessible, making even the most familiar rivers seem new.  And being able to cast into spots most other anglers ignore will give you a backstage pass to some excellent fishing.

[learn_more caption=”Did you know?”] Kamikaze means “divine wind” in Japanese. I don’t know about you but I think kamikaze tenkara, or, “divine wind from heaven”, has a nice ring to it.[/learn_more]

What is your kamikaze kebari?