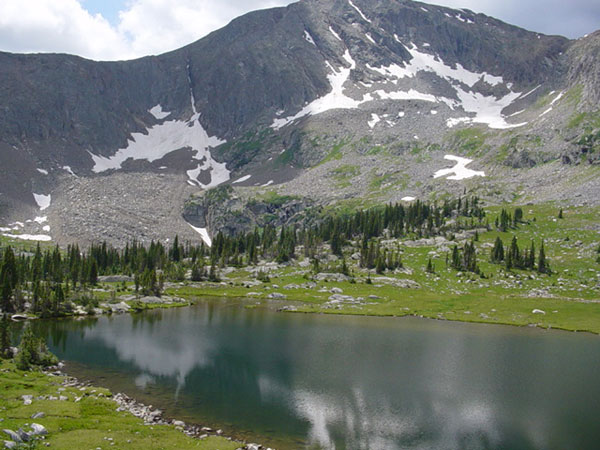 As tenkara takes hold in the West, many people are experimenting with different techniques, rigging, and DIY gear modifications. As someone who has a deep passion for innovation, I think this is a good thing. But there are many voices criticizing certain types of experimentation in an effort to preserve the intrinsic simplicity of tenkara. And I think this is a good thing too in order to maintain a balance. Yet there seems to be an intersection where these two camps disconnect. To me, the idea of where simplicity matters is being ignored and I think this needs to be addressed in order to decide if gear modifications or any other DIY experimentation can be accused of betraying the simplicity of tenkara.

Let’s take the example of a hand made horse hair line (the kind originally used in tenkara by the way). These lines are far more complicated to make than a level fluorocarbon line. First, you need to decide on a formula. What length will it be? How many sections? How many strands per section? After that, you have to scavange through the tail to check each hair you want to use for strength. Once you’ve selected the number of hairs you’ll need, you have to manually twist each snood (section) together with the appropriate number of strands. Then, you have to tie each snood together, clip off the tag ends, and add a small drop of flexible cement to each knot. Finally, you attach loops at each end to connect the tippet to the line and the line to the rod. On the butt end, you have to tie a loop of dacron or spectra braid. On the tapered end, you have to attach a length of monofilament and then tie a loop knot in that to connect the tippet.

Now, compare that to a level line where you literally pull off a length of line, cut it, add a loop in the end and you’re ready to go. Which one is “simpler”?

Obviously, the level line is. But consider this. Is your on stream experience “more complicated” depending on if you bring a level line or a horse hair line? Of course not. You’re still fishing with a rod, a line, and a fly. The construction of the horse hair line was done ahead of time and doesn’t play into the simplicity of your fishing on the water at all. If it did, then it would be logical to say that modern day tenkara is actually simpler than traditional fly fishing since we don’t have to construct such complicated horse hair lines anymore. I don’t think many purists would like that argument. The problem is that most people who criticize a DIY idea for being too complicated are focusing on its construction rather than its use.

To me, we shouldn’t take out the simplicity meter until you step foot in the water. Otherwise, you risk a slippery slope. If you say that fishing a modified level line with pre-attached loops or  O-rings rather than a level line straight out of the box is too complicated then where does it end? Does everything that lead up to your ability to fish tenkara count against it’s simplicity? If so, the simplicty of tenkara is in big trouble. What about the design and manufactuing process that went into your telescopic rod? That’s complicated. What about the extrusion process and chemical formulas behind making the fluorocarbon you’re using?  What about the chemically sharpened hooks, dyed materials, and all the fancy tools that went into making your flies?

Of course, no one would argue that any of these things make your experience on water more complicated because they were all done ahead of time (and mostly, not by you). There’s a reason we tie flies at home and not streamside.  So why would anyone criticize preparing or modifying gear at home to make it perform the way you want to in the field? None of these things make your experience on the water any more complicated. In fact, I would argue that the so called “complexity” behind the scenes is what actually allows the on stream experience to be simpler. Imagine if you had to tie a horse hair line on the stream every time you fished. Now THAT would be complicated!

The bottom line is that you can have your furled horse hair line with an O-ring while I have my simple level line and we’re both fishing simply. However much labor we put into contstructing our lines ahead of time or not becomes irrelevant the moment we take our first cast.

So the next time someone calls an idea you put forward “too complicated” take it with a grain of salt. Ask yourself how it will play out when you’re actually fishing. Will it make life easier on the water? If so, then it might well be worth a little prep time at home. Personally, I like tinkering with gear. One person’s “complexity” is another person’s hobby. But when we’re on the stream together, I’m fishing just as simply as the next guy…just a rod, line, and fly.