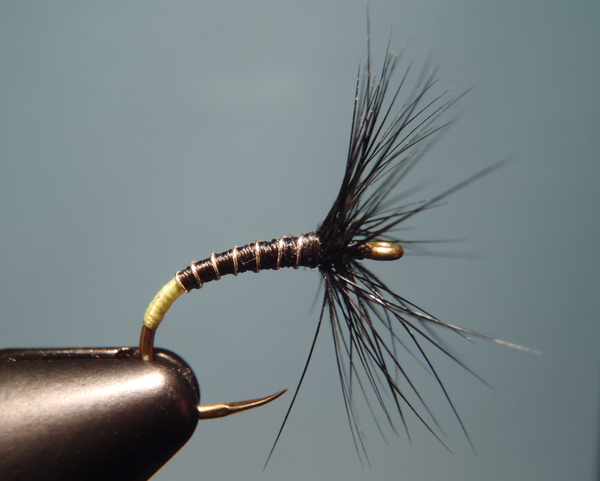 No, I’m not trying to start a revolution (yet). “Viva” is a color scheme for fly patterns that is extremely popular on the UK Stillwater scene. The original Viva was a wet fly tied by Victor Furse for reservoir fishing but has since become a template color combination of black, chartreuse, and silver and is now applied to myriad of patterns such as buzzers, boobies, buggers, and other wet flies.  I used to do a lot of still water fishing and read many UK magazines which is where i first heard of the viva.  Since then, I have used it for trout, bass, panfish, steelhead, and salmon and it’s proven to be an effective color scheme all around.  So, why not apply it to a Tenkara fly?

No matter which incarnation the viva takes, a few rules of thumb apply. Black is usually reserved for the majority of the fly.  So, that often means the body and hackle.  The chartreuse is used for a tag or butt at the bend of the hook and the silver is typically wire, tinsel, or oval tinsel ribbing. I followed this convention for the viva sakasa kebari.

If you’re a bass or steelhead angler, you already know that the combination of black and chartreuse just plain works. On the Great Lakes tributaries I used to fish, one of the most popular flies was a chartreuse and black egg sucking leech.  I used to tie a gorgeous viva spey fly that steelhead could not resist. I think the main reason the viva is so effective is its use of contrast.  I’ve written about the concept of using contrast in fly design before and the viva embodies this on a hyperbolic level.

This is just the way I tied it. But because the sakasa kebari template is so flexible, you could experiment with a variety of different materials to get the look you want.  I’m also thinking the Stewart Spider is a good candidate for a viva makeover. 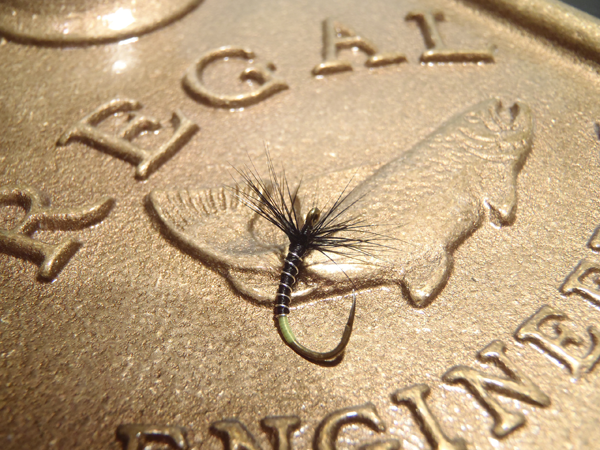