Tenkara Presentation at the Fly Fisher’s Club of Colorado 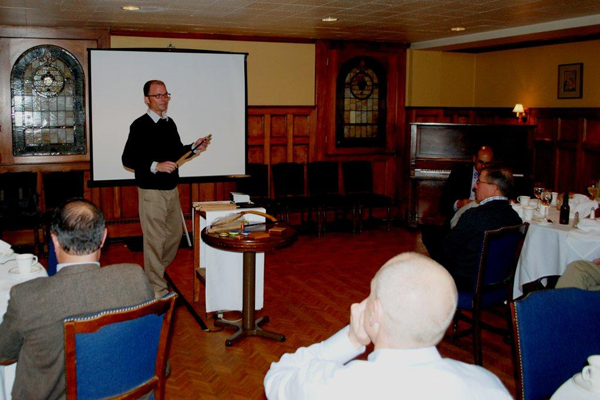 Last Wednesday, I had the privilege of giving a tenkara presentation to the Fly Fisher’s Club of Colorado at their monthly dinner. The event was held in the prestigious University club of Denver and if you’re wondering why I wasn’t wearing my signature baseball cap and Jeans, it’s because the club has a strict dress code. While it felt weird to hold a tenkara rod in my hands while wearing business attire, it was a great night.

I first explained a little of the history of tenkara and passed around some examples of tenkara gear I brought. As you might expect, the gear was a big hit. 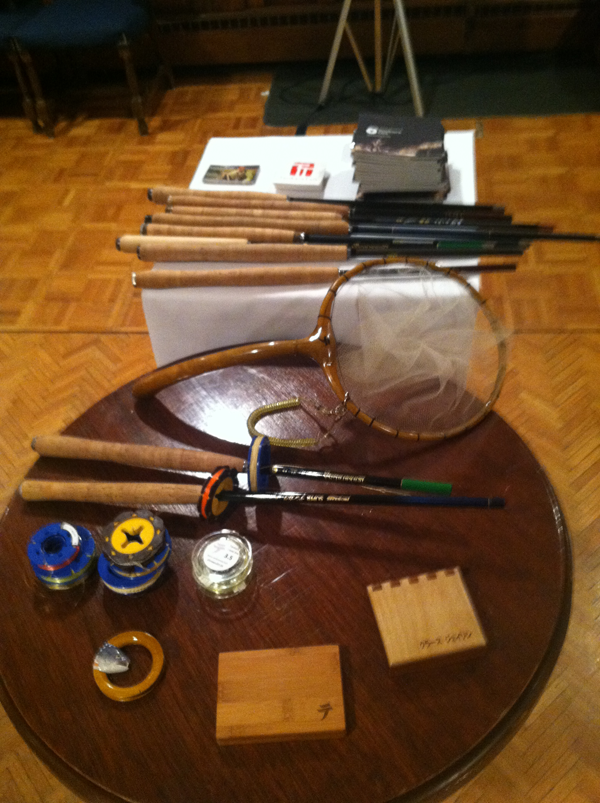 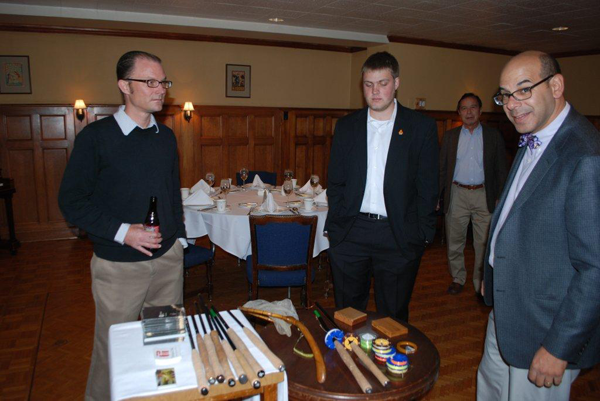 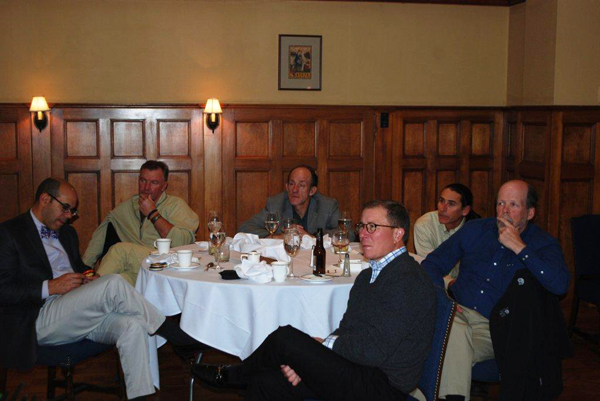 Checking out some tenkara gear during my presentation

Then, we moved upstairs to a large banquet hall to do some casting. The hall was set up for a large Thanksgiving dinner the next day. If you think casting under overhanging branches is a challenge, try casting while not snagging very expensive looking chandeliers and china! There was a good chance I’d be washing dishes that night to pay for damages, but somehow I managed not to break anything (mostly by kneeling and using a shorter rod). 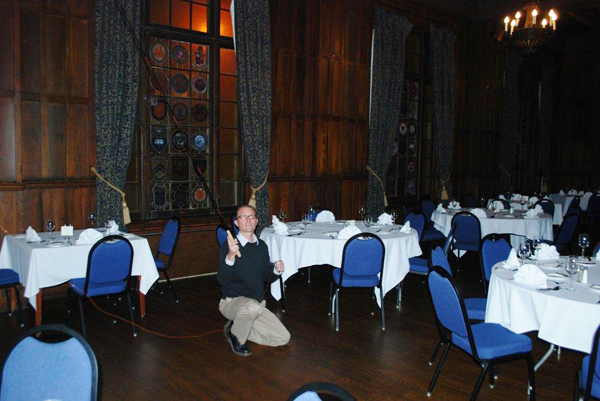 Tenkara casting in a banquet hall will test your skills!

The group had a lot of interesting questions and seemed to be pretty enthusiastic about trying tenkara. One question I found especially thought provoking was about retrieving line when landing a fish. I need to experiment with the idea more but I have never heard of anyone doing this and it might lead to an interesting (and easier) new technique for bringing in fish with a long line. More on that later.

The club has a total of 35 members, so I thought the attendance of 20 people was a pretty good turnout. I’m starting to really enjoy giving these presentations and seeing people get excited about tenkara. It’s also a great way to dispel a lot of myths about tenkara (that it’s dapping, etc.) right off the bat so people can experience it without any preconceived notions. 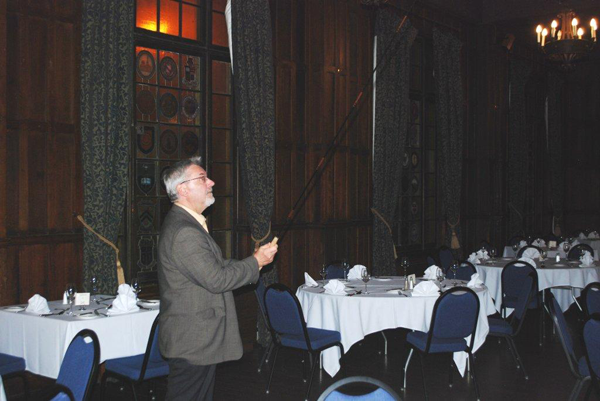 A club member checking out an 11 ft. Tenkara USA Iwana

If you know of a group in Colorado that would be interested in a tenkara presentation, contact me or put me in touch with the right people and I’d be happy to do it free of charge.