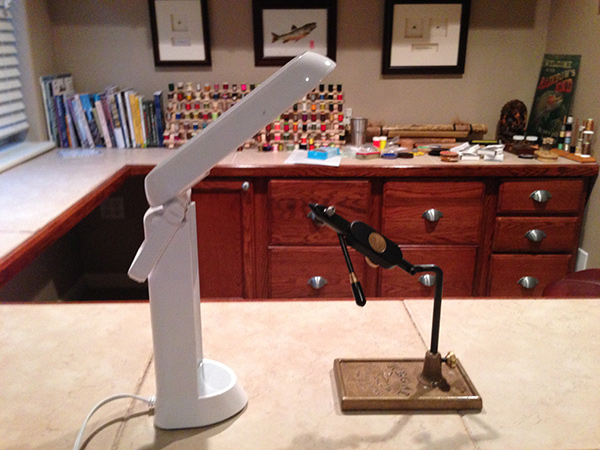 A harsh truth all of us who tie flies have to inevitably face is that our eyes aren’t getting any younger. I remember as a teenager tying size 28 midges in my parents’ basement simply by the ambient overhanging fluorescent lighting without any problem. But as I’ve gotten older, I’ve found myself needing supplemental lighting. My eyes are OK (according to the optometrist) but they’re clearly not what they used to be.

For the last few years, I’ve been using a cheap lamp to tie by. I can’t remember where I got it but it’s one of those swing-arm halogen types with the small bulbs that are impossible to find and even more impossible to replace. The light it gives off is a little too warm in the color spectrum and sometimes I pull a fly out of the jaws of my vise that looked perfectly fine while I was whip finishing it off, only to find it looked totally different in daylight. I finally decided it was time to get a “real” tying lamp. 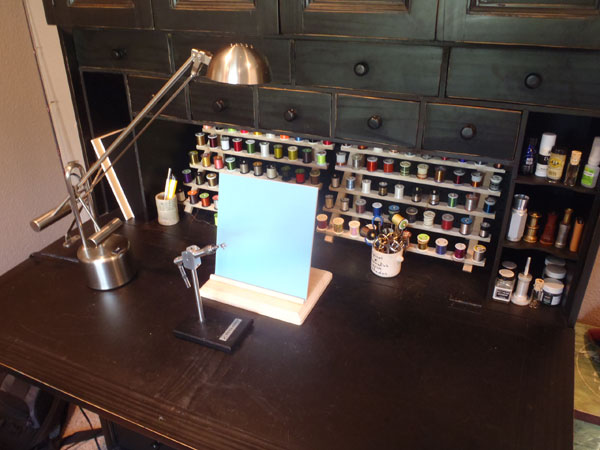 While at the Denver Fly Tying Show, I noticed Joe Egry was using an OttLite Task Lamp. It reminded me that I had heard about a lot of other tiers using one and I asked him about it. He said he liked it, so I did a little research and it seemed to be a good fit. So, I found one on eBay for a good price and ordered it.

Right away, I noticed a difference compared to my old lamp. The light was a lot whiter and provided better visual acuity and depth-of-field, especially against some of my DIY background templates. And I definitely didn’t get the eye strain I did with my old lamp.

Another thing I like about the OttLite is that it’s very portable. The whole thing folds up into a compact size and there’s even a swing-out carrying handle. This will make it very convenient to bring to remote tying demos. 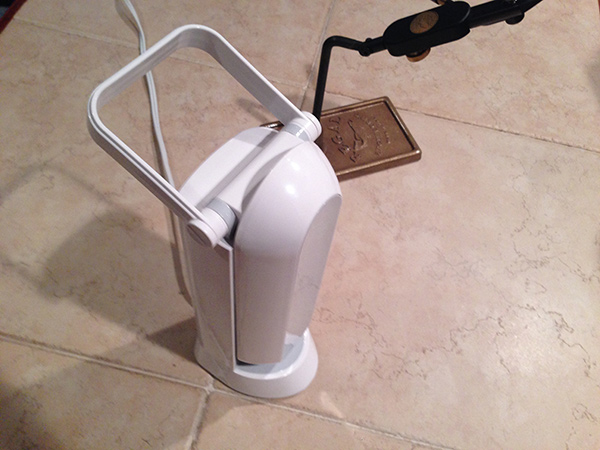 Overall, I really like this lamp and wish I had bought one years ago. Plus, it’s a fraction of the price of other so-called “fly-tying” lamps I’ve seen.

What type of lighting do you use for tying?