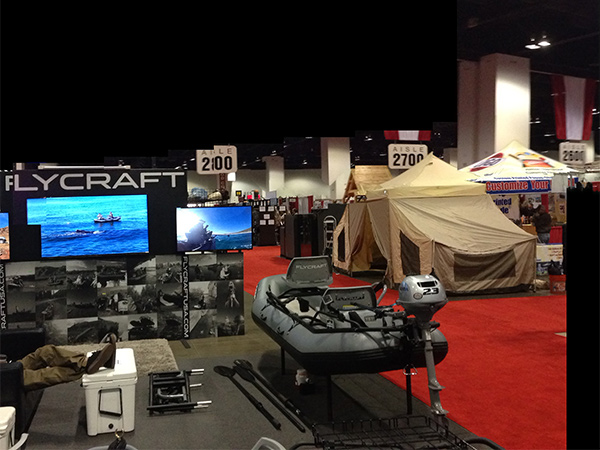 Just off the heels of last week’s Denver Fly Fishing Show, today, I attended ISE 2015 at the Colorado Convention Center. For those of you not familiar with this show, it’s massive. To give you an idea, the floor plan puts the catacombs beneath Paris to shame: 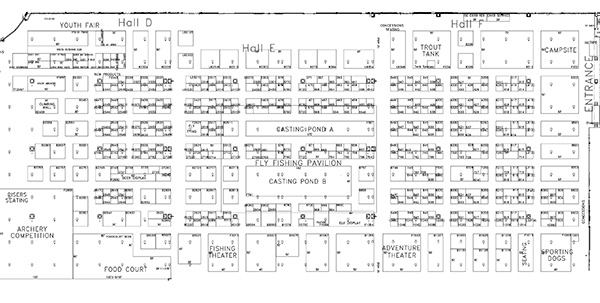 Whereas I was really please with tenkara presence at the Fly Fishing show, I was disappointed by the lack of it at ISE. Basically, Tenkara USA was the only booth that had tenkara gear. 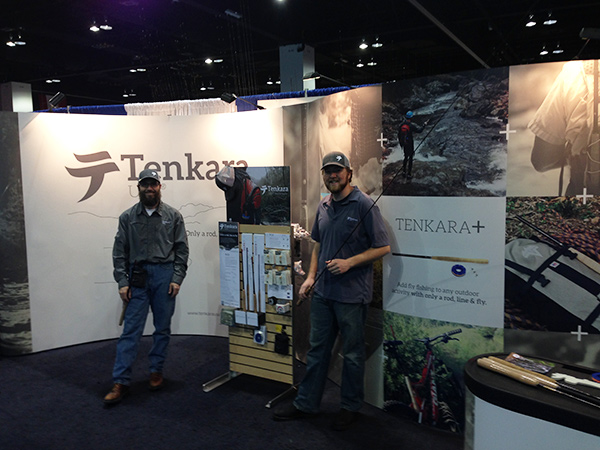 That’s to be expected since this show has a much broader scope. It’s not just fly fishing, but also lure & bait fishing, hunting, boating, ATV-ing etc. There weren’t enough fly fishing booths to keep me interested for very long. In fact, probably 90% of the exhibitors were things I don’t do or have no interest in. I don’t hunt, I don’t have a boat, and I can’t afford to take a $6,000 trip to some exotic location to fish so there wasn’t a lot for me there.

That’s not to say it isn’t an excellent show. But I think the ideal attendee is someone who both fishes and hunts (or at least does some combination of the different types of outdoor activities represented there). For me, the Fly fishing Show is a better fit. But for others, ISE will be a paradise. 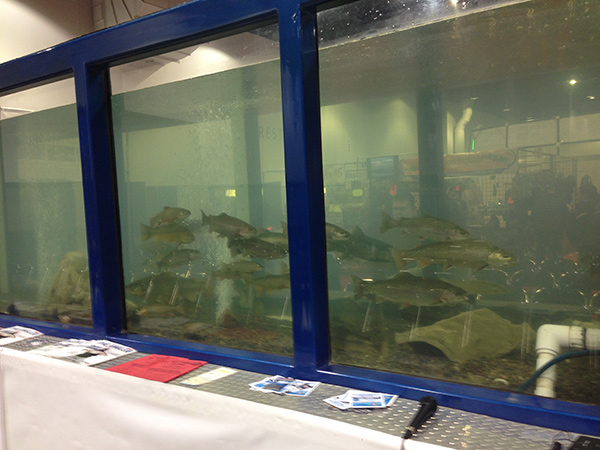 I didn’t take many pictures since I wasn’t there very long. I basically talked to Daniel and Graham at the Tenkara USA booth for a few minutes and left.

Here’s a quick panorama. It might look dead but that’s only because it was the last day of the show, plus, the gates had just opened. From what I heard the show was pretty packed for the first 2 days.

A few things I do like about this show better than the Fly Fishing Show… For one thing, there were tons of casting pools (and bigger ones). Also, the ceilings are a lot higher. At the FF Show, the ceiling is lower  and there are rafters and things that hang down from the ceiling. People are constantly getting snagged on them. There’s a rail one of the bay doors near the casting pool that is decorated with tippet and little brightly-colored pieces of yarn.

All in all, this show is impressive, but I think I will stick to just the Fly Fishing Show next year. There’s overlap in fly fishing vendors between the two events, and a lot more tenkara at the there. But, I think once we see a strong tenkara presence at ISE, we’ll know tenkara has gone mainstream.

ISEtenkaratenkara trade shows
About the author