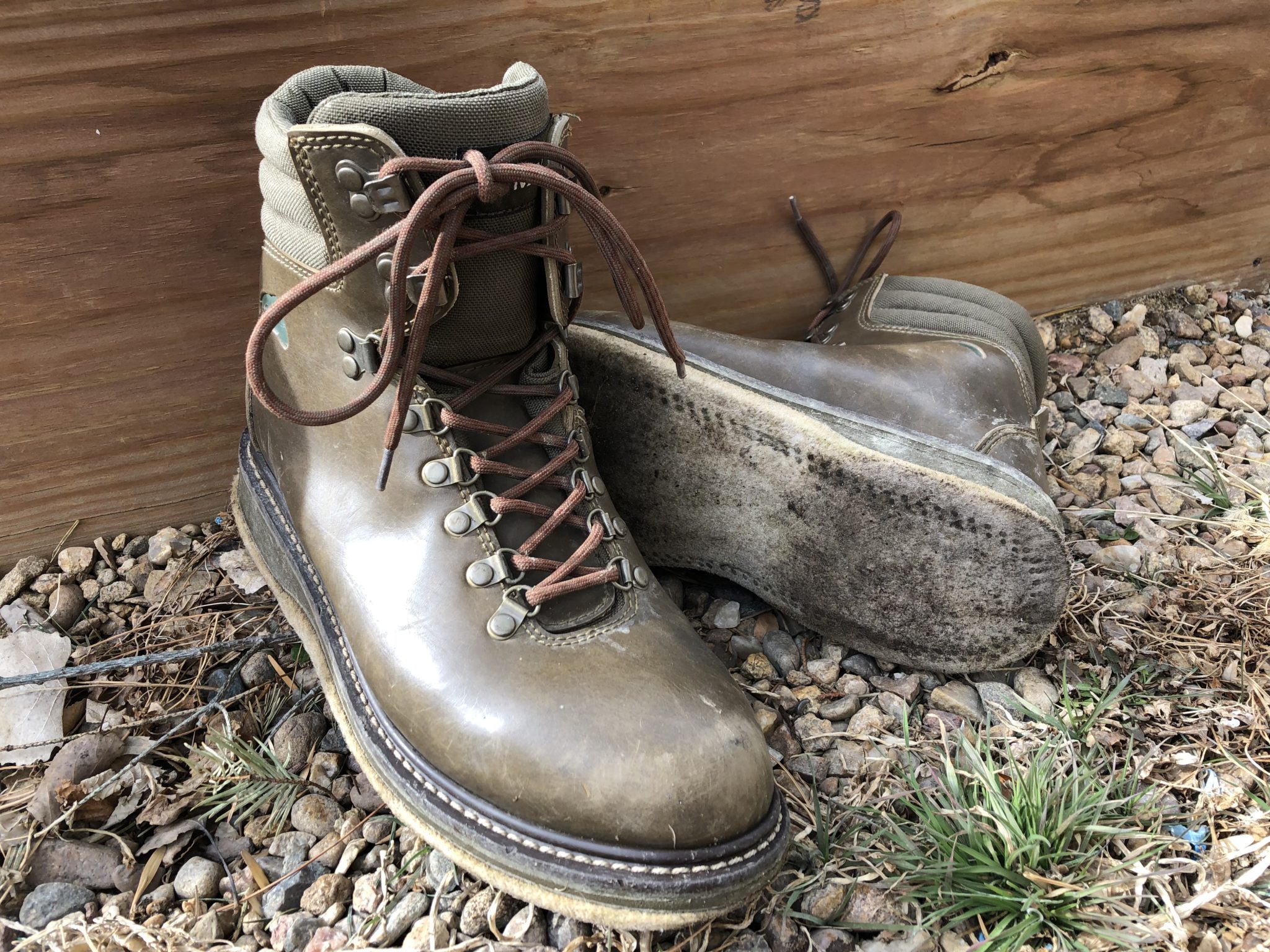 Over the last several years, a debate has been raging in the fly fishing world that comes up so frequently, I thought it better to write out my position on it so I can link to it rather than explaining myself time after time. The debate centers around felt-soled wading boots vs. rubber, with the detractors of felt claiming that it is responsible for the spread of invasive species across watersheds. The argument is that since felt absorbs water, it can harbor larvae and veligers of detrimental species such as Zebra Mussels, New Zealand Mud Snails, and a variety of aquatic plants. When the concern first surfaced, many anglers thought that merely drying out their wading boots would kill the invaders, but this proved to be ineffective as many species can go dormant for long periods of time under dry conditions. In another attempt to mitigate this, some tried freezing or bleaching their boots. But this proved to not have a 100% kill rate. Then, the glorious solution appeared (generously offered to us idea-starved product dev departments across the fly fishing industry): rubberized soles. They wouldn’t absorb water, and therefore, would prevent stowaways being transported between watersheds. Seems logical, right?

In short, not only is human impact so minimal on the spread of invasive species compared to the the role other animals play, but our seeming “holy grail” solution is inherently impotent.

So you might say my first contention is that there is no need to wear rubber soles. But my second is that you should wear felt. The reason is simple: safety. Whenever the question arises with my customers in the fly shop, I always tell them there are pros and cons to each: rubber is great on the trail, and terrible in the water. Felt is great in the water, terrible on the trail. Personally, if I were going to slip somewhere, I’d rather have it be on solid ground than in fast, rushing water. This is coming from someone who nearly drowned while fishing in the Niagara River (while wearing rubber soles).

Of course, many companies claim to have formulated proprietary types of rubber designed specifically to grip well in the water. I’ve tried many of them and none of them gripped any better than my everyday sandals that I wear for wet wading. I once had an expensive pair of Patagonia Rock Grips that were so slippery, I might as well have been wearing ice skates. I nicknamed them “Patagonia Rock Slips”.

Don’t get me wrong, rubber lug soles can be good depending on the bottom (gravel, silt, etc.) but on slick rock (especially algae-covered rock) they’re useless. In my experience, felt is the only material that seems to grip well on every bottom type and so I believe it’s the safest choice.

Of course, it really comes down to the type of substrate in the streams you normally haunt. If you only fish in streams with a gravel bottom, then you could probably do fine with a rubber lug sole. But I fish a wide variety of stream types (and some streams whose substrate changes every 20 yards), so I need something that grips universally, and for this reason, and the reasons above, I will remain an unapologetic felt-wearer. Or, as I like to call it, a “felteer”.

Felt is good. Change my mind. 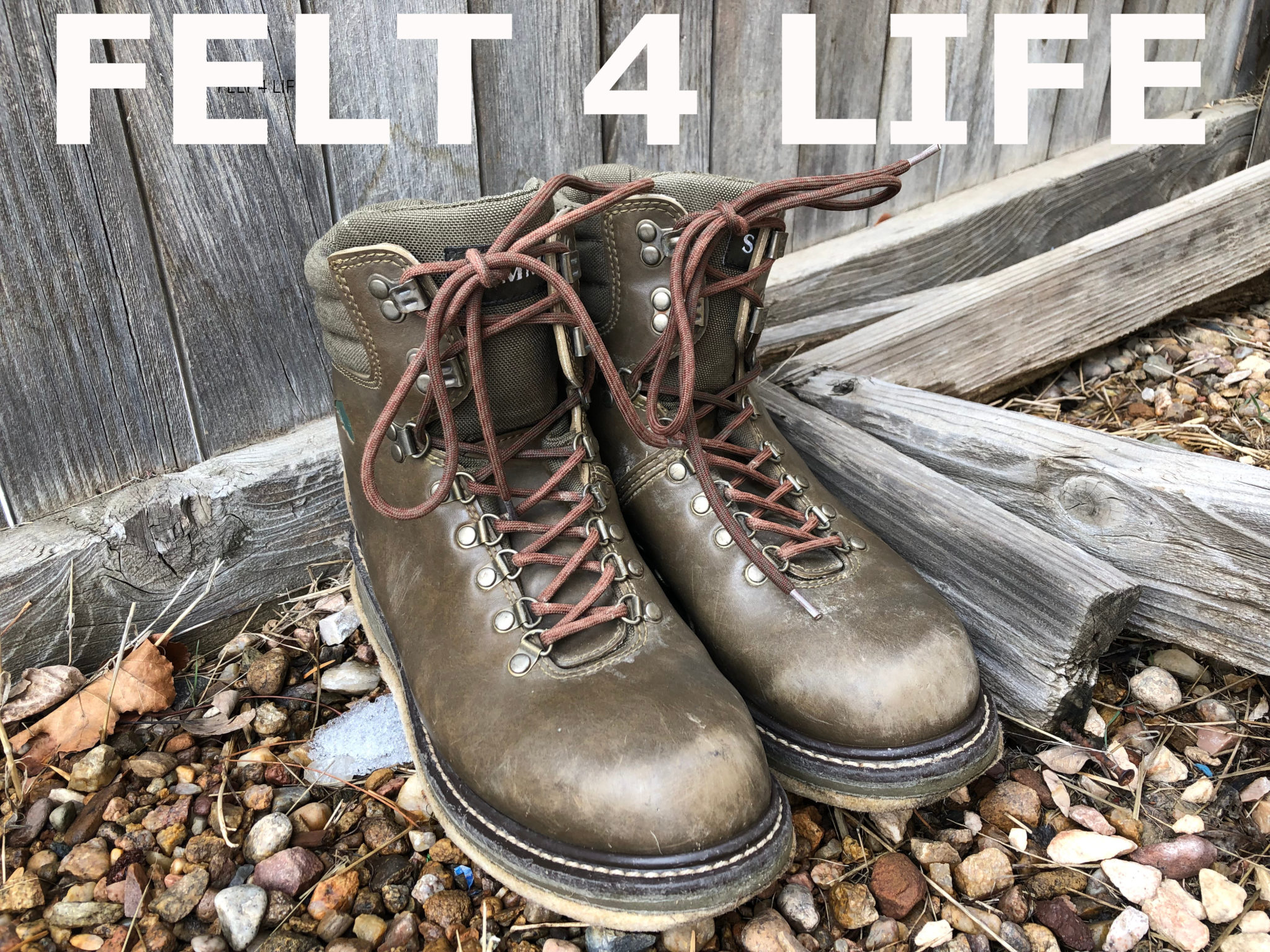