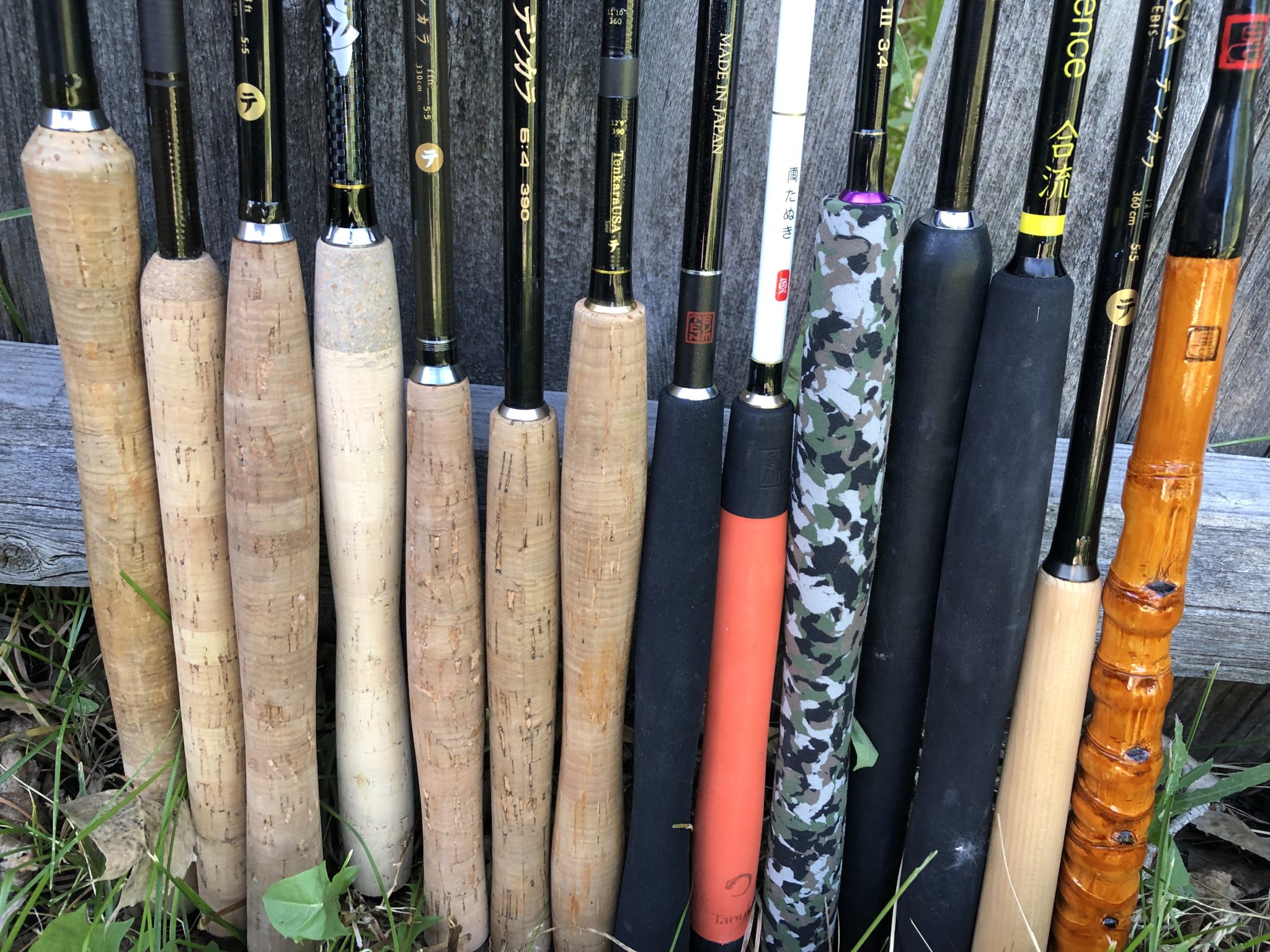 I remember back in maybe 2011 or 2012, there was a quite lengthy debate online regarding tenkara rod handles. It started when people began using fixed-line rods such as Keiryu and Seiryu rods for tenkara. Many of those rods didn’t have what would be considered a “grip” (the handle of the rod was just the flared butt end of the blank with no covering such as cork). At the time, some suggested that one of the characteristics that defines a “true tenkara rod” (other than being designed specifically to cast a line rather than weight) was having a cork grip. It would make sense that this decree would sit comfortably with fly anglers–cork grips are ingrained in the very notion of what a fly rod is supposed to be. After all, a cork grip is probably part of what we picture when we think of a fly rod. It’d been ingrained. Some remained committed to cork, while others didn’t care and continued to fish their “non-tenkara” rods–even touting the lack of grip as an advantage. Then later, another discussion arose when rods that were designed to be used specifically for tenkara but had foam handles started becoming more prominent. Some rejected foam outright, others tolerated it. And still others actually preferred it. At any rate, today there seems to be much more of a general tolerance for rod grip materials other than cork within the western tenkara community. Below are my thoughts on the differences between the most common as well as some remarks on more eccentric materials. 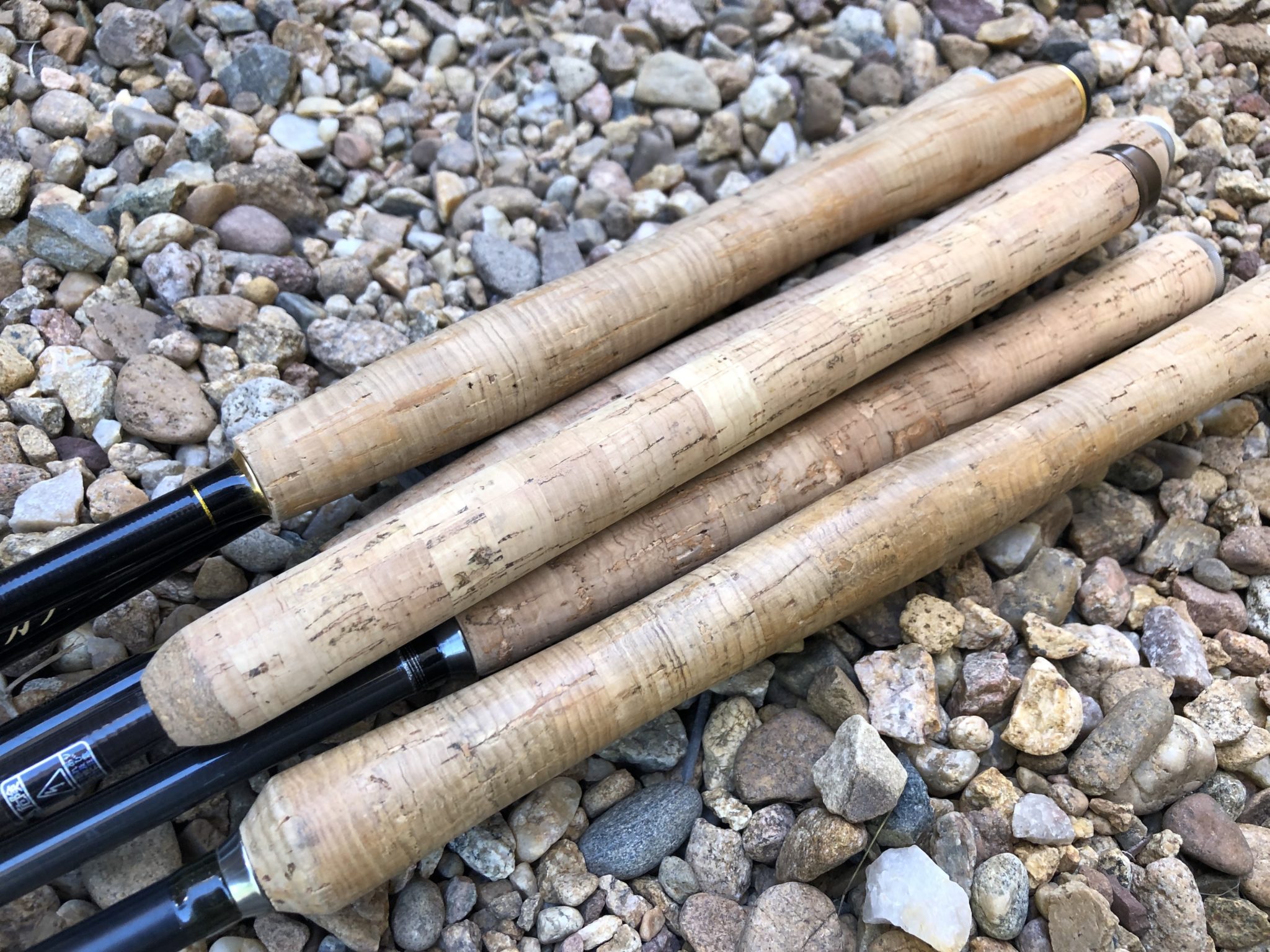 Coming from a fly fishing background of over three decades, I’ve been indoctrinated into the cult of cork. Every western fly rod I’ve ever owned has been cork and whenever I kicked the tires on a new rod, one of the scrutinies I’d subject it to was always the quality of the cork. Was it well sanded? No gaps between the rings? Minimal filler? In fact, back in my fly fishing heyday circles, any fly rod that had a foam grip was automatically dismissed as “cheap” and not worth taking seriously. For several reasons, cork had been the preferred material for well over a hundred years, but like any material, it also has its downsides. 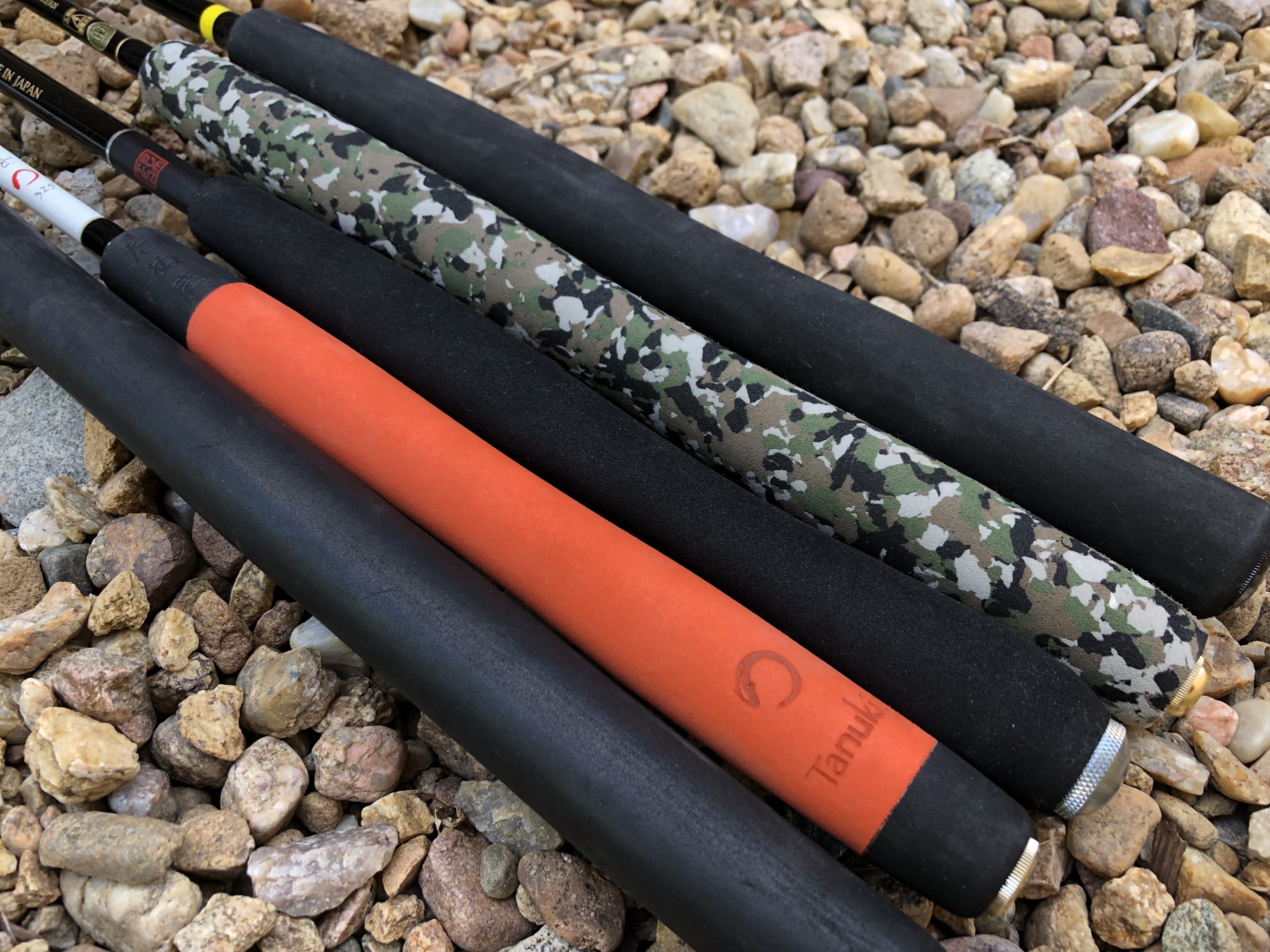 Even though Japanese rod companies such as Shimano and Daiwa had been using foam grips for a long time, early on, American rod companies like Tenkara USA were strictly using cork. But today, many cottage industry American companies are increasingly turning to foam, including Three Rivers Tenkara, Discover Tenkara, Tenkara Bum, and Tenkara Tanuki. Even Tenkara USA now offers a rod with a foam grip. I believe this shift came when the western tenkara community took a hint from Japan and eventually relented its initial disdain for foam. Whatever the reason, foam is now part of the western tenkara rod landscape, for better or for worse. 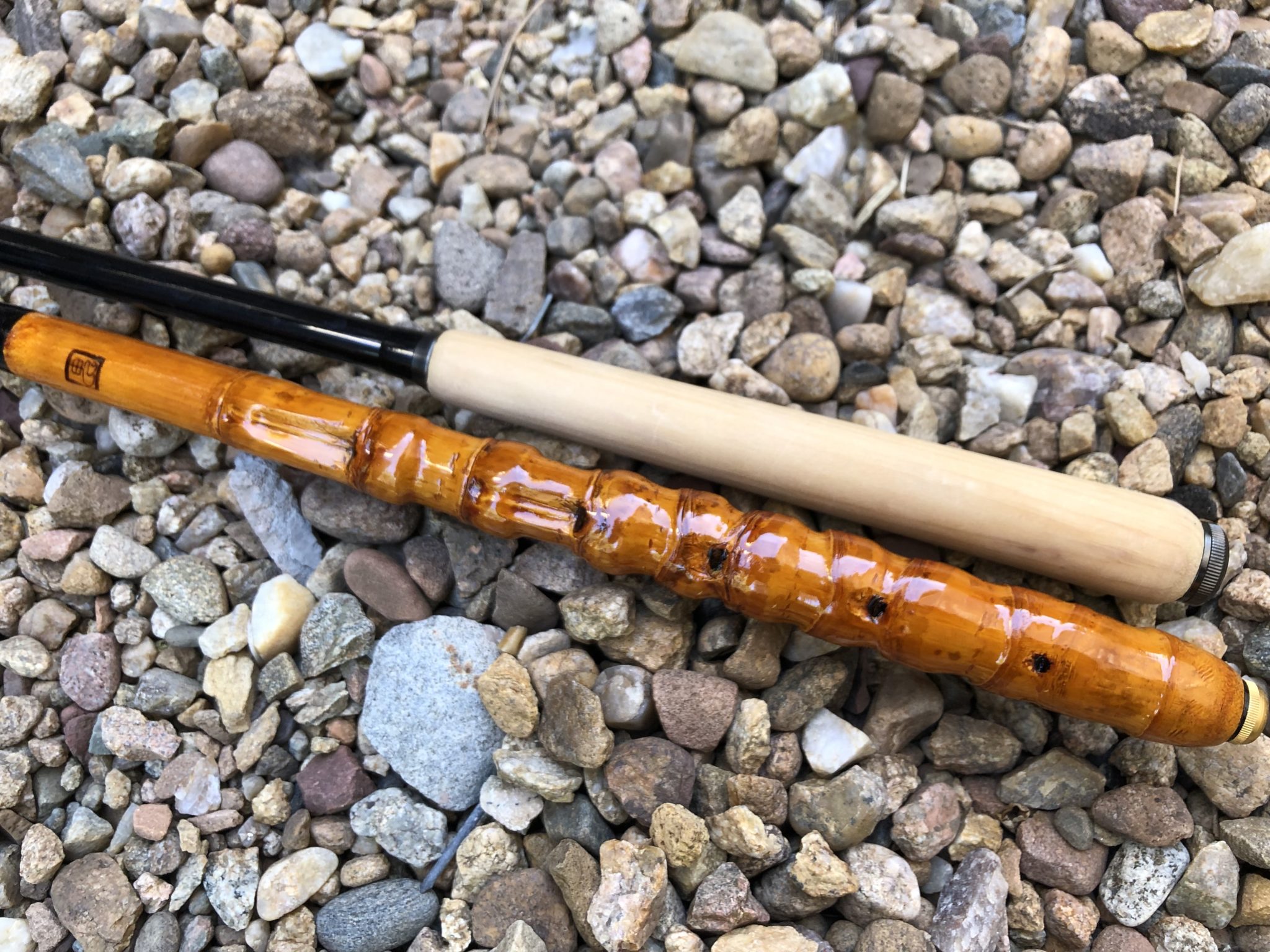 While wood was a common material for rod handles pre-nineteenth century, it’s rare today. Some Japanese companies like Sakura make them and years ago, Tenkara USA made their now discontinued Ebisu (pictured top above) which had somewhat of a cult following. Now, very few makers are offering wood-handled rods. One of my favorites is the Oni Type I with a bamboo handle (pictured bottom above). While bamboo technically isn’t wood, I put it in this category because it has the same feel and shares many of the same properties of wood. Whereas some people are ambivalent between cork and foam, wood might force people to take a firmer stance because of its more radical pros and cons so it certainly isn’t for everyone …

While the three above are the most common materials for tenkara rod handles, they’re not the only ones. There are some fringe materials being used by innovative companies like Riverworks Rod Company that are employing more esoteric synthetic materials (similar to Winn Grips) in their rods. And many DIYers have been experimenting with all manner of unconventional materials for grips: wrapped rattan, wrapped jute cord, cork wrap, and more. My friend Dennis is also doing some creative custom-turned wood grips in his workshop. I’ve often thought of experimenting with conventional rubberized rod wrap over my existing handles so I could customize the contours of the grips, but haven’t gotten around to it yet. While I’m fairly happy with most of the handles on my rods, every design can be improved somehow. And who knows? Someday, a new “magic” material might be discovered that will be the holy grail of grips with all of the pros and none of the cons. 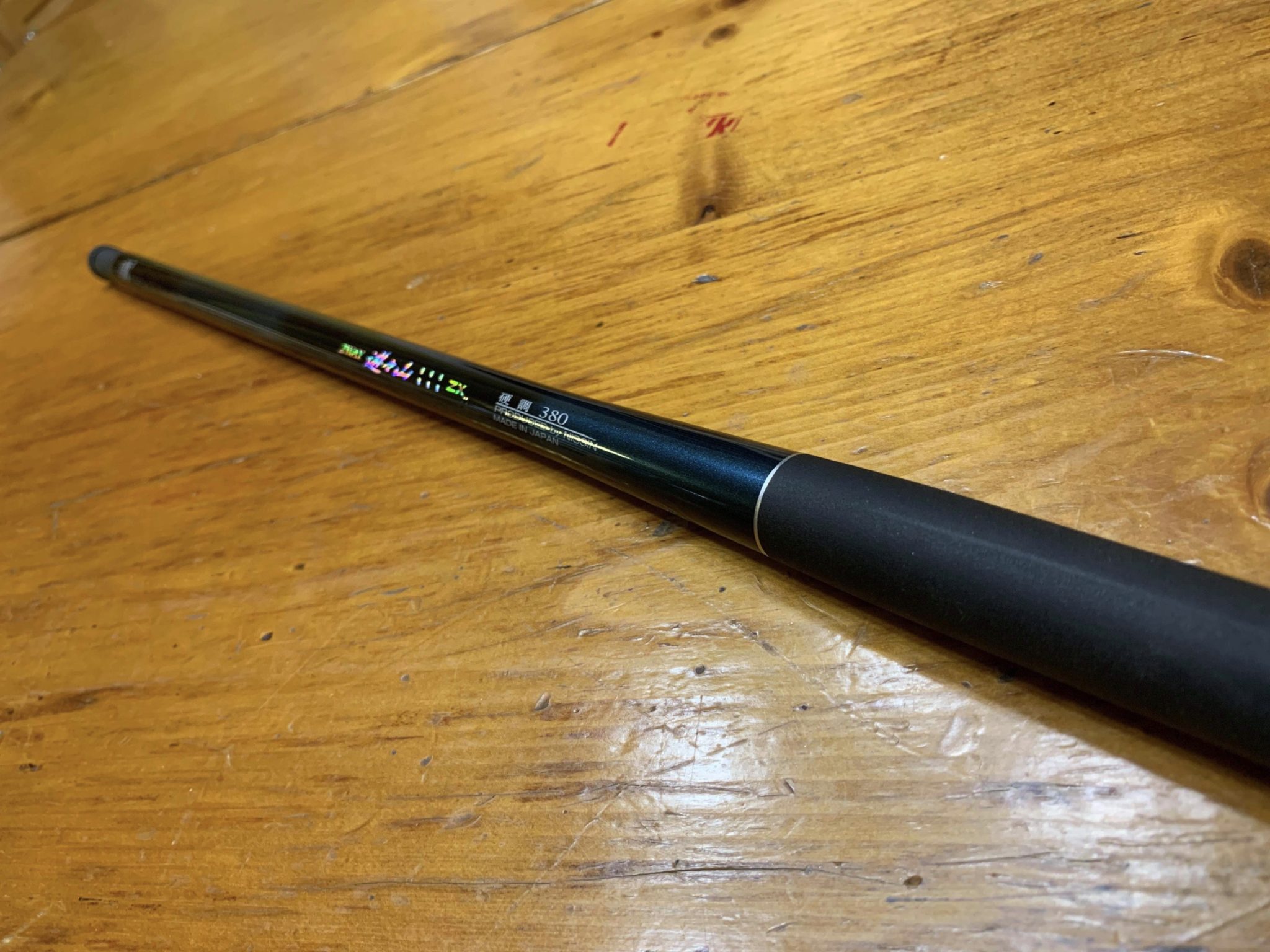 Early on, I mentioned that debate about using gripless fixed-line rods for tenkara. For some, this is still polarizing. I have to admit that the only gripless rod I’ve fished is the Daiwa Soyokaze and to be honest, I liked it more than I thought I would. Putting its soulless, utilitarian aesthetic aside, the ergonomics of the handle were actually quite good: very comfortable, sensitive, and surprisingly non-slip. Still, I remain faithful to cork.

Does it really matter?

We spend a lot of time discussing rod action, but the grip is our most direct and intimate connection to the rod so I believe it’s worth thinking about and I wish manufacturers would offer rods with a choice of grip material to match individual preference. In fact, some already do like DRAGONtail Tenkara. As the tenkara market grows and catches up to the choice-based demand already ubiquitous in so many other industries, I hope to see this trend spread. While right now it might be somewhat of a headache for makers in terms of design and inventory, technology always makes such things easier. And ultimately, it will be to the benefit of us, the tenkara anglers. 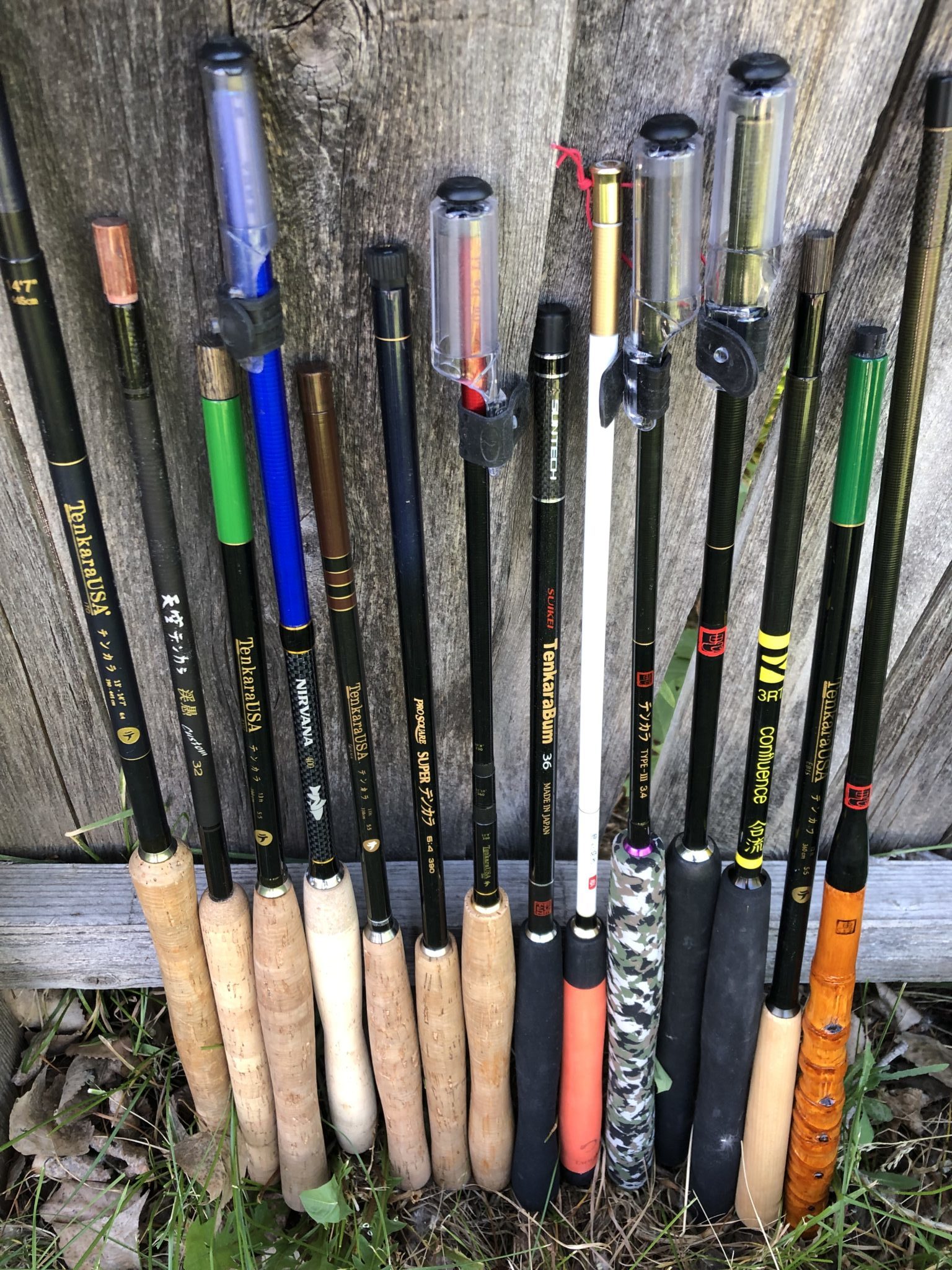 Which grip are YOU? Cork? Foam? Wood? Other?