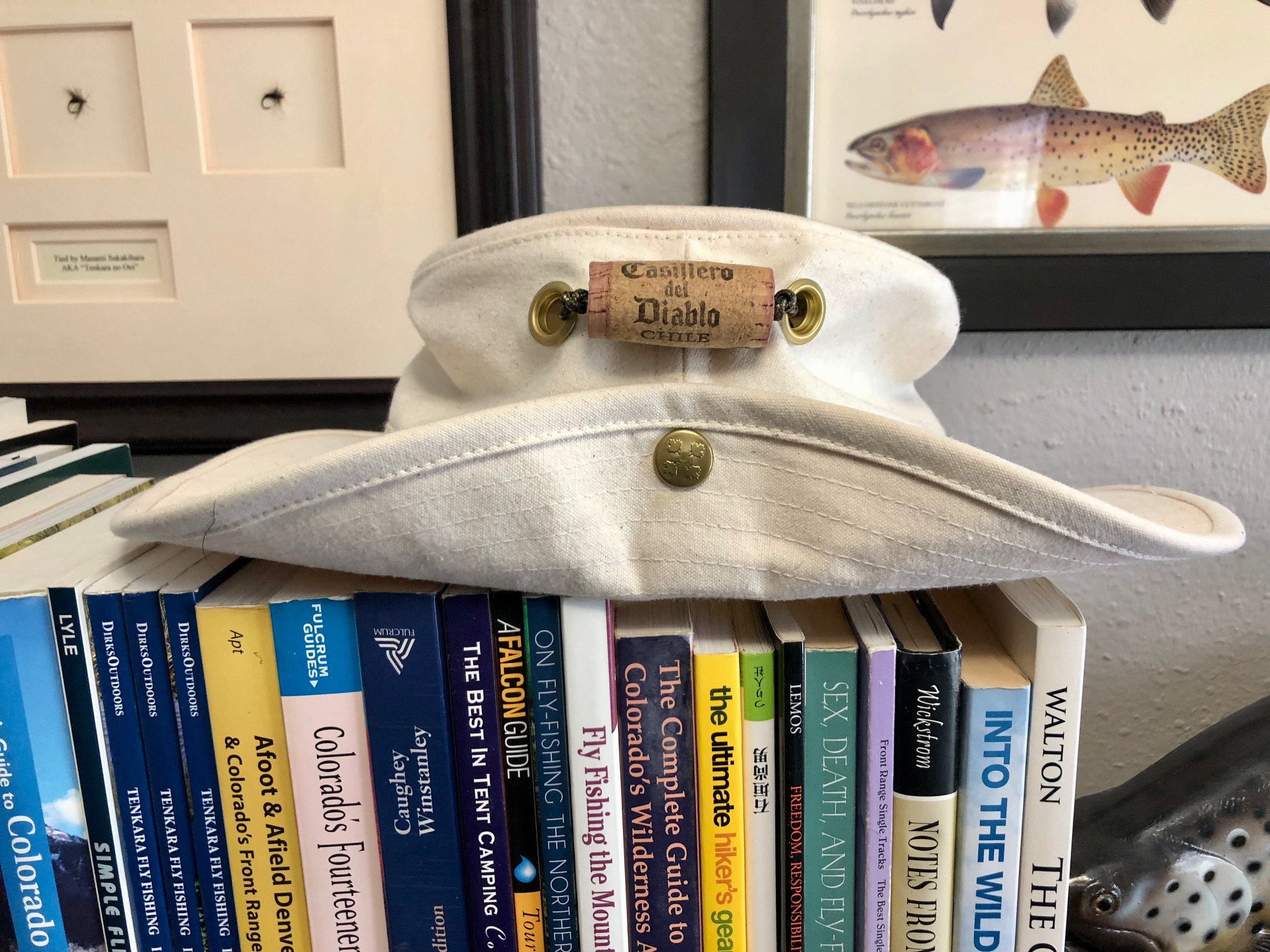 Using a patch to dry your flies while fishing is a good practice for at least two reasons. The first is that you never want to put a wet fly back into your fly box (that is, unless you want to start a rusty hook collection).

The second is that if your fly uses CDC, it’s probably good for only one fish before it gets waterlogged and covered in fish slime. It needs to be properly dried out before using it again. Using a patch, you can simply alternate your CDC patterns to get the best floatation.

I wrote an article on how to make your own fly drying patch with slotted foam. It works great, but I wanted something different–something for my Tilley hat.

Why my hat? Because the top of my hat gets the most direct sunlight. Plus, I’m less likely to knock some flies off than if I had it pinned to my chest pack.

Somehow, the plastic and foam just didn’t seem to jive with my Classic Tilley T3, so I came up with this idea that I think better fits with my hat’s aesthetics.

I took a wine cork and drilled a hole lengthwise through which I threaded some paracord. 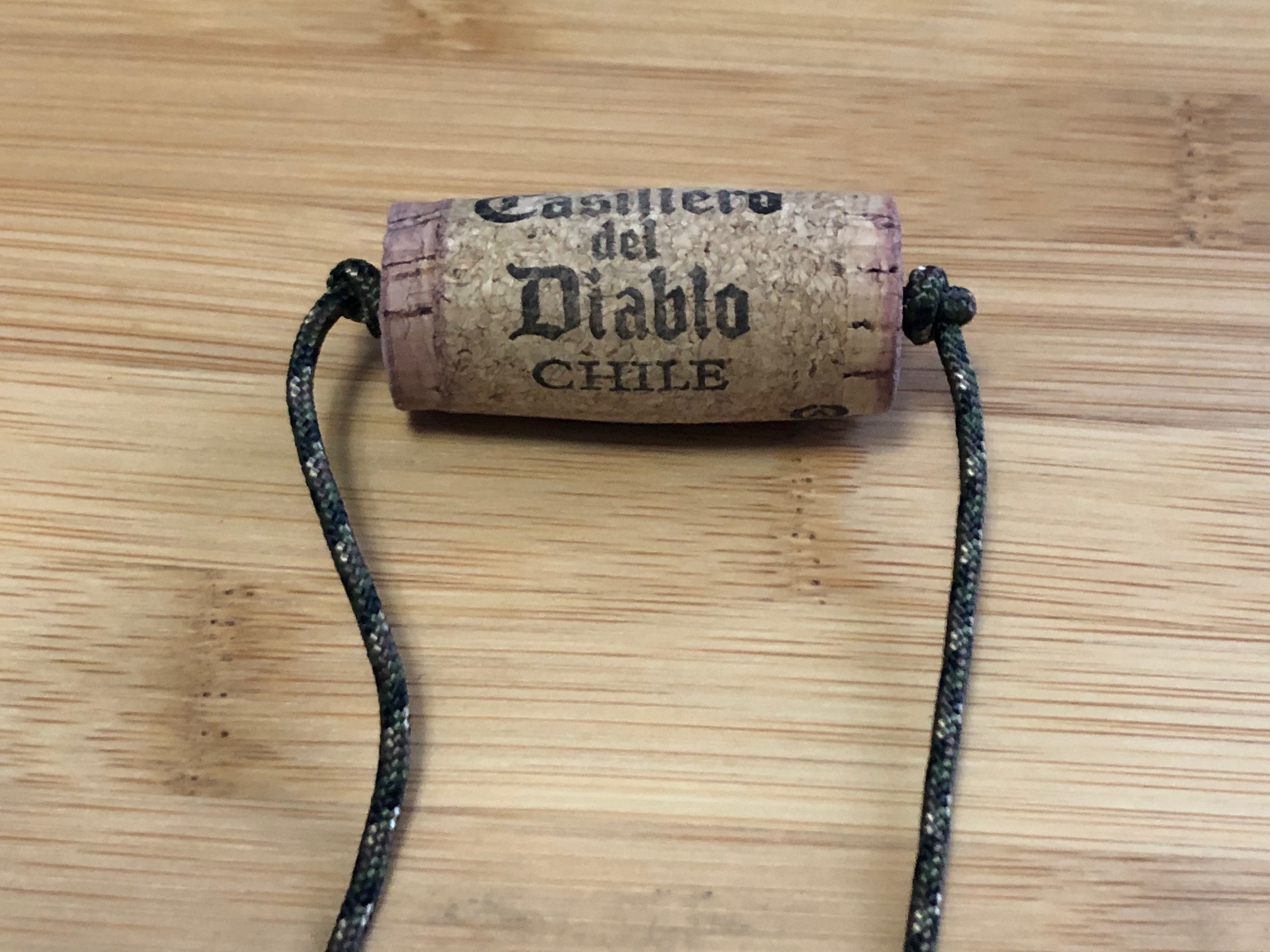 Then I take the paracord and thread it through the ventilation grommets on the outside of the hat and tie a bow knot on the inside. 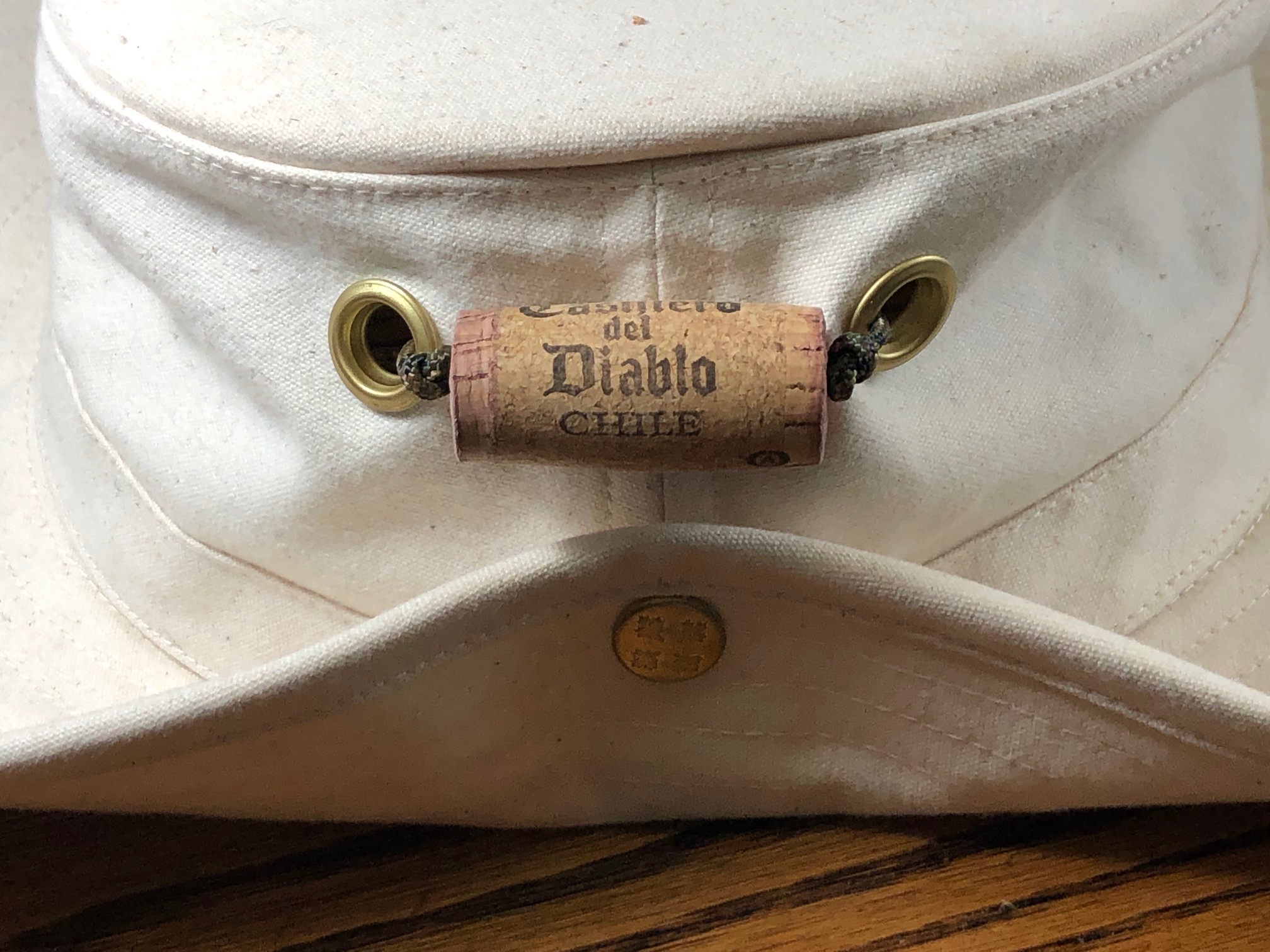 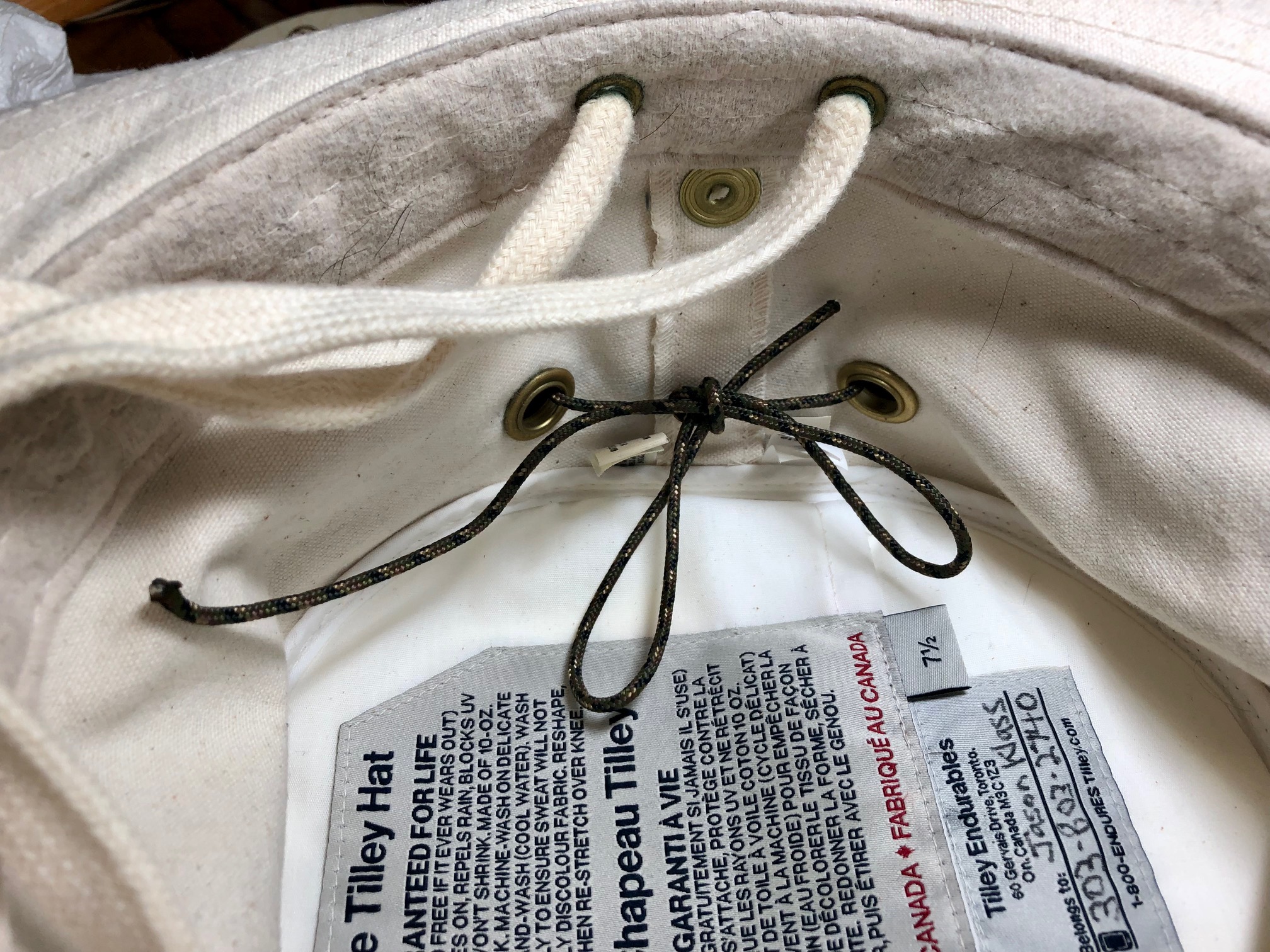 And that’s it! When it’s not on my hat, I can also attach it to other gear or hang by the fireplace in the cabin to dry if the flies aren’t quite ready to go back in my box.

Now I have a practical fly patch that is easy to attach or remove, and fits right in with the charm of my Tilley (though people will probably sneer at my choice of wine). 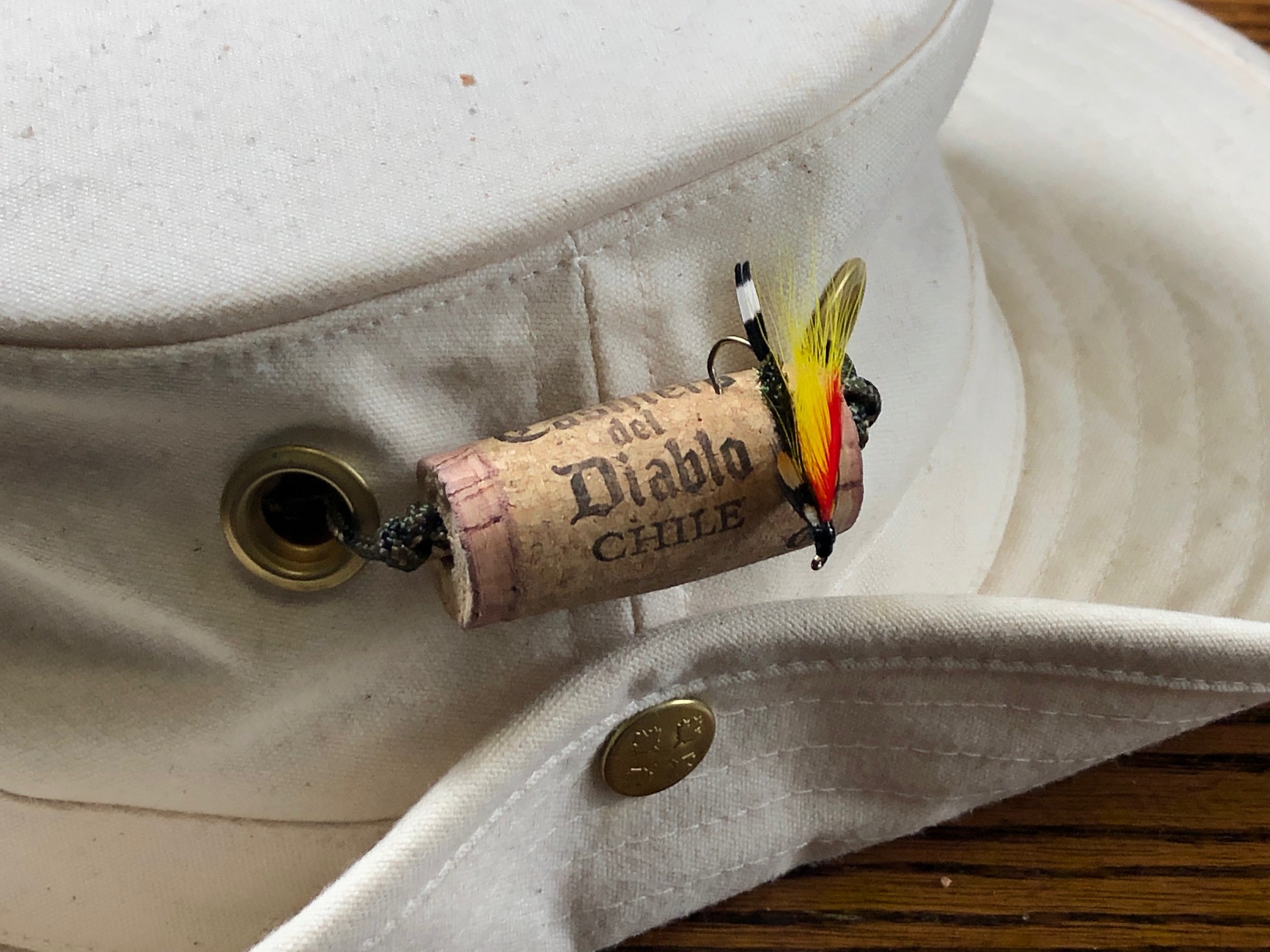 A Handy DIY Gadget for the Tying Desk AND Afield
January 23, 2023