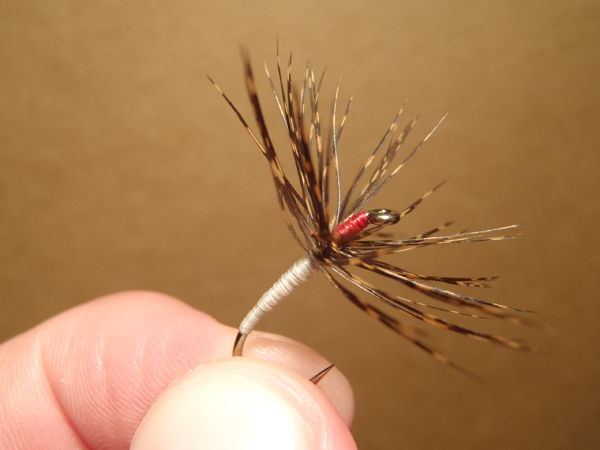 Maybe “giant” is a relative term for a size #8 sakasa kebari.  After all, in Japan they regularly fish flies that large (or larger).  But for me, a #8 is huge.  You see, I got some grouse feathers from Tenkara Bum that were too large for the #12 and #10 sakasa kebari I normally tie, so, I decided to tie a few larger flies including this Amano inspired fly.  I also tied some darker patterns and will try them out on the water tomorrow.  I’ll be interested to see how these larger flies work as attractors in a smaller stream.  Hey, I just noticed…that fly is in TenkaraTalk colors!