Tenkara in The Fly Fish Journal 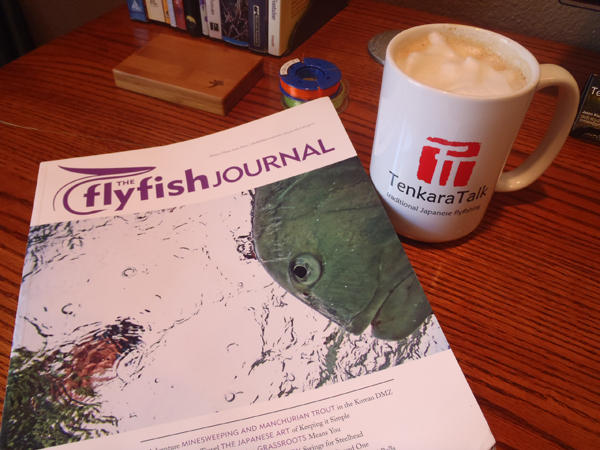 I just finished reading the article “Japanese Dreams” by Daniel Galhardo of TenkaraUSA in Vol. 3, Issue 3 of The Fly Fish Journal.  As someone who tries to consume every piece of information on tenkara I can get my hands on, I was prepared for another “more of the same” article that just rehashed things I had read a hundred times before.  However, I was pleasantly surprised. 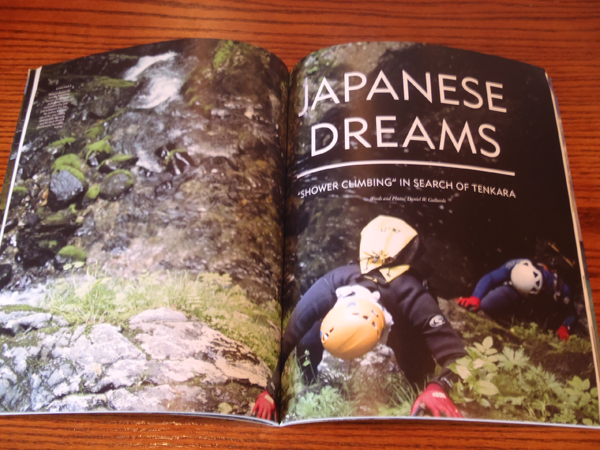 While there certainly was some basic information I already knew peppered throughout the article (obligatory for a general audience), there were a lot of details about the history of the sport that I didn’t know that would make it an interesting read even for veteran tenkara anglers.  But more than that, the quality of the writing was superb.  Galhardo’s syntax and metaphors kept the flow of the article going as he detailed his adventures in Japan of meeting masters and climbing waterfalls to reach the remote habitats of Japanese char.  All of this is accompanied by inspiring pictures of lush mountain streams than make you want to book the next to Tokyo. 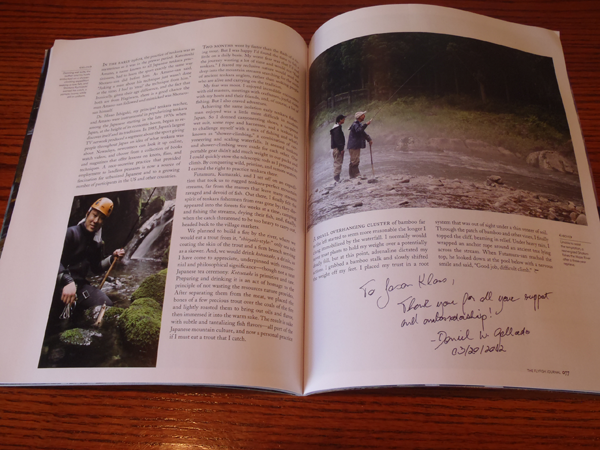 Someone in the forums once commented that there isn’t much to learn about tenkara beyond the discovery phase.  After reading this article, it reminded me just how wrong that statement is.  Tenkara is full of history and mystery.  There is still so much to learn, so much to talk about, and so many ways to experience it.  As Chris Stewart once told me, “this is the end of the beginning”.

If you’re interested in reading this article, copies are available for sale here.