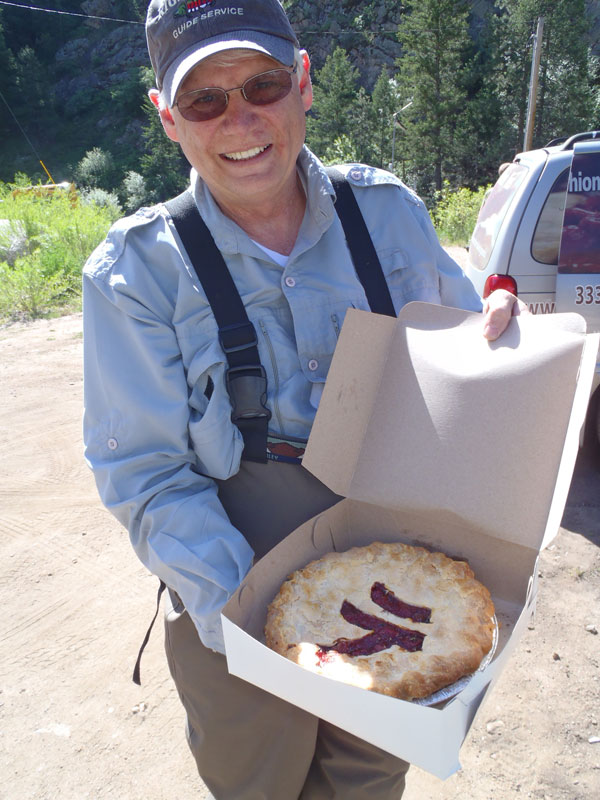 I met up with a bunch of fellow tenkara anglers on Boulder creek this weekend and what would you know but Larry Green from Granny Scott Pies showed up with a pie sporting the Tenkara USA logo.  It’s just one more example of how cool, creative, and fun tenkara anglers are.  Thanks for sharing Larry!