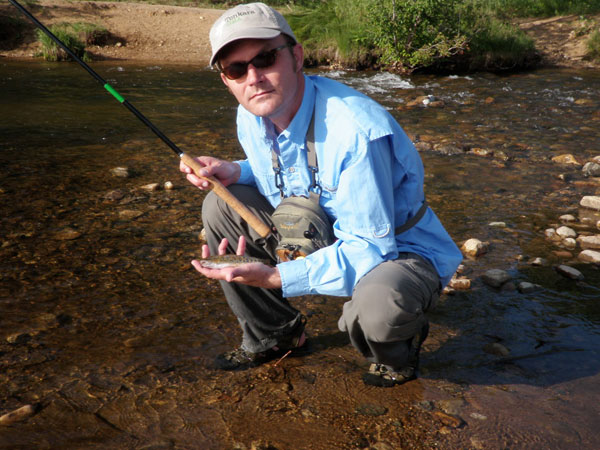 Last weekend, Karel from Tenkara on the Fly and I headed out to Barker Reservoir in Nederland, CO.  He heard that there might be grayling near the inlet so we thought we’d give it a shot.  Our last attempt at getting grayling new Joe Wright Reservoir was somewhat of a disaster.  But this time, we knew that there were plenty of other fishing opportunities nearby if the grayling didn’t cooperate.  And in accordance with our apparent grayling curse, they didn’t.  Luckily, there were plenty of browns, rainbows, and brookies to save the day… 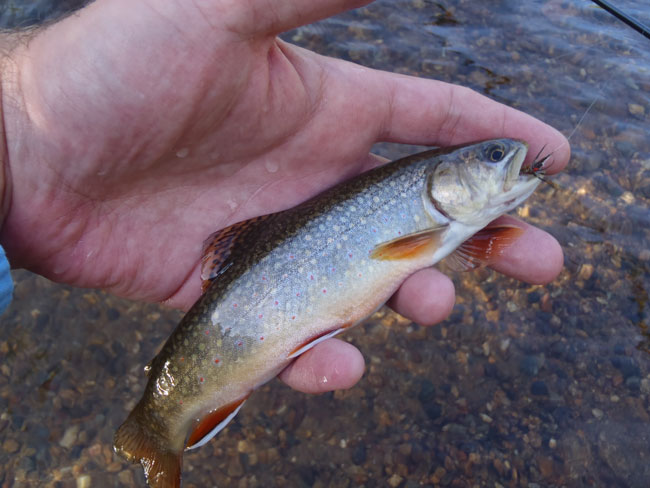 We started fishing near the inlet at Barker Reservoir and while we didn’t catch any grayling, the fishing was great.  I used my Tenkara USA 13′ Ayu with a 20′ level line.  It was my first time fishing with such a long line but it proved to be the right choice for fishing the inlet. 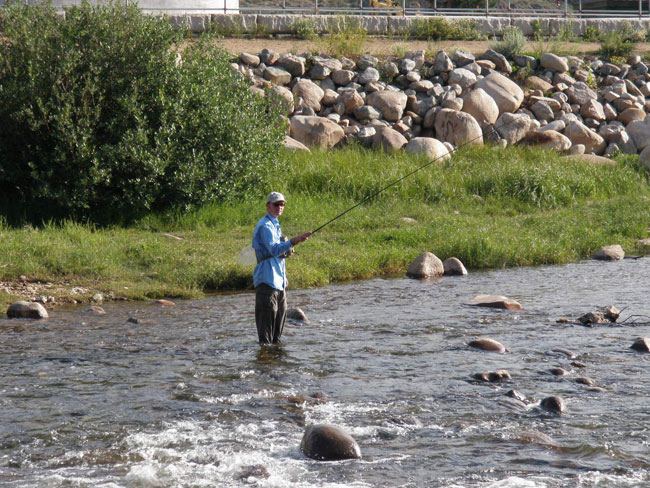 After catching a good number of fish, we decided to head downstream and check out a few more spots.  While the water is tighter downstream, I only found a couple of places where I considered the 20′ line a little too long.  But I was able to fish it all day and really like the way the extra line loads the rod so easily with minimal effort. 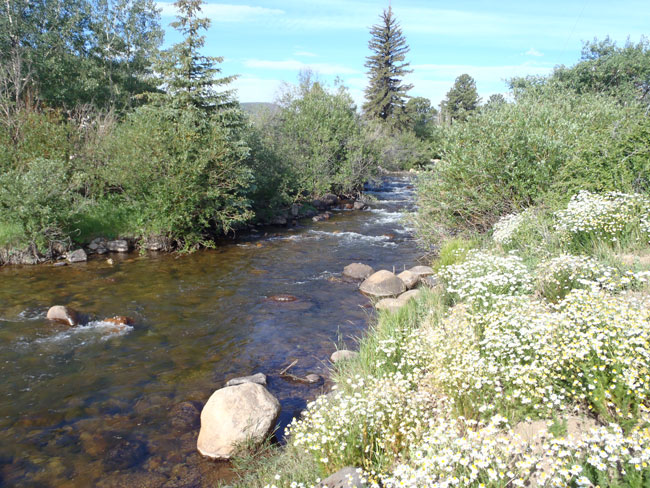 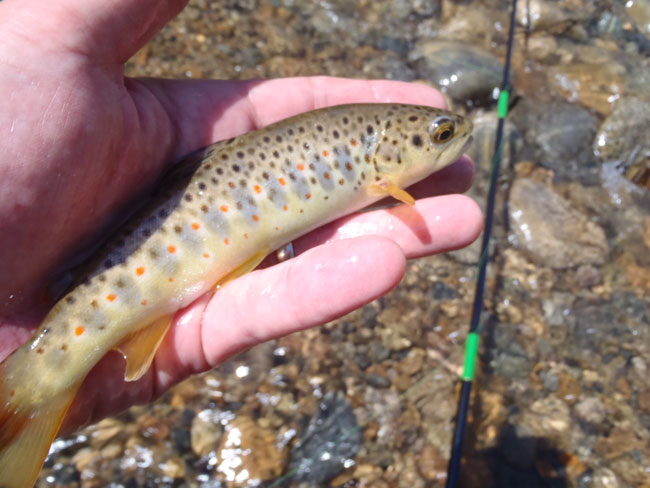 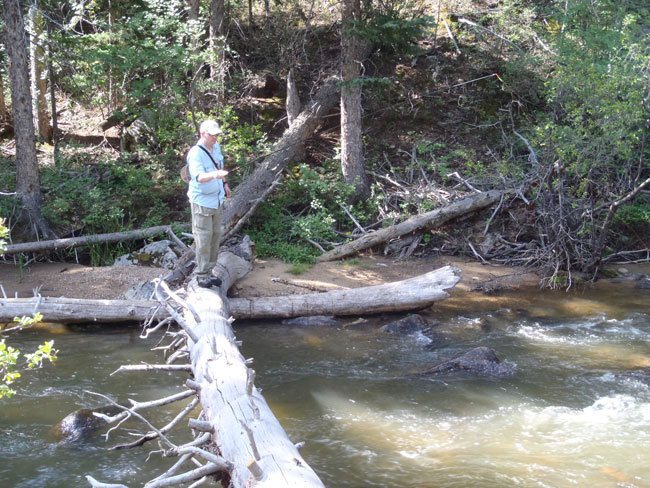 Also got to check our some of Karel’s flies.  Here’s a purple sakasa kebari: 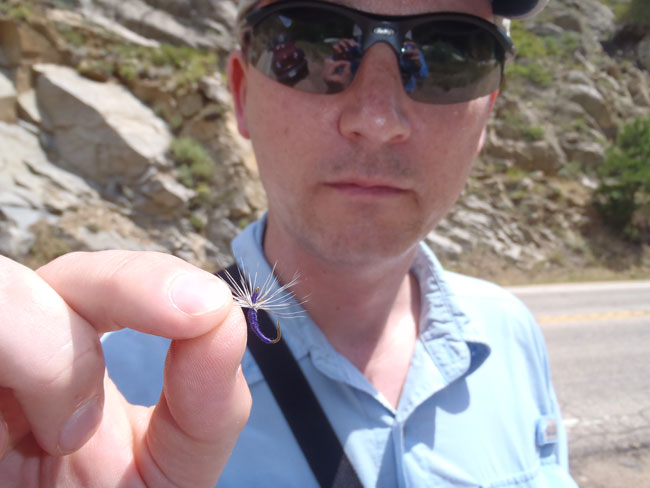 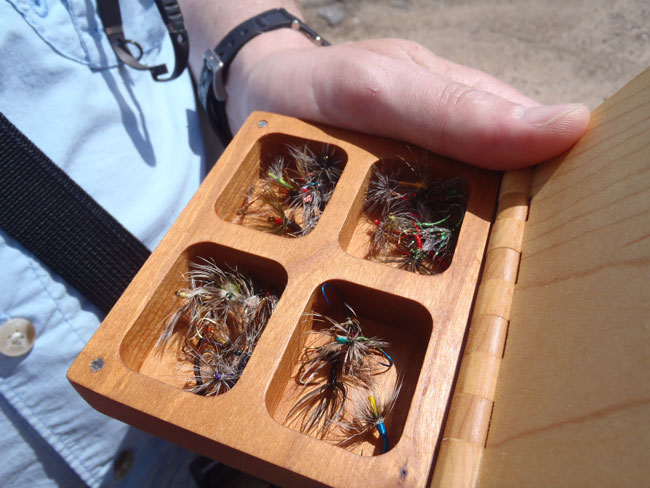 I’ve been trying to get some underwater shots ala Kevin Fricke of Tenkara Rising but have been failing miserably.  Believe it or not, this is probably the best one I’ve taken to date: 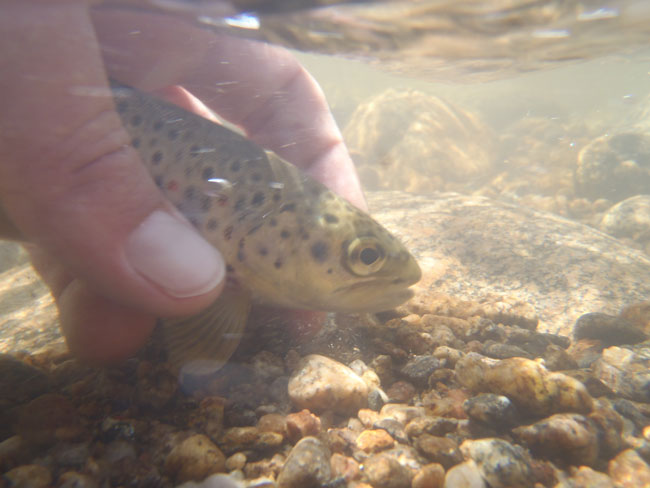 It was a great day with lots of fish all caught on traditional sakasa kebari.  No fishing this weekend though.  I need to start getting ready for the summit.  Hope to see a lot of you there!