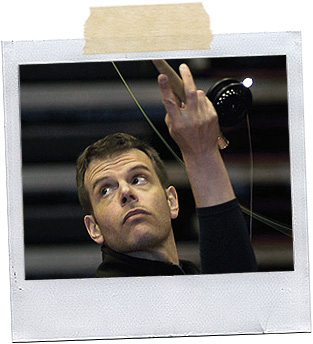 At this year’s Denver Fly Fishing Show, I caught up with Gary Borger after one of his presentations.  I asked him if he had tried tenkara.  He hadn’t, but told me that his son, Jason, had done quite a bit of tenkara.  So, I took Gary over to the Tenkara USA booth, let him wiggle a rod, and offered to send him one to try out.  I’m happy to report that he now has it in his hands and will likely review it this spring.  But I was curious about Jason Borger’s perspective on tenkara.

Jason needs no introduction.  In addition to being an expert angler in his own right, he is also a master rod builder, author, and accomplished artist.  You can see examples of his work on his blog, Fish, Flies & Water.  So, what does Jason think of tenkara?  I asked him a few questions to find out…

How did you first hear about tenkara and what did/do you find appealing about it?

I don’t remember the specific moment when I first started to look into tenkara, but it was when I was digging around for some additional information about various forms of dapping and fixed-line fishing. I probably fell in love with the fly designs first (the sakasa kebari being first and foremost). 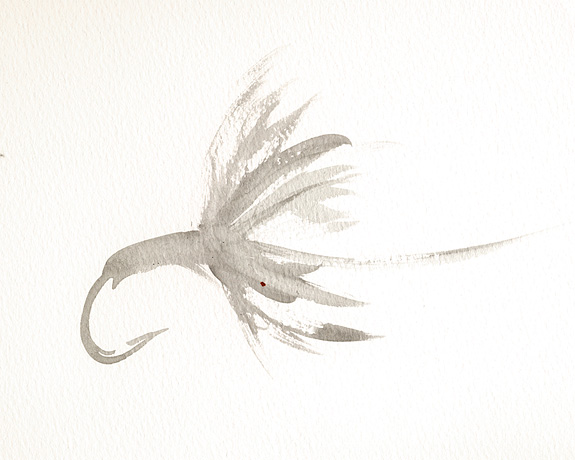 One of Jason’s little ink-wash images of a sakasa kebari. The dot of red is nod to the fly’s origins.

How often do you tenkara fish?

I take a rod with on most trips where I know I’ll find small streams. There are streams in central Oregon that I fish regularly, and I usually have a rod for tenkara with me for those waters.

Before you head out, how do you decide if you’re going to take a tenkara rod or regular fly rod & reel?

Which tenkara rods do you use? Do you have a particular favorite rod or action?

I often use what I make myself, from blems and other parts that I scrounge from a local rod-maker’s bin. This is not telescoping stuff, these are rods made from pieces that ferrule together like a standard fly rod. As such, I suppose my home-made tenkara sticks are somewhat “back-alley” or “second-cousin” in nature, but they work. I guess that I also felt that making my own rod(s) is in the tenkara spirit of things (I tie my own flies, of course, and have an idea for a net that also uses pieces of fly rod blanks). In other cases, though, I may just go ahead and use pre-made gear from friends who are tenkara fans. 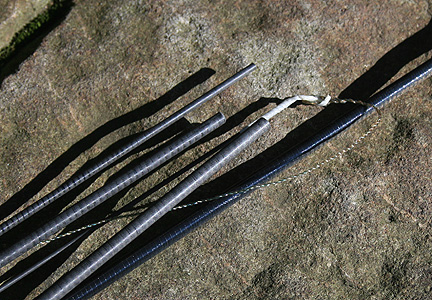 Do you typically use the flies you’d normally use or do you fish traditional tenkara flies such as sakasa kebari?

Both, and sometimes at the same time! I don’t tend to adhere strictly to conventions in my fly and approach choices, and I suppose that with the way I go at things, one could argue that I’m really “fixed-line” fly fishing more than following one “path” of the sport. 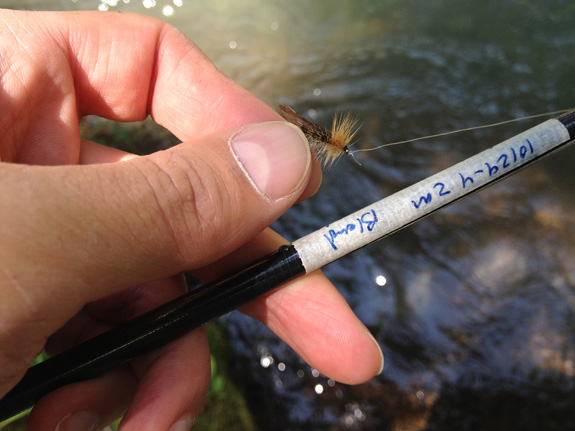 Have you made any modifications to your tenkara gear, your own tenkara line formula, or any other DIY projects?

I do make my rods as discussed above, but use pre-made lines (at least for now). Of course, a pair of scissors can change both a rod (at least my scrap-built stuff) and line pretty quickly, so cutting to tune is DIY in a sense, even if you start from pre-existing gear.

Which presentation techniques do you find most effective with tenkara?

I use everything from dapping to overhead to Spey techniques to get the fly out there. I fish in all directions as necessary, with whatever action is producing. But if I picked one of my more common approaches, it would be a drag-reduced drift followed by controlled action on the dangle. I don’t typically do big swings across a pool, preferring to work an area in a controlled manner with action (swim up, drift back, twitch over-slightly-and-up, drift back, etc.). If using flies with built-in action (like cupped hackles), a pulsing or twitched drift can be a solid choice, too. I find that a long tenkara rod allows fly control that can be quite exceptional in focused, precise areas; don’t waste the ability! 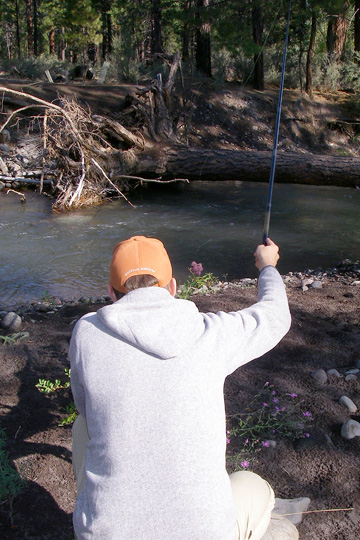 Fishing an Oregon stream with a friend’s Daiwa rod. The control offered by the tenkara gear and light fly really allowed Jason to work this area effectively while staying low and less obvious (and with zero cover that was key). A real tenkara advantage here.

Have you learned anything, or gained any new insights into fishing by using tenkara?

If you’re fishing a fixed line, you have to willing to not only accommodate the set distances you can work with, but you have to be willing to actively adjust your approach to get the best presentations. That last bit is quite important, I think. I often find myself working my position as much as my fly, trying to set up the best possible cast, drift or swing that I can given the gear limits. Not that one shouldn’t also try for good positioning with rod and reel fly fishing, but the fixed line demands that you think continually about your set-ups. By following that, I find that I can sometimes get much more from my tenkara gear than a “standard” fly rod of typical length (and sometimes not).

Some fly shops have been reluctant to carry tenkara rods. Perhaps they see it as a threat to selling higher priced rods & reels or the other add on accessories that aren’t really necessary in tenkara. Others have suggested that tenkara might help invigorate the “dying” fly fishing industry. Where do you see tenkara’s place in the industry moving forward?

I see it as another, revitalized (at least in terms of popularity outside Japan) approach to fly fishing. For me, there is no “one way” of fly fishing, I fly fish with a broad array of gear and tenkara is just part of it. For others, tenkara may border on a lifestyle. Cool, whatever you like.

Tenkara is well beyond simple dapping with a pole and a fly—slack-line casts, mending, and a sense of drift and flow, are all a part of it. It can be a challenge of a new type if one is willing to understand what it takes to fly fish successfully with a fixed line. If I had a shop, I’d be promoting and selling it for sure. And when it comes to “necessary” gear, let me remind you that this is fly fishing, and in fly fishing, gear doesn’t always have that much to do with truly necessary! If you’re anything like me, you have way more gear that you would care to admit, and I see plenty of tenkara goodies that I’d be happy to own “just because.”

As a rod builder, have you ever thought of trying to build your own tenkara rod?

Already got that one covered, at least to a degree. I called my approach to my scrap-built rods “hot-rod tenkara,” but perhaps “dumpster tenkara” would be better!

Sure. I feel that fly fishing is inherently beautiful, even at its extremes. I think that the tenkara approach just validates that, and its seeming simplicity can weave one deeply into the subtle intricacies of fish, flies and water. 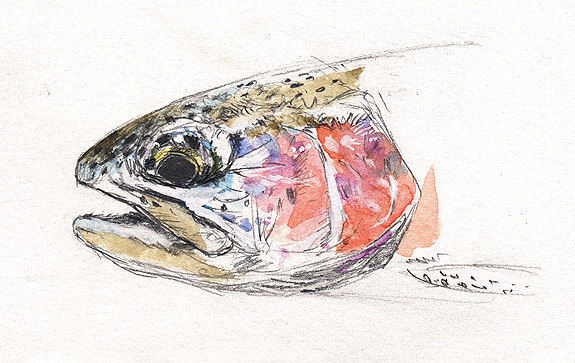 jason borgertenkara
About the author