We started out on the Fall River near the alluvial fan.  I thought that would be a good place to accommodate a big group of people.  Unfortunately, the stream was still pretty iced over and it was so windy, it was difficult to make a decent enough cast to demonstrate even the most basic tenkara presentations.  Still, I pressed on and with numb fingers and a chilled spine, managed to somehow give my presentation to a brave and shivering crowd.  I showed them how to tie all the tenkara knots, rig up, and a do upstream and downstream presentations. 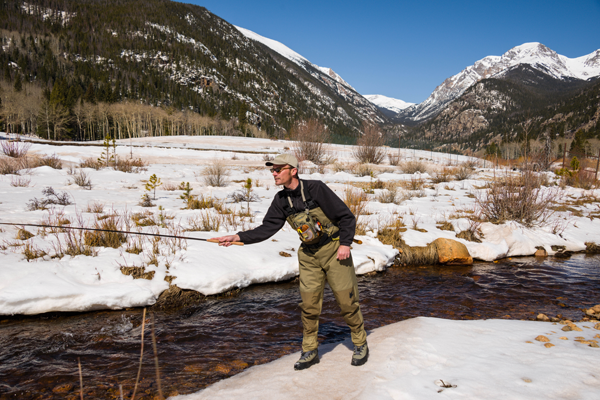 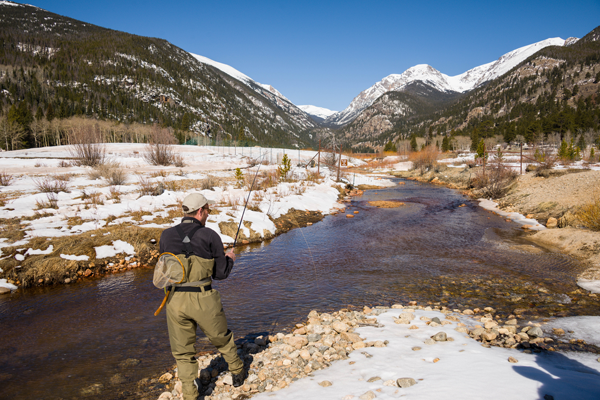 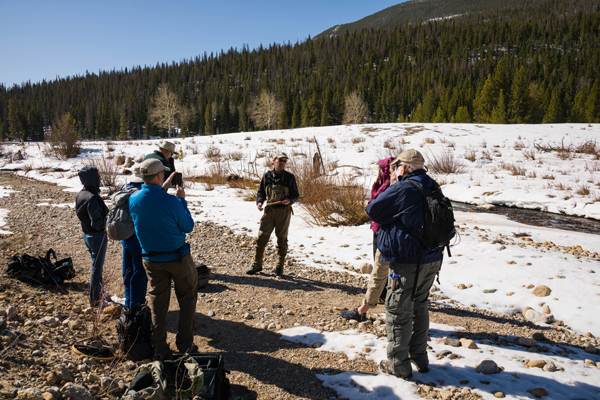 The wind was so bad, we decided to move to lower ground.  We hit the Big Thompson right below the dam since that was about the only place that 9 people could fit and get out of the wind.  As expected, there were tons of other anglers there who had already picked over the water and put the fish down.  But it was still a good opportunity to learn and practice. 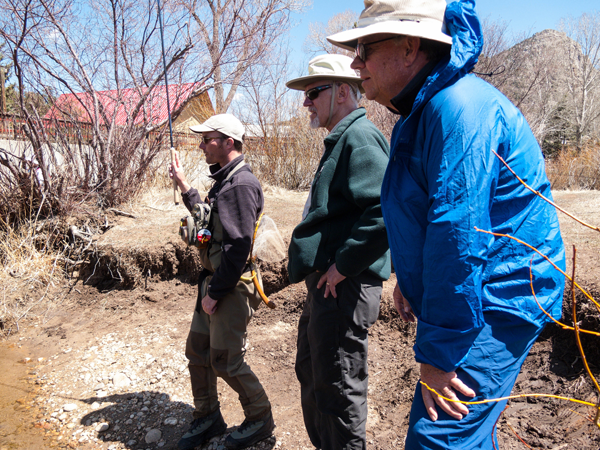 We didn’t catch any fish.  But, to be fair, the conditions were against us–high winds, pressured waters, big group, limited space, and just try managing eight tenkara rods, lines and flies!  It wasn’t easy and I definitely felt like I failed giving people enough one-on-one time.

Perhaps it’s the residual “guide” in me that felt guilty.  I always still feel more of a sense of accomplishment when I help another catch a fish than when I catch one myself.  But maybe that’s not the right measure.  The group had a lot of very intelligent questions and were very enthusiastic about tenkara.  One person who had some experience with tenkara even told me, “you know, I’ve learned more today about tenkara than in all the time I’ve spent searching on the internet.”  So, I guess I’ll take that and call it a successful trip (if even a skunked one).