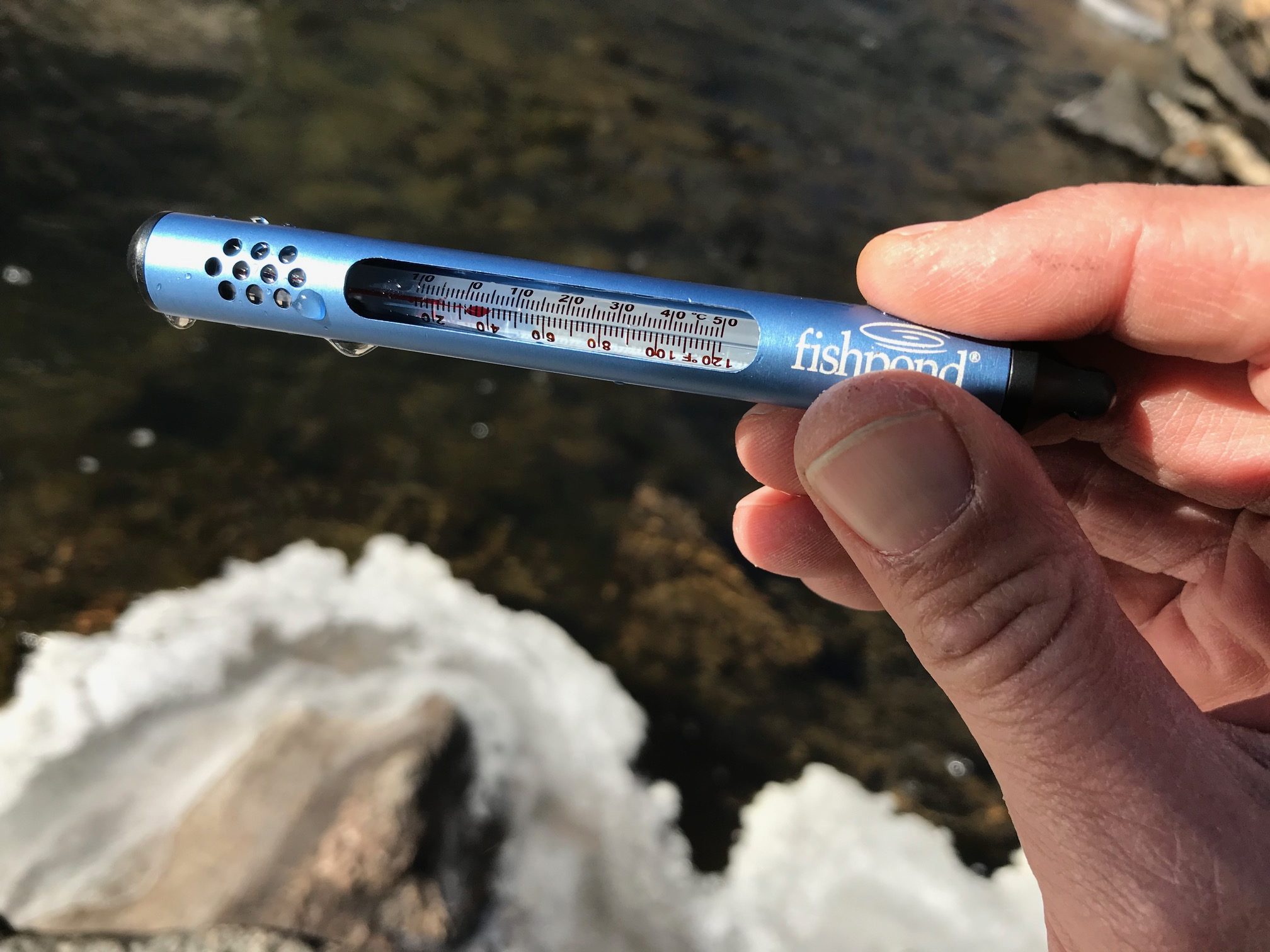 When your fishing partner catches the first fish of the day, the inevitable question is, “what did you catch him on?”  It’s as if the fly were the ultimate “magic” factor in catching the fish. And, in fact, we all kind of place that faith in the fly … don’t we? We automatically place the burden of success on the fly. After all, it makes sense. The fly is the most immediate thing between us and the fish. So why wouldn’t it be the make-it-or-break-it factor? The truth is, there is much more to it than that.

While the fly pattern is a convenient scapegoat there are so many other factors that go into catching a fish we tend to ignore that I felt it worthy of exploring at least one: temperature.

Those of us who “scratch the hatch” might think we can also ignore things like temperature, but the reality is while the pattern might not make much of a difference in many cases, the temperature does. I took an informal survey of how modern anglers approach the water and was somewhat surprised to find out how few considered water temperature and how few even owned (let alone carried) a thermometer.

As we know, trout are cold-blooded animals. Their activity and diet are affected by temperature just as ours is. You probably don’t want to eat a large, heavy meal on a sweltering summer day anymore than you’d want to eat a dainty salad on a cold winter day. Please don’t misread that analogy–I’m not saying that trout only want to eat large meals when it’s cold and small fare when it’s warm–only that, like us, temperature affects the appetites and behavior of trout.

Every animal on earth has a temperature range that’s optimal–even if they can tolerate temperatures outside of it. And it’s within this range that the angler hopes to find trout–when their metabolism and appetite are most favorable for being tempted. First, let’s look at a few numbers and then briefly interpret what they might mean to the angler.

That’s a general rule-of-thumb that’s guided me more for freestone streams whose temperatures fluctuate as opposed to tailwaters or spring creeks (which tend to have more consistent temperatures). More precise figures could be further broken down into optimal temperatures by types of trout and char:

So, what does knowing the temperature tell you?

There are many good thermometers available today including some high tech digital and even infrared models. Years ago, I got a free one as a promotional item from Angler’s Sport Group. It’s a flat “card” thermometer that gives a fast reading and takes up zero space in my chest pack. I’ve lived in constant fear of losing it because I’ve looked all over to find another one and can’t find one like it anywhere. So when it finally floats away one day, that’s it. 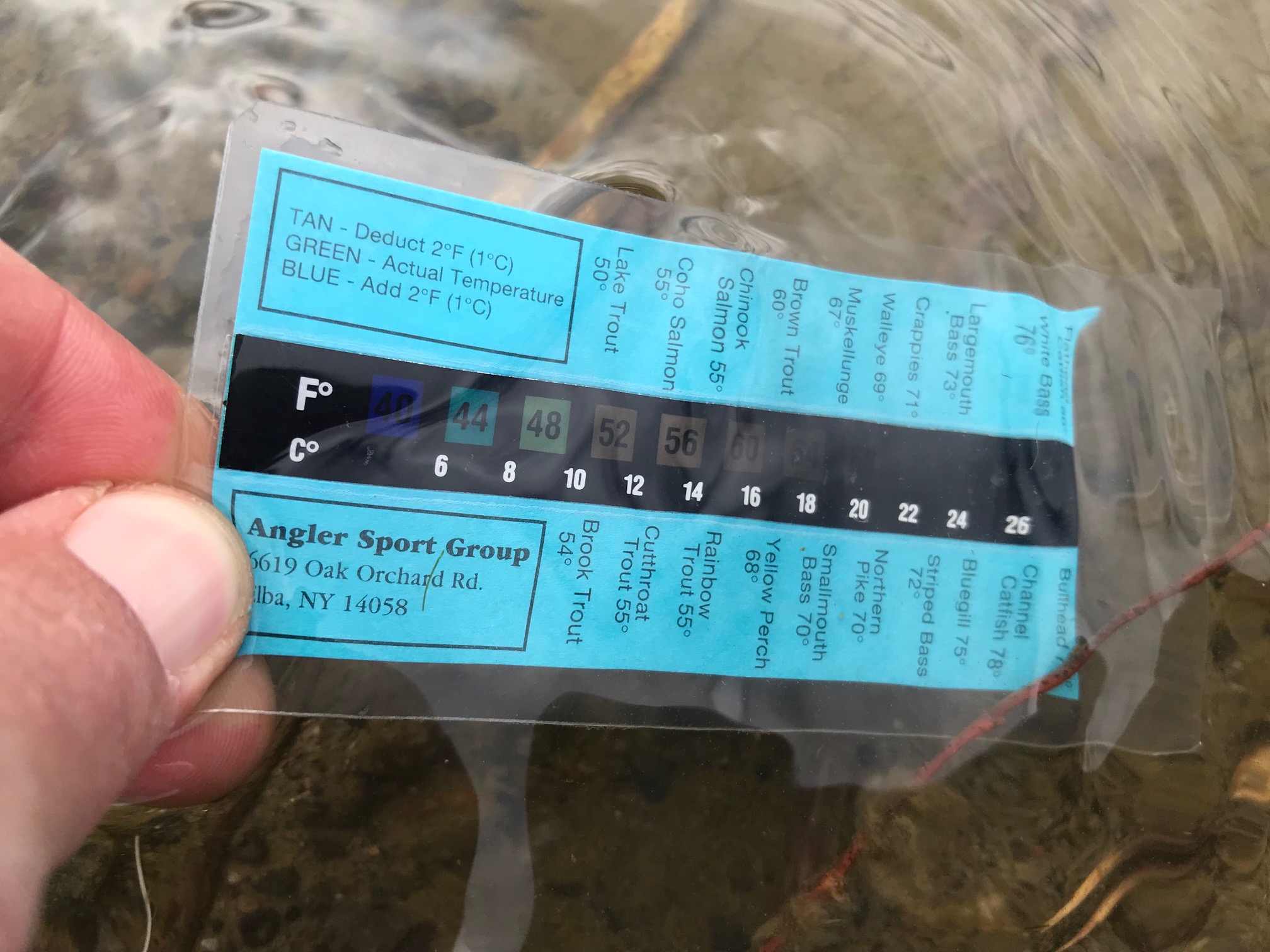 But today, I use a Fishpond Swift Current Thermometer. It’s a slow read (you have to leave it in the water for a couple of minutes), but it’s light, accurate, durable, and replaceable if I ever lose it. I’ve tied a length of paracord to it so I can drop it into hard-to-reach places such as off of bridges, beaver dams, and over ice shelves. 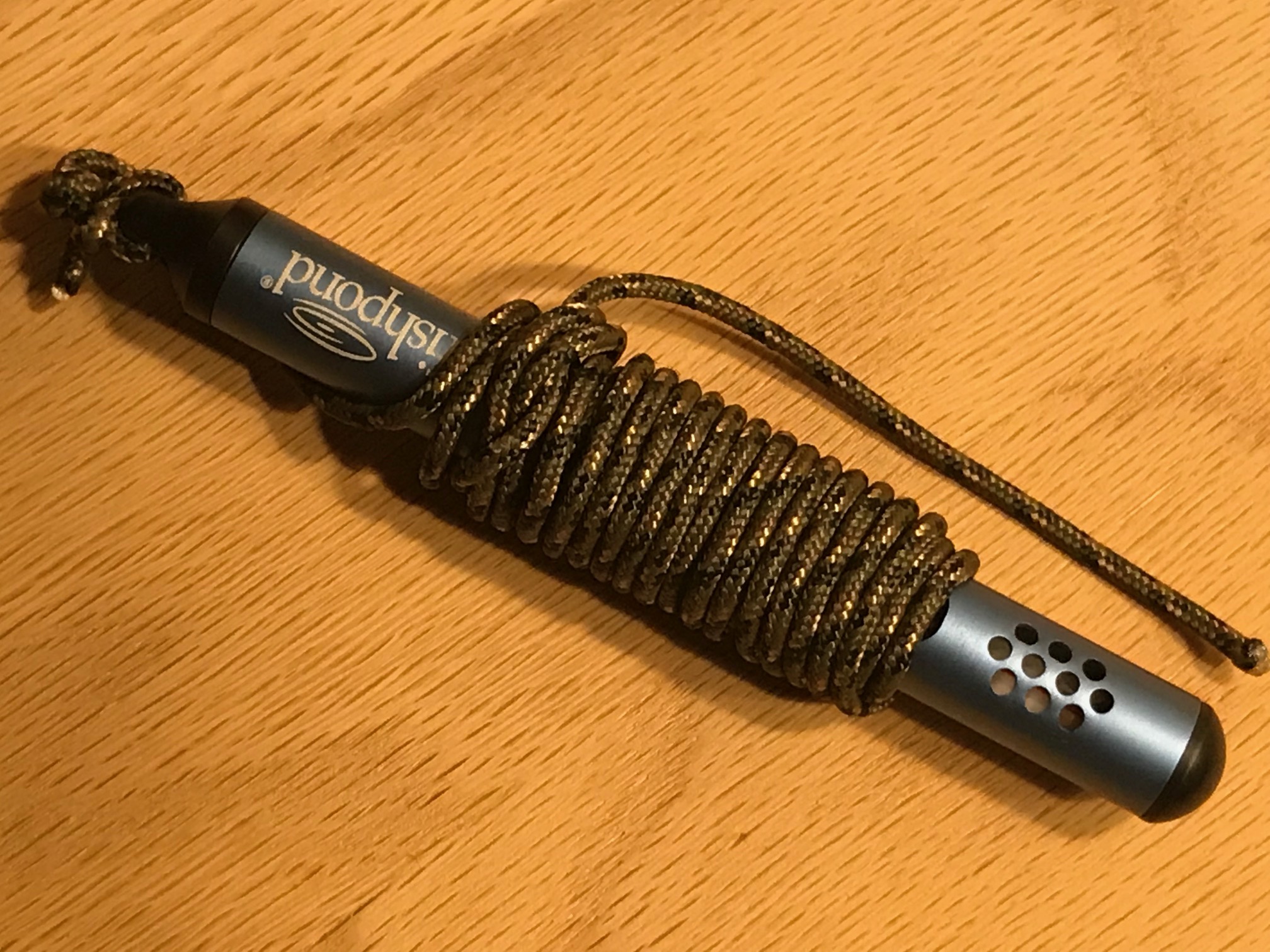 The number one tip I can give with regards to temperature is: Take readings at different depths, at different times of day, and in spots with and without sun. You might be surprised how much the temperature can vary in a stream. And remember, a mere couple of degrees can make all the difference!

Somewhere, there’s a biologist reading this right now and cringing at my unscientific treatment of the topic. And I welcome anyone with a formal background in the subject to chime in and educate me. But this is my empirical testament and perhaps it’s my hubris to trust anecdotal evidence over scientific textbooks.

At the very least, the next time you have a fishless day, now you’ll have one more excuse in your arsenal besides the “wrong fly” defense … “The water was too cold/warm/hot”. You’re welcome.

Do you regularly check water temperature? What insights can you share?