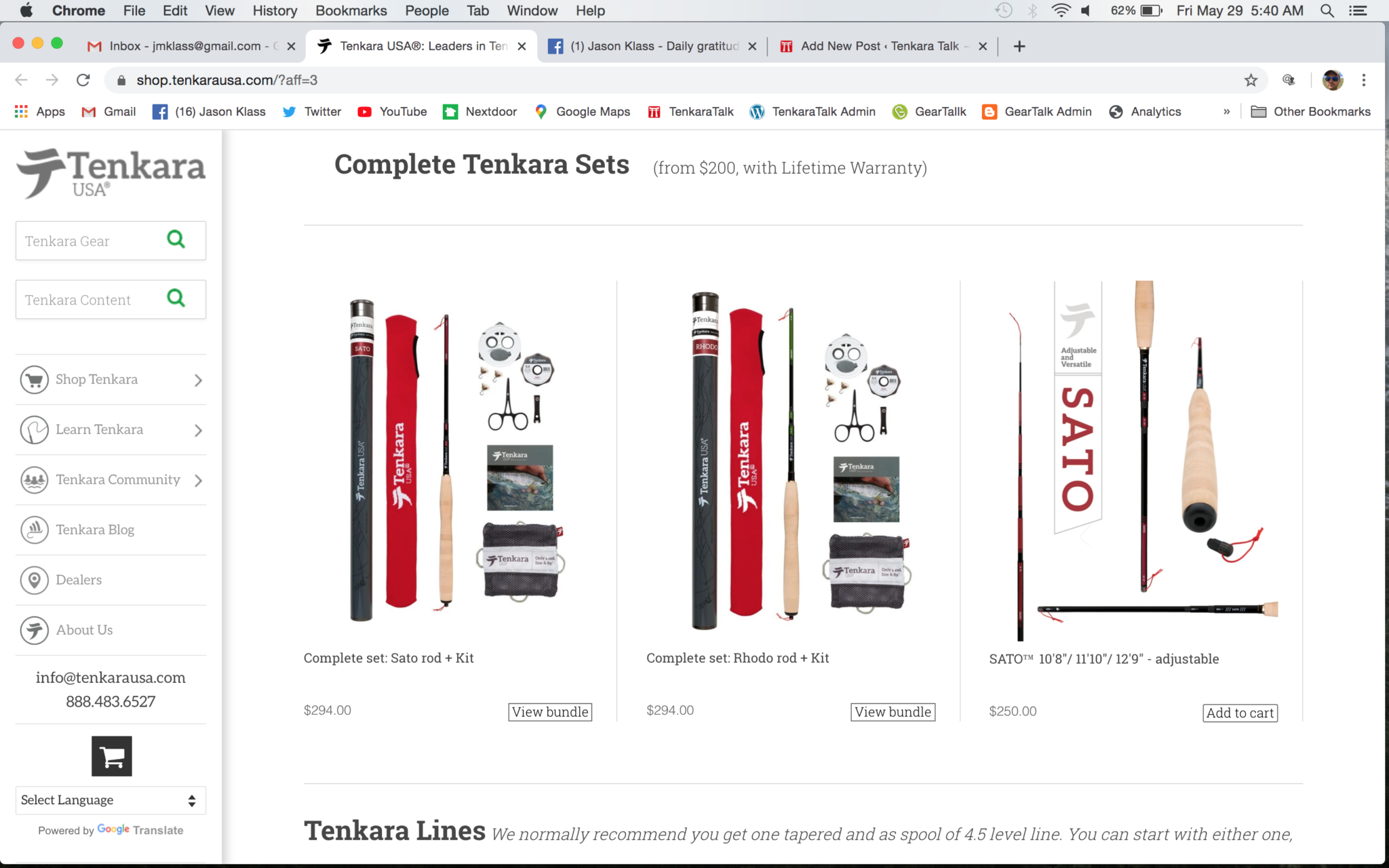 The company that introduced tenkara to the U.S. has just launched a new online store. It’s a much cleaner, faster, way to shop and helps you make a decision on which rod to get based on your area and stream type. Plus, the navigation is more intuitive and you can translate languages and pay by PayPal. Same great gear, better e-commerce experience. Check out the new store here.