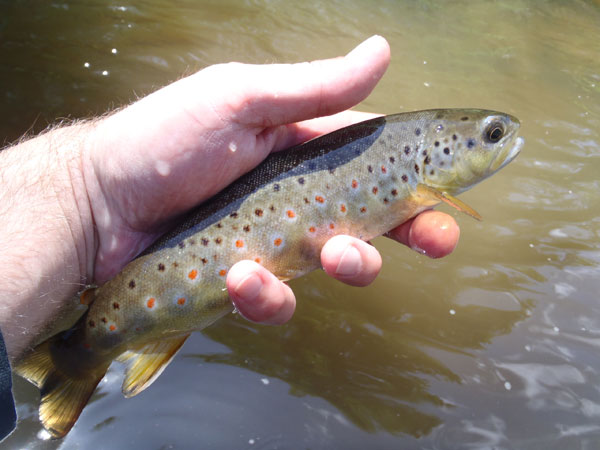 Sure enough, the parking lot at Bear Creek was not only packed, but overflowing.  I was lucky to get a spot from someone who just happened to be leaving right when I arrived.  Hoping most of the cars were hikers and bikers, I suited up and headed toward the stream with a mission:  to not only have a one fly day, but to have a one fly day on the eyeless tenkara flies I’ve been tying.  Mission accomplished! 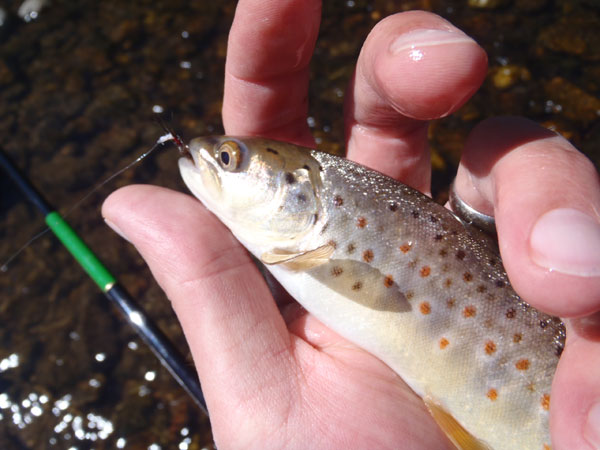 I got a small brown on my first cast and have to say it was nice to get some validation for the eyeless sakasa kebari I’ve been making.  I stuck with the same pattern all day: 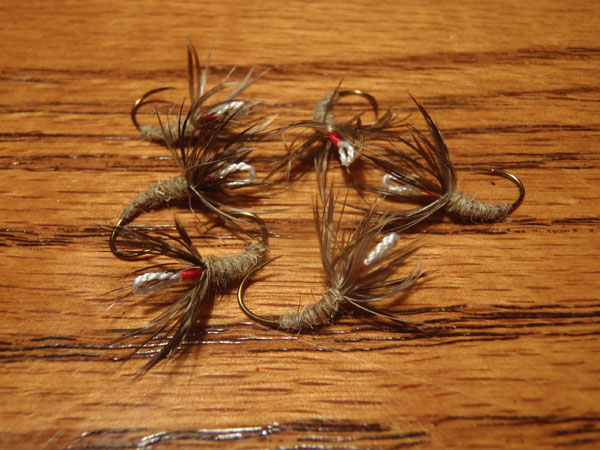 This is a very buggy pattern and sinks well as the rabbit dubbing absorbs water.  Here is what it looks like wet: 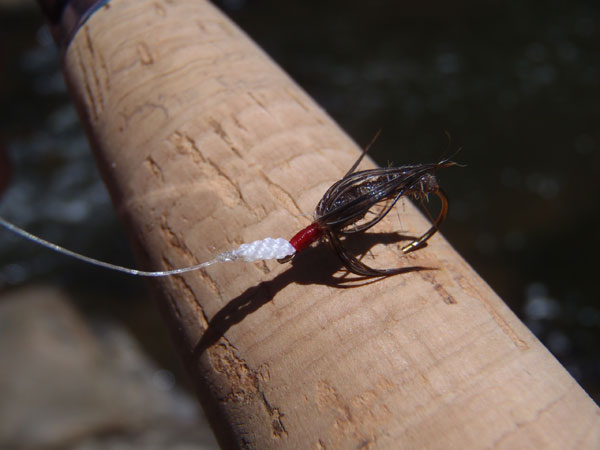 While I only caught seven fish, I’m lucky I caught anything at all given all the people on the stream today.  And considering I outfished other people I talked to (both fly and spin fisherman), I’d say I did pretty well considering I was using pretty esoteric tackle, flies, and techniques on a high-pressure day  I try to do at least one new thing every time I go out and I’d consider today a successful day with my eyeless kebari. 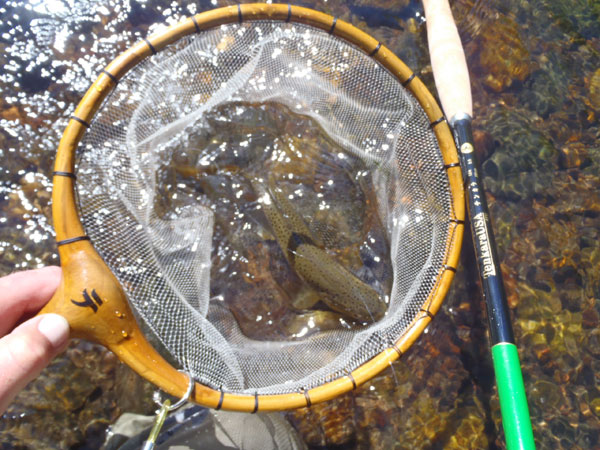 Bear Creek has such an abundant amount of aquatic insect life, I’m surprised the average fish isn’t larger.  I love turning over rocks and seeing what I can find.  Here is an aquatic isopod (sow bug/cress bug).  Maybe this is one reason the Killer Bug works so well there (luckily today, I didn’t have to tie one on). 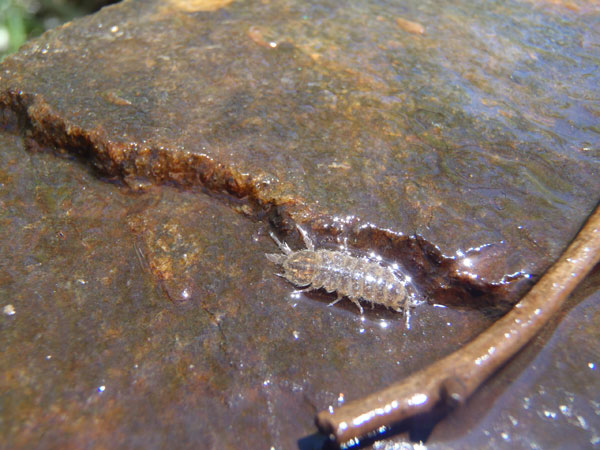 My last trip to Bear Creek, I got a nice shot of a Rhyocophila caddis larva.  Here is a different species of case caddis.  He was a little shy and didn’t want to come out so I couldn’t identify him.  But at least I could admire his architectural skills: 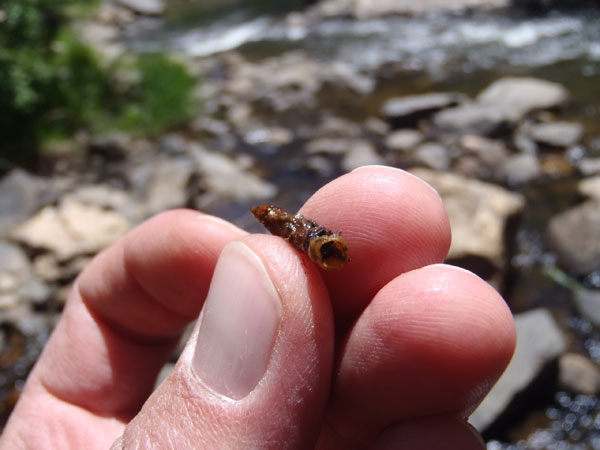 Not a bad day all in all and enough to hold me over until meeting up with Daniel from Tenkara USA this Saturday on Boulder Creek.  While Bear Creek is close and a decent stream, it will be nice to get a change of scenery.  I just have to make it through 4 more days of the “real world”. 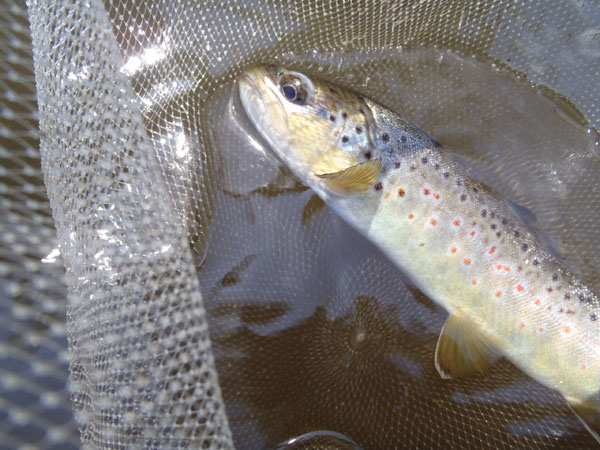