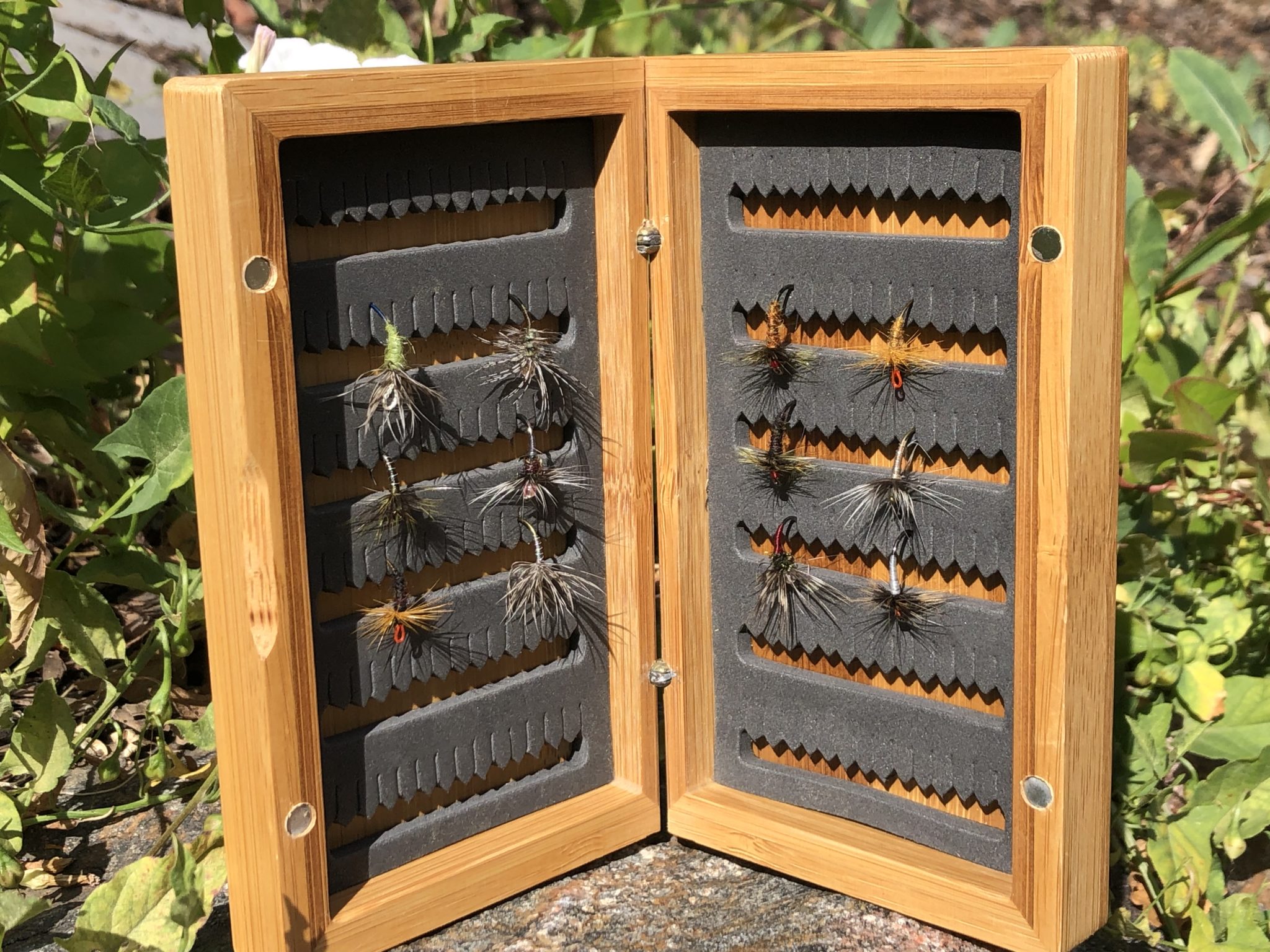 As you know, the 2019 Tenkara Summit is happening in two weeks and I know many of you regret the fact that won’t be able to make it.  So, I’m giving away a fly box filled with a dozen flies to hopefully brighten your day. All of these flies are the ones I actually fish with–I literally pulled them out of my main fly box. And they’ll come in a slotted-foam bamboo fly box. Just follow the instructions below to enter.

Leave a comment in the comments section below answering the following question:

If you could go to the Summit this year, which topic would you most like to see discussed?

If you are going to the Summit, please refrain from the contest and let those who aren’t have a better chance of winning. Winner will be drawn at random on Saturday, July 20th and notified by email.