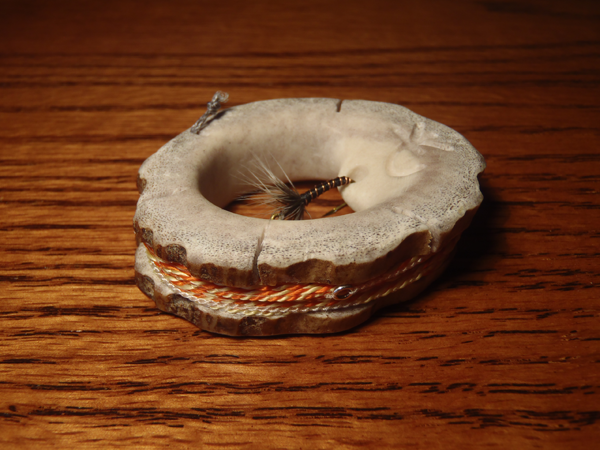 Today, I got my moose antler tenkara line spool hand carved by Chris from The North River Blog.  This spool is a work of art reminiscent of Dr. Ishigaki’s wooden line spool and I just wanted to share a few photos…If you follow my blog, you know that I have a deep appreciation for design and for unique tenkara gear.  When I first saw Chris’s idea to make a line spool out of antler, I just knew I had to have one.  It’s beautiful, functional, and unique.  What else could you want? 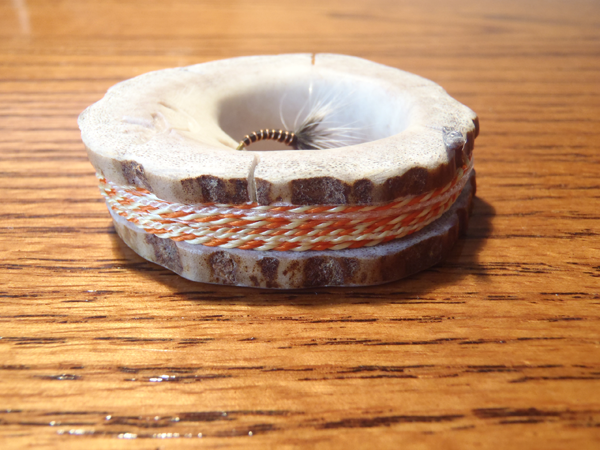 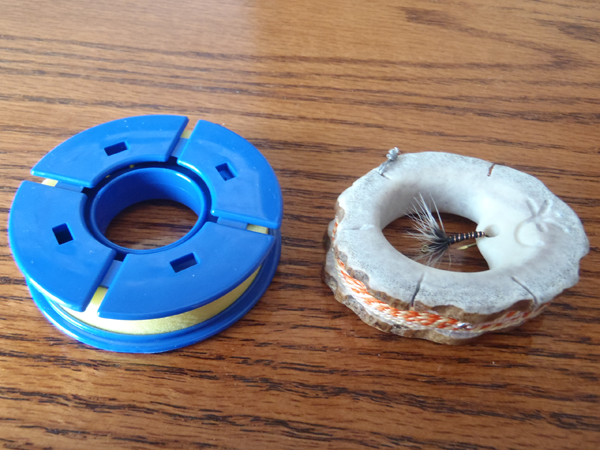 Looking at the photo above, you’ll notice that this spool is slightly smaller than the blue small tenkara spools offered by Tenkara Bum.  For lines that don’t have memory like kevlar tenkara lines, that’s OK.  But for fluorocarbon level lines, it’s probably better to have a bigger diameter to reduce memory.  But that is not a slight to Chris’s masterpiece.  I will use, cherish, and eventually hand down this beautiful spool as an heirloom.  And who knows?  One day it might even end up in the American Tenkara Museum.