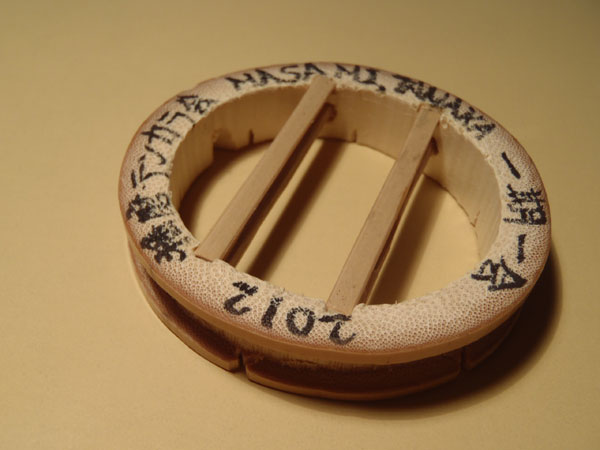 I’ve written before about some unique line tenkara holders such as the bamboo line holder I got on eBay and the wooden line spool Dr. Ishigaki donated for an auction at the Tenkara Summit and the moose antler line spool made by Chris Kulhow.  At the summit, I was able to add to my collection thanks to a gift from Masami Tanaka, one of the Japanese tenkara anglers who attended the event.  Tanaka-san makes his own line spools from bamboo which are not only unique, but also carry a bit of wisdom with them.

The rim of the spool has Tanaka-san’s name, the year it was made, and an inscription in Japanese that reads “treasure every opportunity”.  That’s a good piece of advice to remember every time we hit the stream.

The spool might seem simple, but bamboo can be very difficult to work with.  Tanaka-san explained to me how hard it is to find just the right bamboo and to keep it from becoming infested.  I was truly humbled that he would give me such a beautiful gift that was made with the same passion he has for tenkara.  I might use it a few times, but I’d like to preserve it so it take its place when my dream of the American Tenkara Museum finally comes true. 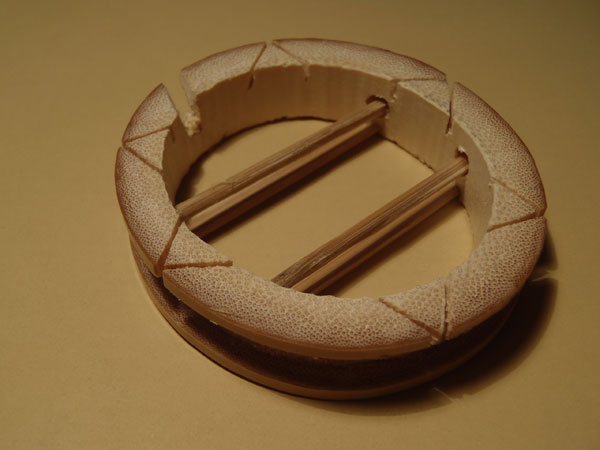