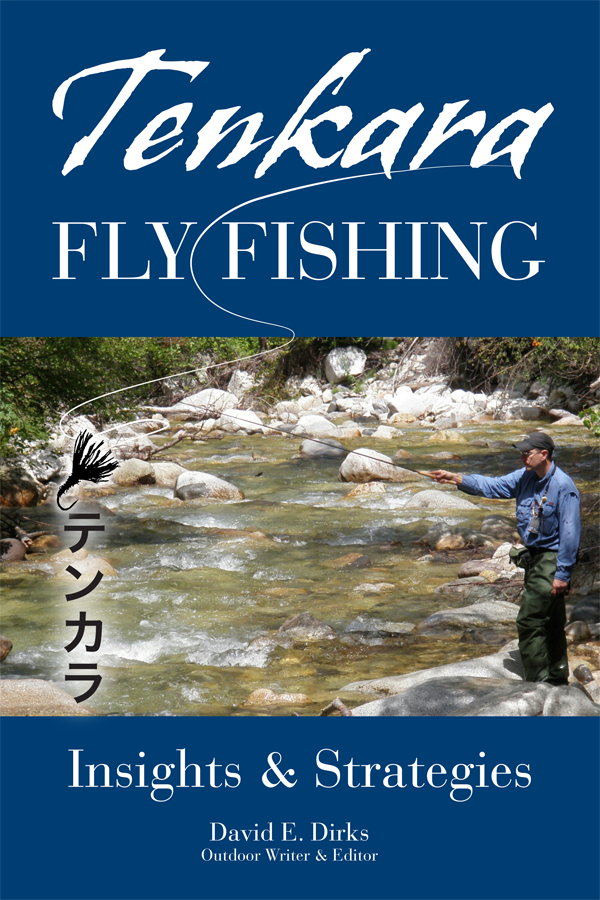 David Dirks had a great idea for a book: put together a list of tenkara topics and get a range of tenkara anglers to give their opinions on them. And that’s exactly what the soon-to-be-released Tenkara Fly Fishing: Insights & Strategies is. You’ll recognize a lot of the names in this book (including yours truly) giving their tips, tricks, advice and opinions on all things tenkara. To give you a sneak peek, here is an outline of the book’s contents:

2. The Essence of Tenkara Fly Fishing

(Note: focuses on how to fish each of the following types of water effectively using tenkara equipment)

12. About Our Tenkara Contributors

For those of you who don’t know David Dirks, he is an outdoor writer for the Times Harold Record. I was honored to be part of this project and think it will be a substantial contribution to the still lacking body of print media on tenkara in the English language. The book is scheduled to be released by March 31st, 2013. Oh and can you guess who that is on the cover?

tenkaratenkara books
About the author